WIFEY NEW TOY.. SHE IS SO HAPPY

Registered
so over the past couple years we have bought and sold some bikes. we have had a few harleys , and indian, i picked up both of my race bikes ( busa and zx14) old kz1000 ... another zx14. some being my bikes and some being my wifes bikes.

one of the employees that works for us had a bad motorcyle accident a few months ago and was almost killed. well after that my wife does not wanna ride anymore. so she sold her motorcycle.

so her and my son worked out a deal... she gave him her 2015 honda pilot touring as an early graduation present from college, with the idea that she wants to go back to a car. She gave him the pilot on december 29 with the thoughts that she would get a new car in the spring. WELL THAT DIDNT HAPPEN .. we picked up her new car this past monday jan 8th .. found a great deal on a 2015 maserati ghibli sq4 , with the sport and cold weather package. exactly how she wanted it .. so we pulled the trigger. car drives great twin turbo v-6 with 404 hp
flew to chicago and drove it back 5 hours home. she is so happy with the car = happy wife , happy life. 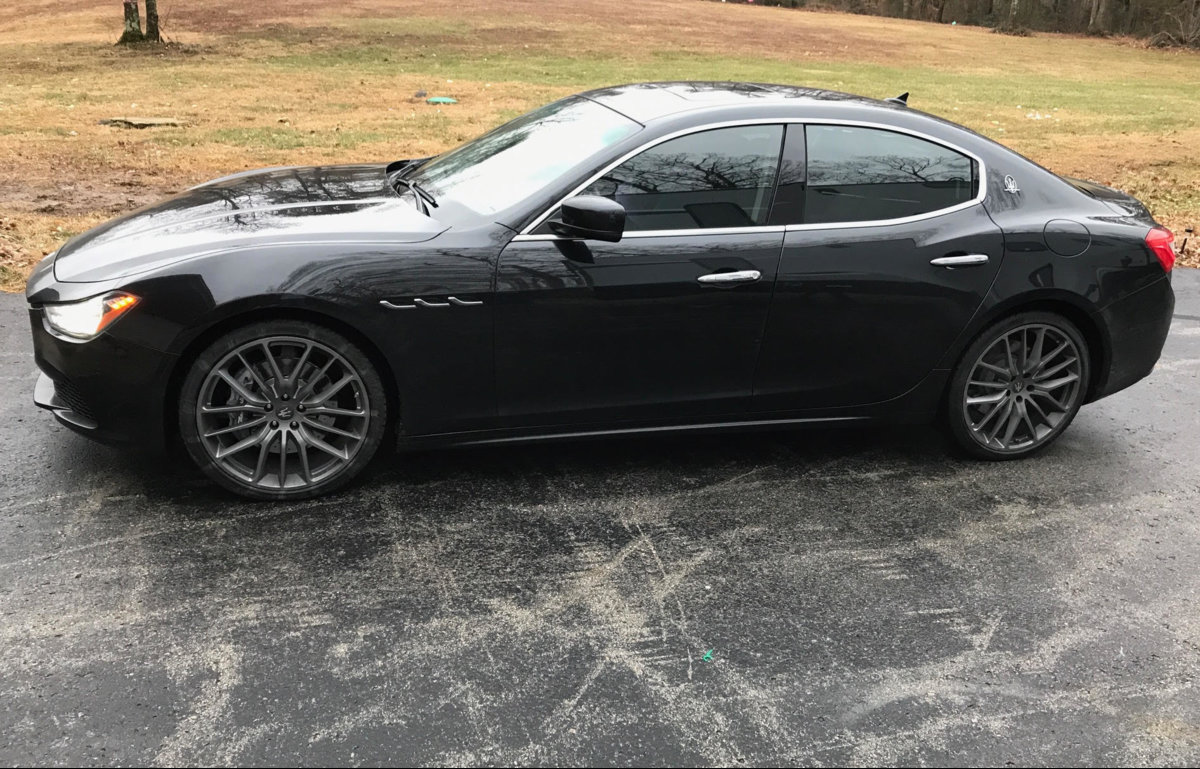 Registered
Just as long as Hubby can steal a drive now and then. If she gets turbos seems like you would get one for the Busa too?

Registered
she bought it on the jan 8th .. she drove all the way back from chicago.. today was the first time that i got to drive it to go get our lunch...lol

btw ... im a nitrous guy ...lol
im just happy that she is loving her car. i can def say, it will be fun driving it this summer. i drive most of the time when we go somewhere.. so once the newness wears off ill be driving most of the time.... lol

Registered
this is why I shouldn't have a few drinks and get on the forum late on a friday night.....
I saw the thread title and my mind went straight to the damn gutter

Tb3 said:
this is why I shouldn't have a few drinks and get on the forum late on a friday night.....
I saw the thread title and my mind went straight to the damn gutter

I am the EXACT same way... I keep hoping as I get older ill calm down... I have a good girl and I don't chase females anymore... but when I get those Facebook messages from exgirlfriends... it is soooooooooooooooooo hard for me to delete and block.... pray for me... I need a pill that does the opposite thing as Viagra.

as far as the car... I don't care what anyone says.. nobody does it like the Italians,

Registered
That sure is a nice set of wheels , should be in the good books for while at least !!

Registered
Another angle perhaps of gifts for wife .... A mate reminded me that he couldn't make his wife happy , no matter what he offered her . Even after he gave her the best choice of two cars , a boat , a full luxury house with pool and lots of money , the dog and kids , divorce....she's still not happy with him !!

Registered
Is it bad that I was scared to open this thread at work?

Lol, anyhow, congratulations on the new car! Hopefully she lets you take it for a spin occasionally.

Registered
good thing for me is that the material things are not what makes my wife happy .. ITS ME.... and i work hard at it every day to do my part .. the bikes the cars etc are all just that .. material things .. we are blessed that we can afford those things. and on the opposite side it is her that makes me happy. i support her as she supports me.

I'm in tears over here
You must log in or register to reply here.
Similar threads
Wifey had our Baby today
Wifey surprised me !
Rear Corbin seat for wifey..
Wifey's first ride - BMW???
Wifey's car kicks Busa's butt
Wifey's christmas present. shhhhhhh dont tell
unexpected purchase for wifey
Helmet for wifey - passenger
Smokey is ready for Wifey
Macon454...this is for your wifey
Wifey bought me a banana hammock
wifey got me good the other day
Awesome early anniversary present from the wifey!
Took wifey to the grassy knoll today
Took wifey to the Dallas Aquarium
Scarring wifey
Looky what the wifey got me
The mad wifey
Wifey got these for me
Wifey got a new car
Wifey Got me a CAKE
Got wifey a bike!!!!!!!!
Track Day pressy off Wifey.
New Toy in the Garage!$
Best toy ever!
My New Toy
New toy arrived ;) KTM 1190 Adventure R
My new mega overkill toy hauler!
New toy added to the fleet...was not expecting to get this, but I am so glad I did!
My new toy: The Hayaboosta
New Toy
Since When Does A Toy Raise My Kid?
New Toy
I finally got another toy 5 years after my motorcycle accident.
New Toy
New toy today
The Olympia Toy Run, DEC 7 2013
new toy
New toy for the military to play with...
Upgraded my other toy today
My new Toy
My new toy!!
My new conceal carry toy
Picked up another toy for the garage
Picked up a new toy.
Brought my wife a new toy...errr..mine too
New toy while the busa is down
New toy to keep the Busa company.....
My New Toy
New toy!!
Share:
Facebook Twitter Pinterest