Registered
Went on a riders rights demo yesterday with my son on the pillion.
A MP in the government wanted us (motorcyclists) banned from National parks and AOB's Area's of outstanding natural beauty. When he realised he couldn't do this he wrote to all the Chief Constables (police chiefs) aking them to give us as much hassle as possible (as if they don't allready). The documents containing the above were leaked to the motorcycle press.
One guy decided to get a protest demo organised with at least 4000 bikes taking part. This took place on Saturday 4th June.
I ended up leading the ride from Peterborough to Toddington. We slowed down to 25mph at the front of the ride across all 4 lanes of the M25 and the traffic behind all the bikes was almost to a standstill. had four police motorcycles with us from boxhill and they were blocking the on ramps to traffic as we went past. We had to speed up from Dartford tunnel due to getting behind schedule. When we arrived at the Ace Cafe there was 2 or 3 police cars a full pig-pen (van) and three lines of police motorcycles plus a breakdown truck. Set off at 15-19 (4 minutes late) for the ride to Westminster with the police motorcycles blocking the side roads off and junctions leading us through traffic lights, and attending to overheated M/C's.
Whitehall had been closed off and barriers all along to park the motorcycles while representatives went into Downing street.
Then followed the ride back to Ace Cafe with the escort.
Back at the Ace cafe I counted 50 police motorcycles parked up at the Cafe.
357 miles from home to back home on the Sigma (389 on the bike trip meter).
42.62 mph average for the whole journey.
8 hours 22 minutes 10 seconds actual riding time 12 hours 15 minutes away from home. 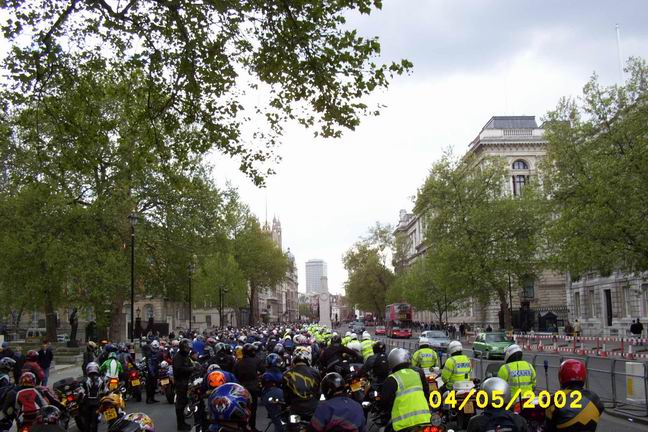 Registered
More pics from the demo 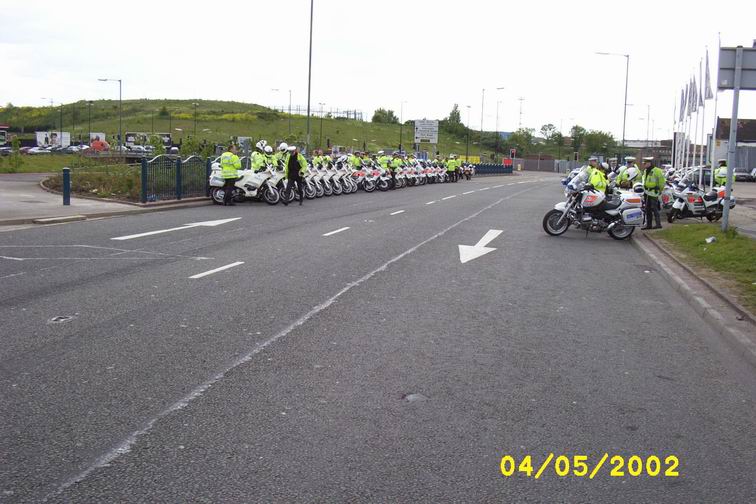