if it works here is a picture of my black bess, with modified seat hump. paint obtained from RS motorbike paints UK (it was a red hump to start with.
I got it finished just in time to watch HRH golden jubilee Celebrations. 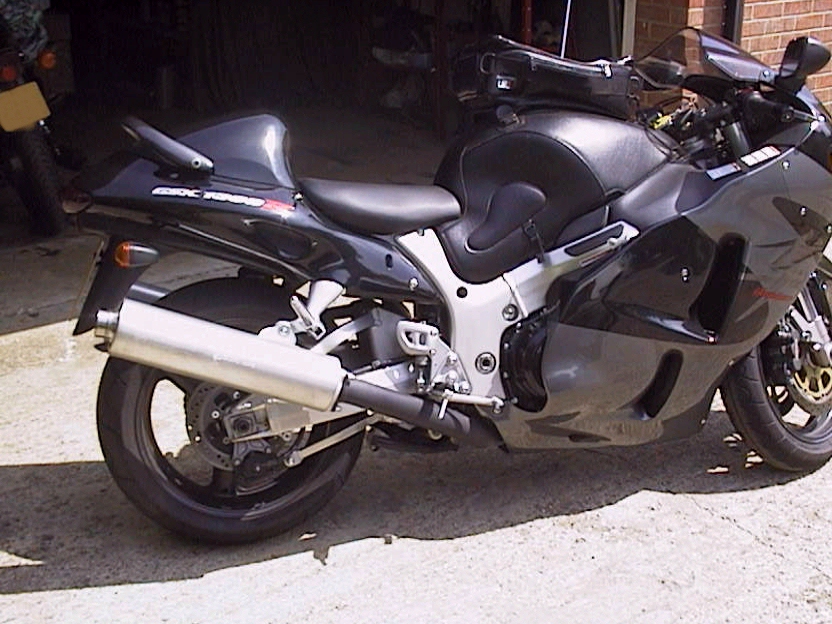 Registered
Who makes that bra?

Registered
Nice job. I will never put my bar back on, but you did a great job.

Anyone modified the hump to hold more small stuff? I moved my tool pouch around and I usually carry a can of juice a small towel and sometimes a small camera. But a little more trunk space would be nice. I am thinking of cutting a hole in the white plastic to access the hump more... anyone else done this yet???

Registered
HAWAII
GO TO SCHNITZ.COM AND THEY HAVE A FENDER ELIMINATOR CALLED TIGER TAIL AND IT GIVES YOU TWICE THE STORAGE.

Registered
YOU CAN LINK THROUGH

Registered
Nice job I modified my hump last year it works very good , but I think I'm going to polish my grab bar but ffor now I like the black look. I've been thinking of ways to mod my hump(not in bed) LOking for Ideas.

The rider formerly known as Howlin_Mad

Donating Member
Registered
I need more room so I cut the white plastic underneath.
Here is a pic... 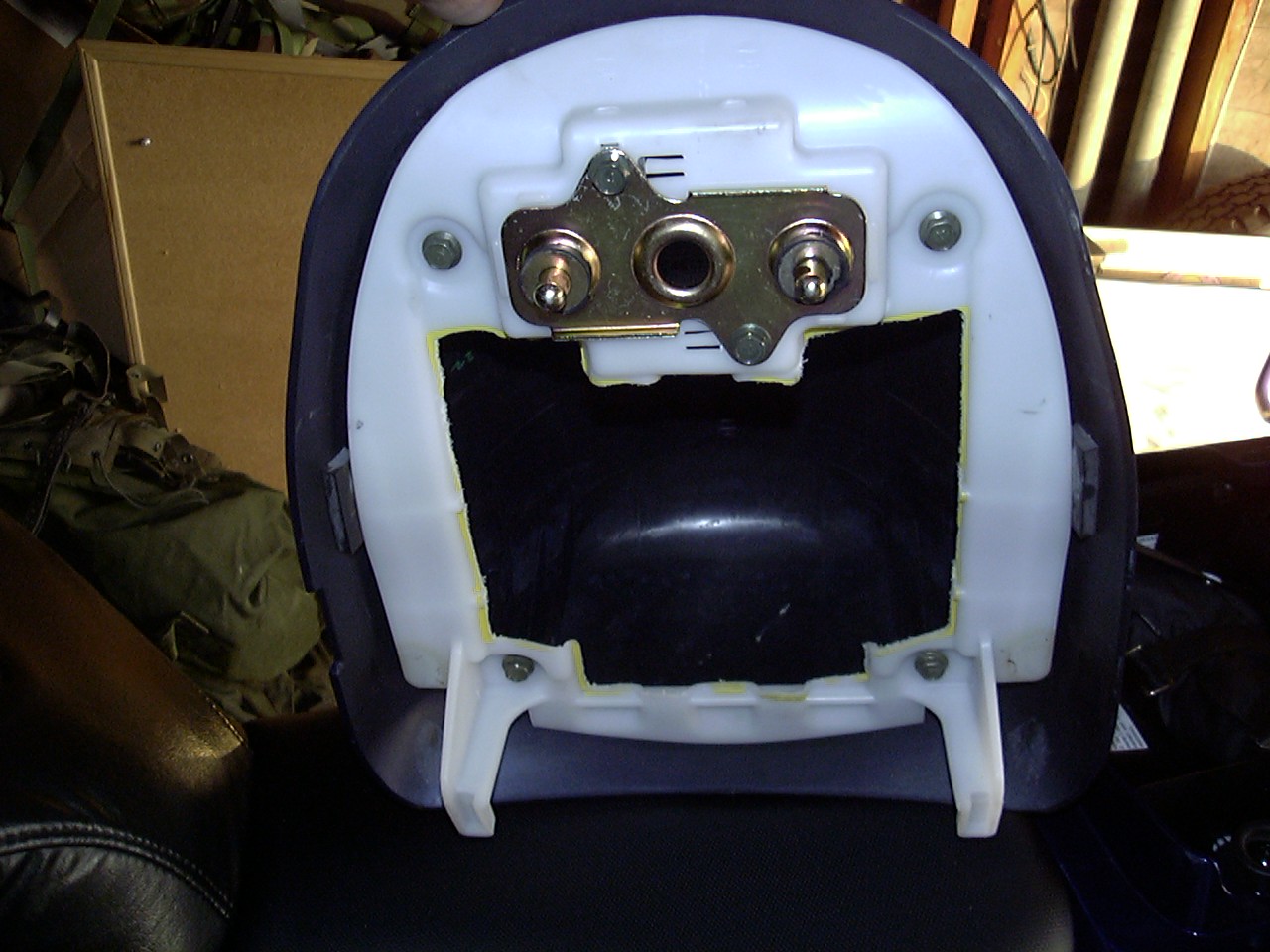 Registered
Howl, doyou have a cover to keep stuff from falling out
R

The rider formerly known as Howlin_Mad

Donating Member
Registered
Generally I put my safety vest in there or my cameras. The camera come all the way down and the safety vest or sweatshirts for night rides fold up and stay in there. Haven't found a need for a cover yet.

Registered
I also cut out the center of the hump, leaving the thicker support sorta beams in there, and it works great. All you need is a Dremel (and don't run it too fast or it will melt rather than giving you a nice clean edge!) There is a huge amount  of wasted space that I think they should have made available, stock, to begin with.

Registered
Sounds good I'll get a cuttin I'll probaly install a net over the opening but it looks perfect for jacket liners and such. don't want anything rattlelin round in there.
D

Registered
The hump mod is a great idea..... I'll be thinking up mods for that the rest of the day.... mybe a good place to store a chainlock and sweatshirt.

Forgot to mention the Mod was not just the fitting, I too had removed part of the basepan plastic (not as much as Hawaii). I had thought of hindging the section removed but found that the wet gear was fine without. I had considered a minature cargo net, but as yet it is still open.
Be careful, not too much in the hump or Suzuki might give that as a reason for subframe brakes, or conclude that it forms an integral part of the strengthing for the subframe....

My latest mod is the additions of Magic Mushrooms ( a crash protection unit that attaches to the fairing).

My most useful purchase to date though has been the tank cover and tank bag from Baglux UK.

What are you guys paying for tyres? I have just got a replacement Bridgstone for GBP £126.

Donating Member
Registered
Hi ya Silver, not sure what the price equates to in UK but here from the shop new Bridgestone tire is about $190 I got a new Bridgestone BT 010 for $109 ... so cheap I bought 2. But the shipping to hawaii was $50 per tire by the time I pay $25 to have it mounted & balanced I'm about back up there again. Anyway Bridgestone has replaced that tire with the new BT12. I like the BT 010 so far. Seems better than the stock BT56 to me.

The guy I purchased the 56 off works for Bridgestone and helps out the GP and WSB guys when they are riding the UK.
He advised me to stay with the 56, it was apparently designed for the bike. He said that the extra rubber on the 010 / 020 and 12s buildup extra heat at extreem speeds and do not dissipate causing the type to wear down quickly and can produce a weave or tank slapper as we would say over hear in blighty.

I know some of the guys here are using Avon Azaro's.

The price at you end seems about the same by the time you have it fitted.

We are suffering over hear with automatic speed cameras poping up all over the place, but the law is about to change, makeing the authorities point them at the on comming motorist, so that the get a picture of the driver and the vehicle registration number. So they now have a number of photo's in their archive of bikers giving them the middle finger salute.

Are you guys still stuck at 55 mph on minor roads?

I have yet to findout what my machine will do, but saw 160 with the brother in law on the back last week.

Have you had yours to the max yet?