chime in if you know what I am refering to.

Donating Member
Registered
LOL, what a way to start a post, but yes I know what you are talking about. I won't give it away for those who don't.

Donating Member
Registered
No cock-a-leekie for me. My buddy got hit with it once, we still clown him for it!!


Hairy coos is unacceptable!!! I'm the one wearing the goatie in this relationship!!!!

Neither sound to inviting.

Donating Member
Registered
I am as and will always be clean as a whistle.

Registered
Been there done that got the shot and the lecture...

Donating Member
Registered
Sounds like some of my 2 year olds "code" talk .

I'll go ask him what it means .

Registered
sounds like a drink, but I wouldnt put my lips on either of them.
B

Donating Member
Registered
ok ... well, as I was reading the latest edition of Escape magazine (vol3 iss3)... I came across an article on riding through Ireland.
It seems that the 'cock-a-leekie" is a Scottish traditional soup dish in the North back country where Gaelic is the word of the land.
As for the "hairy coos".......it too is a local term for cattle in the area.
I had to google the coos to get a pic of it.
"coos" = cows (in an Irish/Scottish accent) 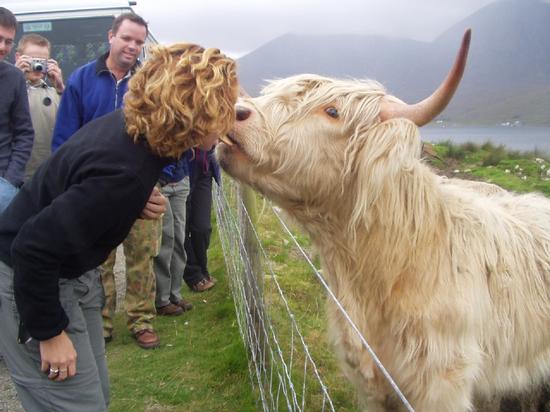 for anyone that enjoys a little touring ....Escape magazine is a new rag that gets published every two months...and covers many touring / gear / safety topics.
It has JUST started taking subscriptions in the past few months...so pick it up and see if it's too your liking.

and FWIW... in this issue they did a thread on the PNW touring and Pashnit got top reference listing for that reqion....so congrts too him as well !!!

Donating Member
Registered
Guess my minds in the gutter 'cause I was thinking they meant something totally different .

Donating Member
Registered
Was thinking hairy coo to be a dirty sanchez. Bunch of pervs we are

wasn't till later that I thought of the title:
" does cock-a-leaky come from a hairy-coos?"

you can thank dan brown's - davinci code for my weak attempt at a play on words.
the book though is a good read ... might see the movie now.

I had no idea, thanks for the websters def there on this one.
You must log in or register to reply here.