Donating Member
Registered
Just put a deposit down on 2002 Special Edition Busa (black). But after hearing about starter gear/clutch problems with 02 models....I am wondering if I should go with the 2003 Busa (dealer will allow this). The 03 models have the bigger gear and should have no problems. But I love the Black 2002 SE...it is a magnificent machine...but I don't want to see it in the shop nor do I wish to be stranded should the gear turn to powder. A few mechanics said that a stock bike with no modifications and abuse should have no problems PERIOD.

Can you shed any light on this???

Administrator
Registered
Welcome to the board.  If you like the SE then go for it.  IF it does break then let the warranty fix it.
Jim

Registered
Welcome to the board. I agree with the others if you like the black buy it. Or wait and see the 03 I think it will look far better up close than the pictures show.
S

Donating Member
Registered
The all black SE is a wise choice. Go For It!!!

Donating Member
Registered
Thanks gentleman!  Sounds like many black busa fans out there!  But, let me reword my question....were the starter gear problems a result of folks modifying their bikes with nitrous and turbos etc., etc.. and a stock bike should be have no problems?  What do you pros hear?

A topic shrouded in mystery.

Really though, the starter clutch problem goes both ways, with reagrds to SE or regular 02's.

For example, their was a thread about an SE in Boston that broke severly.

My personal experience, my neighbor has a 02 blue/black, with an M4? complete exhaust. His starter clutch went, but not to bad, did not come through the case. Anyway, when he picked up the bike, the mechanic said that he was suprised the the starter clutch broke because the bike was pretty much stock, except for the pipe.

But then you have the case of other SE's also breaking with no or little mods. My SE only has Yoshi RS3 slip on's, nothing else.

So, it appears that NO 02 is immune from this occurance. You can buy a larger starter gear for the 02 for $189.00, (Don't recall the web site), grinde down the inside of the starter case, and the larger gear will not allow this to happen.

Additionally, thumb the starter until the engine fires. Don't thumb, stop, thumb again immediately. Wait at least five seconds before thumbing the starter again, to allow the starter to reset it self.

I love my SE, if you want to see it look in the thread "Undertail Mods" in the modification section.

GO FOR THE SE. 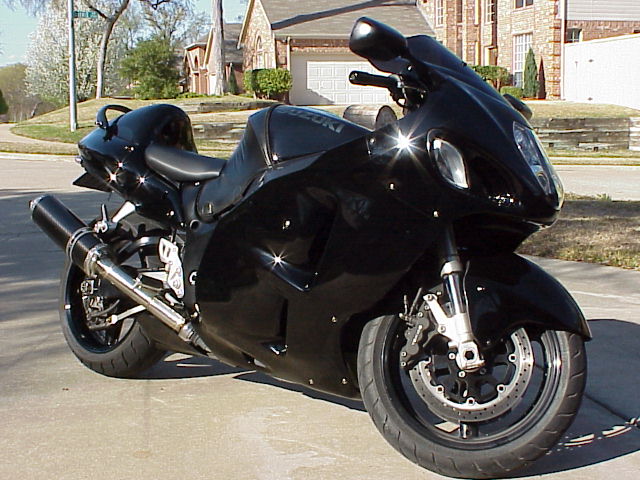 Registered
It happens that the Boston SE was mine. It broke bad and had to be towed at 5:00PM on the southeast expressway. (A mess). My bike is completely stock and only had like 800 miles when it happened, so the problem can happen to any '02 bike modified or stock.

Regarding your choice, the '02 SE looks awesome and is probably the most aggressive looking busa of all. Unfortunately it has that little flaw. Since the dealer fixed it, I have ridden the bike for about 1K miles and have had no problems. Flaws like this one are always a gamble when purchasing new models of something, be it cars or bikes, you name it.

I love the look of my bike and maybe the '03 will look better in person than it does on the pictures.

Registered
Just a note, my 02 SE has 10,000 miles on it. Addtionally, it also helps if you keep the battery fully charged. It seems that trying to start the bike with a low battery will make the situation worse.

Registered
if you have a choice go with the newer 03', only for the fact thqat it is newer. 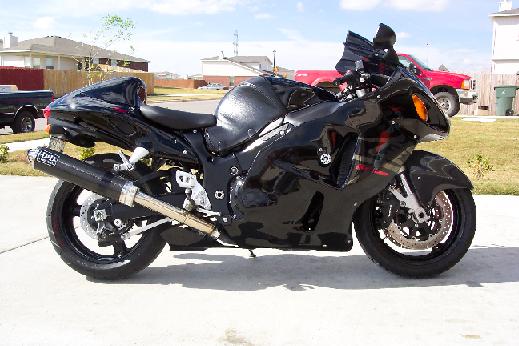 Donating Member
Registered
My 2002 is in shop now mechanic checked out and said only needs new starter. If it was bad he said itwould have needed the cases replaced the new cases have more ribs for strength he said. These are the same cases that will come with all 2003's. The 2003's starter is also even heavier than one they put in 2002 unless cases are replaced. This is what I got from mechanic who I've known for years and is pretty sharp. My 2 cents I would buy 40th anniversary edition in a heartbeat if I was you.
You must log in or register to reply here.
Share:
Facebook Twitter Pinterest