Registered
is there any mark on the inside of a fairing that proves it is OEM? Is there any way to tell without having the fairings in hand to compare to OEM plastics?

Registered
I see this inside my OEM fairing. 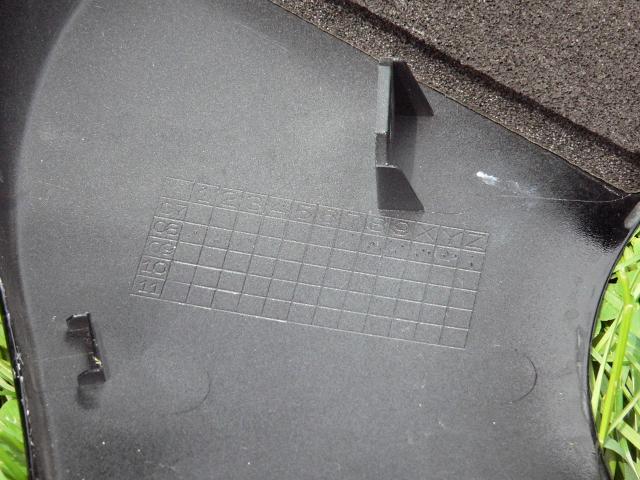 will that prove it?

I am interested in some fairings that are being sold on Ebay but I would feel a lot more comfortable if there was some way for the owner to demonstrate that the fairings are OEM.

Registered
Here is one pic the seller put up. 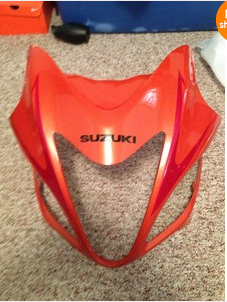 My nose fairing stickers seem to follow the flow of that ridge along the top outer edge perfectly. These stickers look... bent. ...or is it just me? 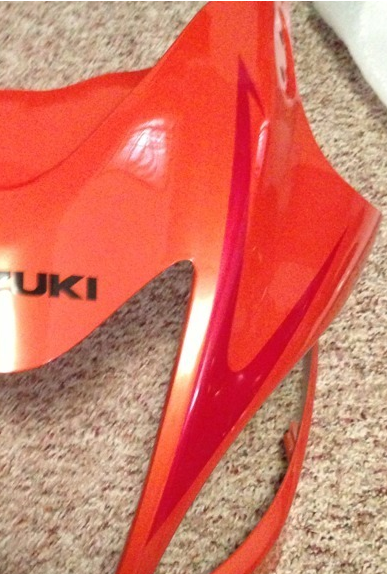 Registered
now look at this....here is another nose I see on Ebay. Those stickers point straight back at the n mirror mounts. 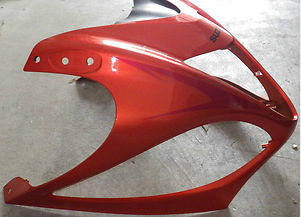 Not only that, the dash piece should be black like we see on this one. The fake has a orange dash....or am i crazy? 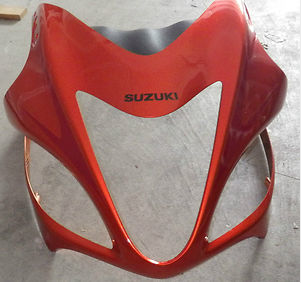 Registered
I should send the douche a link to this thread. ...even though I am the only one who posted on it.

Registered
Here is the left side cowl.

That isn't real. I have a damn 2008 orange left side sitting right in front of me. That logo is all wrong. 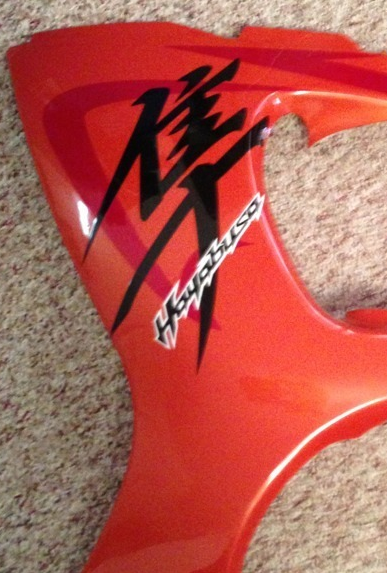 Registered
Well, I've had it with this. I just talked to the guy on the phone and told him his fairings don't look like my fairings. He said 'Oh really?? I just took them offa busa."

...which begs the question "why are these fairings listed as NEW on Ebay?"

So there you have it. seemed like an ok guy but uhhhh .......NFing way am buying NEW fairings on Ebay. I'll continue to buy cheap crap I can afford to throw in the trash on Ebay but not durable goods.

hope this helps someone

Donating Member
Registered
hard to tell from the pic's. fleabay is haven for replicrap.

Donating Member
Registered
Sounds like you're venting to yourself in your own thread.

But the dash does look diff? Hey your gut is telling you no go so don't. Plenty plenty of other stuff out there.

Registered
hard to tell from the pic's. fleabay is haven for replicrap.
I have no problem with knock offs just don't lead people to believe it is the genuine article.

Sounds like you're venting to yourself in your own thread.
I was but I hope this alerts others to the potential disaster that would result from assuming that stuff is NEW and Genuine just because it says so on Ebay. This guy even had a 100% satisfaction rating. that means nada. He was slipperier than a greased weasel.

Hey your gut is telling you no go so don't. Plenty plenty of other stuff out there.It's not just my gut at this point...on the phone, the guy played dumb and then basically admitted he took the fairings off a busa which means USED...I'm sure he tried them and found how bad they were and now wants to unload them.

I tried not to be an ass but I told the guy these were NOT OEM and he didn't try to argue.

I'll be going with Honda East.

Donating Member
Registered
You are correct. Those are NOT OEM cowlings from Suzuki. Not even close. The color even looks off

Donating Member
Registered
Yes the color does look a bit different, but also as Blanca mentioned...my dash is black, the one for sale is orange.

Registered
Did he have them listed as "new" or "new OEM" fairings? Because if he only said they were new then he technically didnt lie about the fairing because they could be new knock off fairings. If he said they were OEM and clearly they are not you can file a complaint against him on ebay and get your money back

#1busa said:
Did he have them listed as "new" or "new OEM" fairings? Because if he only said they were new then he technically didnt lie about the fairing because they could be new knock off fairings.
Click to expand...

Yes, I have to admit that same idea crossed my mind. He listed thaem as 08-12 hayabusa fairings. This Item is: New. Yes technically what he called them was NOT lieing but it is deceptive. That is how everyone lists genuine suzuki made fairings....they don't bother with calling them OEM fairings....I think that is assumed. You list the brand when they are aftermarket. It is not significant to list the manufacturer when the manufacturer made the whole motorcycle. but yes, it is true that a private party not listing them as Auctmar (or whatever brand they are) is not lying. However, if Auctmar sold these, you can bet they would get all kinds of heat if they did not list them as Auctmar Gen2 Suzuki Hayabusa fairings. In fact, you can further bet they would include in the description a disclaimer on color match.

Anyways, the douche told me in an email that they were NEW and they were OEM. ...so he is a liar. no slack deserved here at all. He wasn't the sharpest tool in the box but he damn sure had enough intelligence to know they were not NEW...he said on the phone "I took those off a busa." my AY es es. He bought crap fairings and he wants to sell them.


#1busa said:
If he said they were OEM and clearly they are not you can file a complaint against him on ebay and get your money back
Click to expand...

I looked into just filing a complaint because the guy is a dirtball. It was not a simple procedure ...perhaps it is more direct if yo actually owe money for winning a bid. Fortunately (for me), two other people came behind me and overbid me so I am not out any money. I hope he had some buddies bid on the fairings to artificially raise the bid otherwise someone out there is going to get screwed on this. The black undercowl looked just like OEM.

Registered
Glad you were paying attention and didn't get shafted.
You must log in or register to reply here.