New Busa rider from the UK

Registered
Hello all, first of all this is a great forum been following it awhile now. I rode a Yamaha XS250 custom with a sidewinder back in the late 70s, I did some bike training around 1976 but I didn't carry on with it, the trainers were still talking about one of their students who'd gone out for his test and at the emergency stop ( for those lucky enough to be young enough not to know this, the tester was a pedestrian and made you do a route which criss crossed where he was), the tester jumped out from behind a tree with his hand up, clipboard in the other hand and got promptly ran over by the bike ! what had happened was another biker riding an identical bike with a flecky tabbard and his sandwhiches cargoed down had come down to have some maniac jump out from behind a tree !! The rider was ok the tester a bit roughed up, the trainers could hardly breath telling this tale.
I had a load of bike mates back then two aren't with us anymore, the maddest one called snowy had to memorise the number plates outside the test centre as he was myopic beyond belief, he once rode into a parked car down hospital street in Kidderminster.
I did the zero to hero in 2005 had a 125 before to improve my feel for it, only had a normal jacket which filled with air like I looked like the michelin man. Had a GPZ500S, fj1200, and a Bandit 1200s but always wanted a Busa, so I'm now finally the proud owner of a 1999 original unrestricted version.
So Hi & respect to you all here. 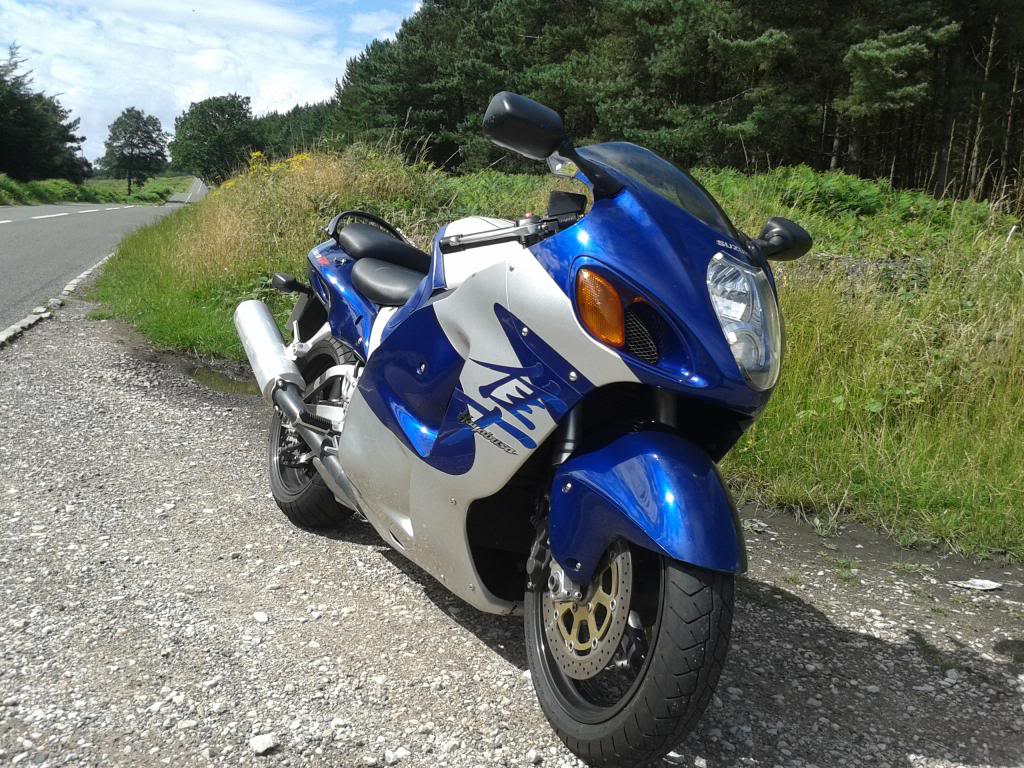 Moderator
Donating Member
Registered
Welcome to the oRg, very nice bike you have there.

She looks clean and un-tampered with.

Registered
Great bike...I wish my speedo went to 220 (or whatever it is where you're at..lol)

Registered
welcome to the org.

twotonevert said:
Welcome to the oRg, very nice bike you have there.

She looks clean and un-tampered with.
Click to expand...

Thanks Twotonevert I'm so lucky this bike has only 7,500 genuine miles & is mint, 1 owner from new, ridden to Assen 3 times then garaged, thats gonna change

Cheers Quicker Gixxer, it does show 220 but I'm no where brave enough to get any where near that :blush:

Hi Newman whereabouts in England are u bud

Registered
Welcome aboard. Nice bike you got there.

Another UK Busa rider. Welcome to the forum and enjoy your ride!

Registered
Welcome! I love that color scheme. My last bike was from a 2001 bandit 1200s, great bike but no Busa!

Nubie from the UK
2

good evening from the uk
2