Hey all a shout From South Dakota

Donating Member
Registered
Hey there all just thought i would actully post a heads up as to whats been happening around here i know i haven't been around the board much and a few of you are probly going who the heck is he. lol well anyways.

Things this year have been interesting bought a nice 00 busa and well sold it again cause i had big plans of drag racing but with my father passing away and the year being so dry here i just couldn't see a good bike go to waste so a guy i meet from up in ND took it and gave it a new good home and is happy with it from what i can tell which is good.

Other then that i've been putting up with alotta BS between uncle same and mother nature was not kind this year and didn't quite get me all the rain i woulda liked or well at the right times so that has made things tought. Uncles sam on the other hand is getting the estate settles of my fathers property that is still a fun and on going battle. I meet a gal that was great at the begining of the summer but we have had a good share of ups and down in that right now. granted she has probly been the only thing that has been keeping me from saying fugg it all and disappear so i have to thank her for that. Been trying to keep up with Sled and Val both of which have had there ups and downs this summer as well. i so need to get back up there to just hang out with you boys,

The turbo bike Berserk is well finnally gona get completeed this fall the after finding the turbo was being bad and not haveing anyluck with someone that really wanted to help us out i said heck with it and called Rich From RCC turbos and ordered a stage 2 kit from hime with a intercooler. So that will be here within a month and going on the bike. and the old velocity kit i plan to just part it out so that will be showing up on the auction block here this winter along with a few other parts.

As for everything else i guess i'm getting by it's been a emotionally up and down year for me so thats kinda why i have not been around a whole lot. But things are getting better i think well i hope so anyways.

Umm lets see what else oh i traded my 05 GTO for a 04 Ford Lighting i know weird mabey but hey i got more use for trucks then i do cars and well i like the L it's been a fun rig till i did something to it. still waiting on word from the shop as to what i did.

As far as bikes go i still got Berserk i'm married to that bike till death do us part. The 03 Interceptor has a been a nice stand in but it's no busa. so i may be getting rid of it this winter for something else as to what i have no clue yet. If my and the GF stay current we may look for a SV ro a GSXR 750 for her. I do have to admit since there are no new updates on the busa i may look at a ZX14 or the BMW k1200s i like both bikes and well with the price tags the ZX will probly win over the the beamer not to metnion dealership location but only time will tell on that end.

So whats all new around here? i see a lotta new faces and some of the old ones which is good to see bikes comeing and going and also people. I know of a few people up here we lost this year to plain stupidity and the others just don't learn. it just makes me well. i won't get into that now thats for another story day. lol anyways this has probly been long winded enough.

lol its all good man i just hope i can make the next one.

Donating Member
Registered
Wow, that is a great story.

You should write a book.

Donating Member
Registered
Hey Bro, was kinda wondering where you took off for...

Sorry to hear all the trouble you've seen this past year and glad you didn't let it get you down to much.

Good to see you back on the board.

I WAS ALSO CURIOUS MISSED YOU AROUND MAN

Donating Member
Registered
"That which doesn't kill me makes me stronger"-


Yeah and that SOB Nietsche was a stone masochist....

And it's amazing what we can live through sometimes...

Welcome back. Good to see somebody brushing the moss off.

Registered
WOW1 Good to see u around again.

Donating Member
Registered
Well thanks all how have some of ya been? i've been reading through some post but you know how that goes it takes some time.

right now i got the lovely grind of trying to harvest what little crop i did get which there is alittle there at least i guess thats a plus and well toying with bike idea and further mods to do.


The list with berserk is getting so long now that boy it's hard to keep track lol granted i have toyed with the idea of single sided swing arm. and mabey a diffrent set of wheels i have done the suspension this summer and brake rotor upgrades i guess i could look into the master cyclinders and such i have even toyed with going with a full digital gauge setup. ahh decisisons decisions and the funds to make it happen.

So BT what are you riding for a bike now? are you looking at getting another busa again mabey?

Donating Member
Registered
Thanks for asking.
Summary of recent events.
Sold bike.
In-laws screwed us out of quite a bit of money.
Highlight-----Had a baby boy in July
He had some troubles, but all is well now.
In-laws paid back half of the money, I have to eat the rest of it.
Just picked up another bike Sat.
Got laid off from work today. 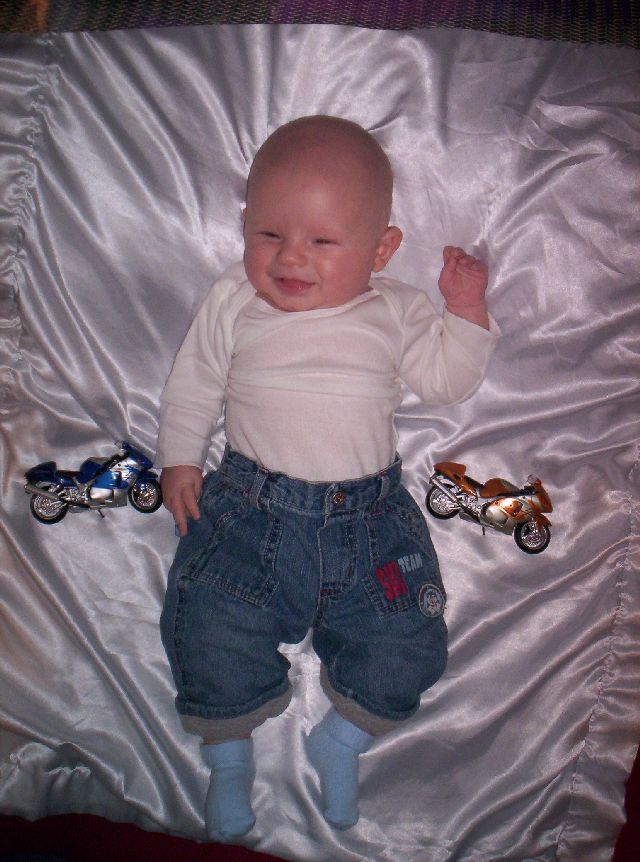 Donating Member
Registered
New bike.
Drove over 1500 miles to get it. 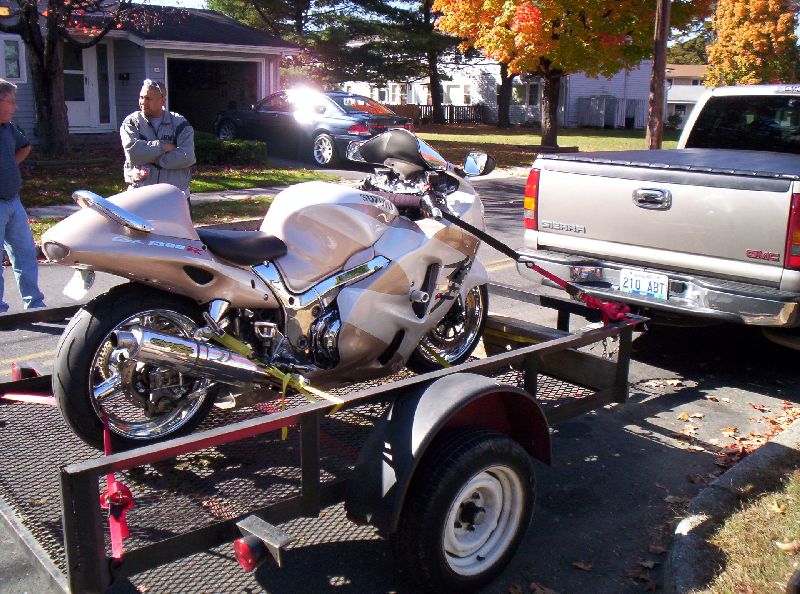 Donating Member
Registered
How about some new pics of yours.

Donating Member
Registered
dang man you got a beauty of a bike there now i was so looking at this past spring when it came up for sale and i came so close to pulling the trigger on it but glad it went to a good home.

Donating Member
Registered
Thanks on the bike. He ended up cutting me a pretty good deal on her.
Yep, fatherhood has definetely changed my outlook on life. Wouldn't change it for nothing now. As for the other stuff, it can all be worked out.

You'll get your bike back together in now time. But be sure to post up some pics.
Don't be a stranger BTW!!!
You must log in or register to reply here.