Finally bit the bullet and purchased another Busa.

Donating Member
Registered
For the longest time I have been telling my friends that I have always wanted a turbo busa. For some reason I could not drop the money for a turbo set up. For me I would rather physically see another bike in the drive way.

Years gone by and finally said fudge it and I was on the hunt. Found a bike that peaked my interest. At first I was a little hesitant with all the chrome work done to this bike. Peeps who know me know that I am not about the flash and pretty low key. Said what the heck and I was off. I purchased this bike to go low and slow I told myself. Grabbed the trailer and I was off.

Its an 08 with 3100 miles. Velocity stage one tuned by Jason at RPM Cycles (240 HP). Just about every part has been chromed. RC components swing arm (10 over) and alien wheels. Its a 240 kit with the inboard brake set up. 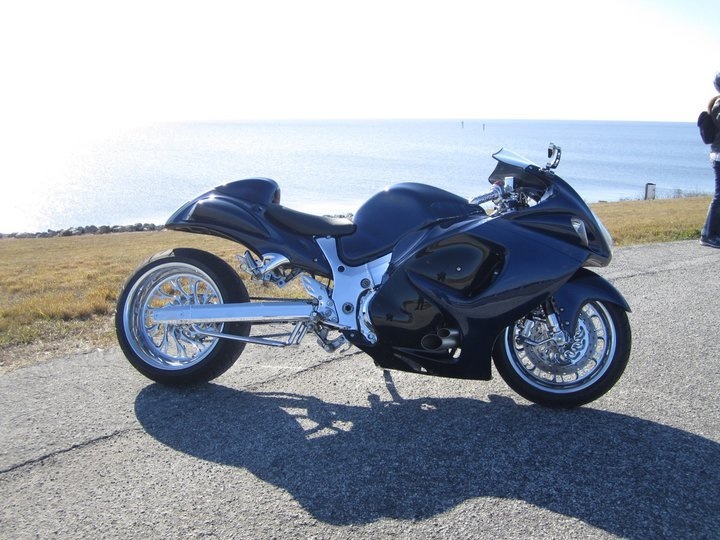 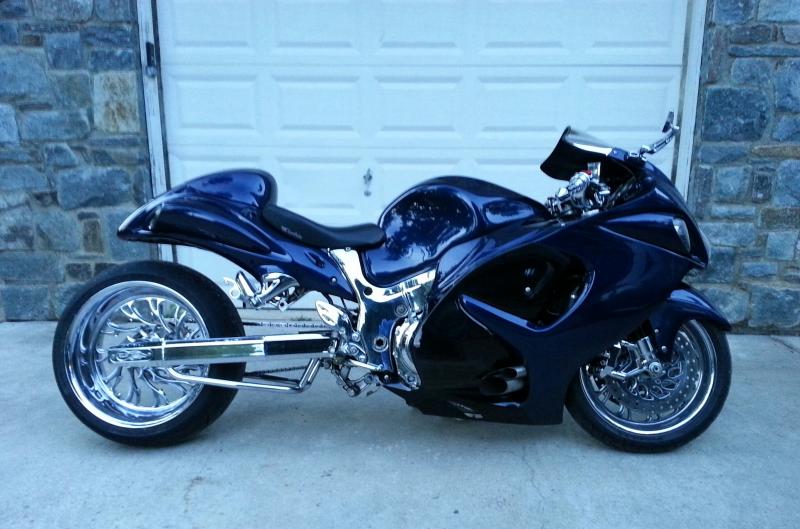 Congrats on your new purchase buddy!

Did you get rid of the white Busa?

Congrats on your new purchase buddy!

Did you get rid of the white Busa?
Click to expand...

Slowly putting it back to stock. It will be for sale.

The artist formerly known as "sleeper_red"

Donating Member
Registered
Congrats, at least you have a selection of helmets to go with it

Did you happen to pick that up in FL? Looks exactly like a friends bike who's been trying to sell.

Registered
I saw that bike on ebay...made my mouth water. Good job

Registered
Congrats! Looks awesome.
Have you ridden it yet?

The artist formerly known as "sleeper_red"