Video of my sons first ride

Donating Member
Registered
Man, the video tape ran out when he found his bike, but it was awesome, his expression was priceless. Soon followed by a morning riding lesson. Dont think the audio is working until I can get the full video edited later, but here is the visual..he eats shishi across the street, goes to his knee's and say "I'm O K!" just like the motorcross guys he watches on TV...only much smaller and cuter!

Thats awesome...cool wipe out..My son got his first motorcycle today...He said it was too fast....Razor electric.. 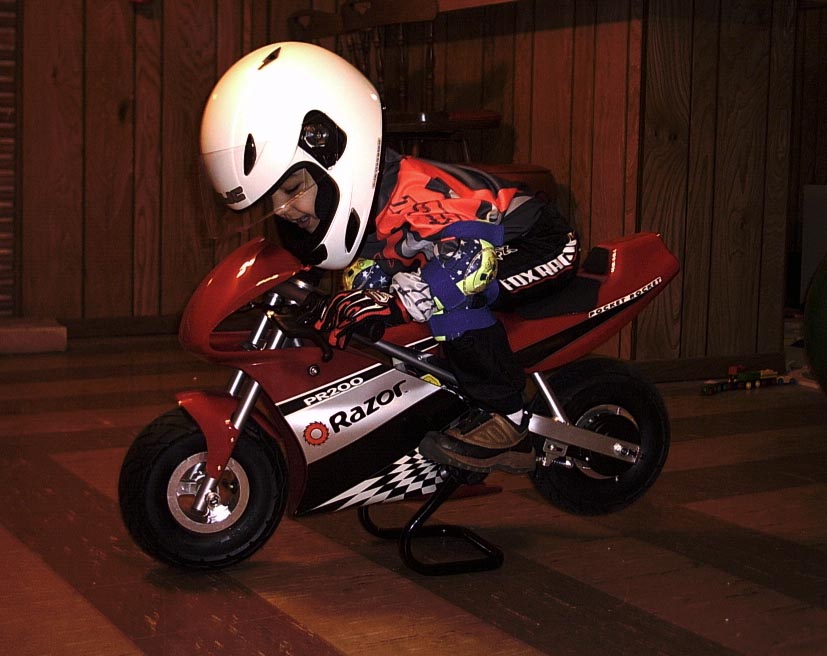 Donating Member
Registered
looks like he was born to ride

LQQk like he could use a set of frame sliders and lowering links the rest of us here at the .org.

Thanks for sharing and have a Merry Christmas and New Year.

Donating Member
Registered
Sproket....too cool man. How young is that lil man? Looks about 3 or 4.

OMG was thinking frame sliders, etc..when the full video is edited and up you'll get to see him ride straight into the shed, a tree and finally the fence before we put him out on the street! Within 15min the bikes plastics were scratched up...oh well, luckily its a dirtbike.

That's awesome! The wipe out in the gravel was the best! He'll learn why he needs to wear his gear that way.

Donating Member
Registered
That's great, he'll be zooming around the neighborhood in no time.

Registered
You gotta love soft trees.
I think the second "lay down" was just for show

the next generation of riders is alive and kicking!!!

Thats awesome...cool wipe out..My son got his first motorcycle today...He said it was too fast....Razor electric..
Click to expand...

Donating Member
Registered
Yeah, gear... His mom is totally against the motorcycle thing. I wanted to get him a PW50 two years ago, but she said no. Since she moved to NY and I get him on summers and EVERY Christmas, I've been able to bend and break the old rules as I want. So, he tells his mom we bought him a dirtbike, she asked pedal like a BMX bike, and he said no way, a real motorcycle! I knew she was pissed, so I asked to talk to her. I had to break it down for her that under his coat he is wearing a chest protector etc, a helmet, etc... she sounded ok on the phone about, but never know...she's the kind that will get ahold of the video, and her lawyer and try some kind of child endangerment or something. Oh well. He's older than lots of other kids I know and he's wearing all his gear so let her try.

Only thing missing is the MX boots, but if you ever walked in them as an adult, you know why I didnt get them for him yet. No way he'd even try riding in those things. Hopefully after he gets a little more practice, and then summer rolls around he'll get the boots and be riding with the best of them, time will tell.
R

Donating Member
Registered
Wow dude thanks for sharing.. That is sooo cool dad of the year award to you man!

He got alout more confident towerds the end man hes gonna be a rider!.. Brushed off that low side like rossi!!!

Donating Member
Registered
Cool video and great memories. I was wondering one thing. How long did you chase him around today? Wears me out just watchen it.

Donating Member
Registered
Total was about 30min. of following, chasing, and stuff. But it was 30min I wouldn't trade for the world. Of course, having round two tomorrow! Hope my back doesn't act up again.

My 4 year old son has been riding His Razor pocketbike since He was 2.5 years old..He riding sitting on the tank,stand up ect..FULL Gear OF COURSE.. 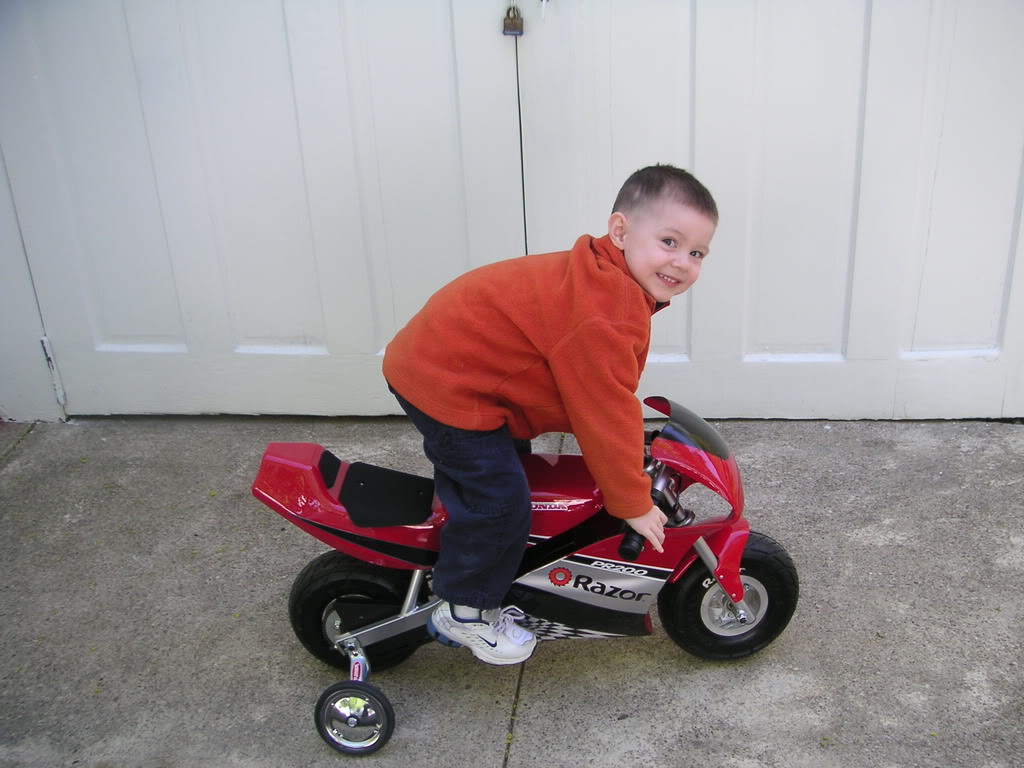 LQQk like he could use a set of frame sliders and lowering links the rest of us here at the .org.

Thanks for sharing and have a Merry Christmas and New Year.
Click to expand...

X's 2!!! But Awesome still!
You must log in or register to reply here.

Video Clip of my ride back from Mt Lemmon