Registered
well thats the goal, ive started racing bikes 4 4 years & 1 year on the busa now after 4 years of learning to ride, going to the track & trying to go fast yesterday i went to the track knowing what to do 4 the first time on the busa so i thought since i learned something on monday told the mentor about he said what worked on the street does not translate to the track,the goal was to run 1.5s & 3.9s with 16 degrees of timing in first,
well from the street to the track 3 1.59s & 3 3.9s done first go with the monday tecknique.9.04 .
the goal is an average of 8.9s then wake it up slowly.the point is last week it took me 3.2 2.8 secs to get to 100% throttle last night i cut that down to 1.4 sec & that was the first go at it. so thats why this is so long .
im on a real high ath moment even brought my old motto out first time i took a car toa track motto was
If u dont catch me now u never fkn will, meaning first time out its only going to go quicker.i think same applies to the bike. im that comfident now, finally i can actually say i can ride 4 the first time in 4 years.
let the good times roll.my coach sent that pic sayng thats not an 8sec drag bike ITS SWB,lol 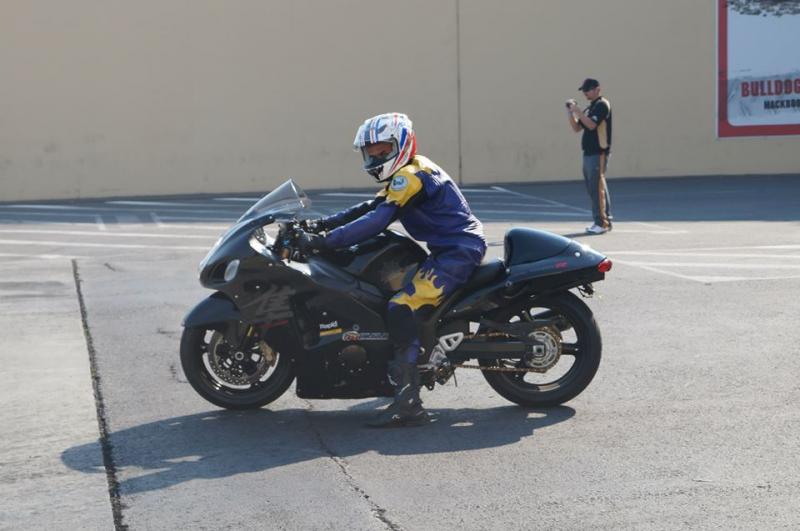 Registered
and all it took was rego on the bike a few practices on the road and here we r .whats taken1 year atthe track on the bike & still only half do it, took 2 days on the road. example across an intersection by time i get to the other side its 100% throttle no wheelspin & on the road & it translated to the track. very very happy.this may help someone to go quicker faster i hope

Registered
Wow! 164 mph. Must be a pretty big motor.

Registered
Cool. Get it in

Registered
Man that's freaking amazing. I'm so glad your getting closer and closer. Can't wait for you to break that 8.91 goal you have. Keep us all updated on your progress. Keep it up mate

heres what im up against, last sat video. l 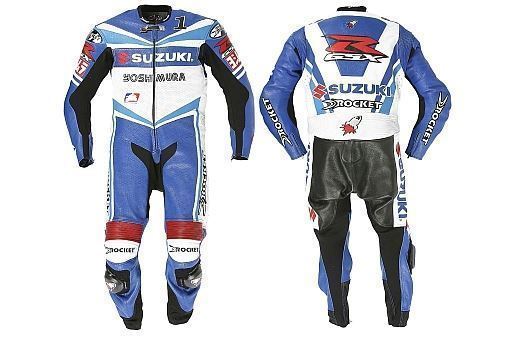 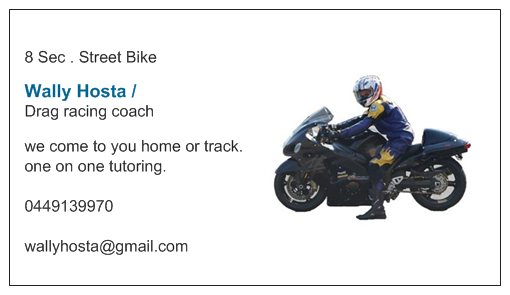 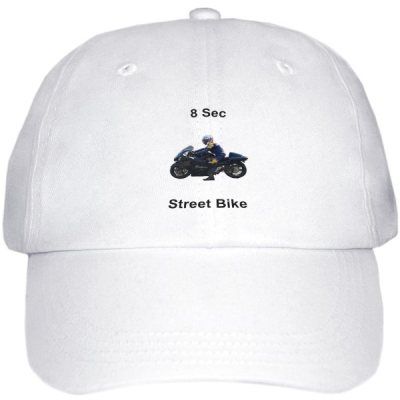 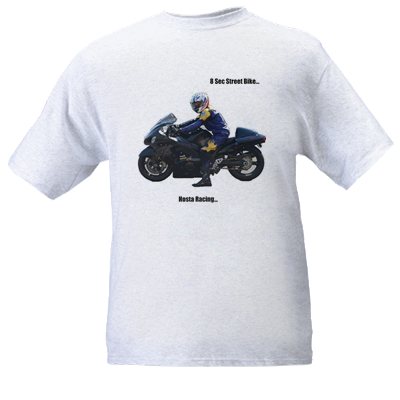 Registered
bit of self promotion who knows?

Registered
all the gear looks great.

Donating Member
Registered
Very Nice !! Wish I ra that fast ! I just don't have the time to go to the track .

frisbee said:
Very Nice !! Wish I ra that fast ! I just don't have the time to go to the track .
Click to expand...

shame u aint got time u sure got the bike. cheers mate.

Donating Member
Registered
If the gear shown is from vistaprint, use a good shirt company. I brought a test shirt but didn't turn out well

Donating Member
Registered
You riding the wheels off of it, CONGRATS..

GoldenChild said:
You riding the wheels off of it, CONGRATS..
Click to expand...

went to see my friend & coach tonight to discuss what the logs from weds. say according to him there wasnt much he could
say, just keep doing what im doing including preparing clutch lever pos ext & clean up the 330s a bit more.then ets will fall in my lap.plus he gave me my first upgrade 4 the bike lol.Gale speed rear wheel stock gearing still , we fitted new cush drives.
that may get me my 8.9s average. also its a new set up.
moved up class now from modified bike to competition bike which has an index of 8.90,ill post some pics of some of the comp.the coach on the busa. 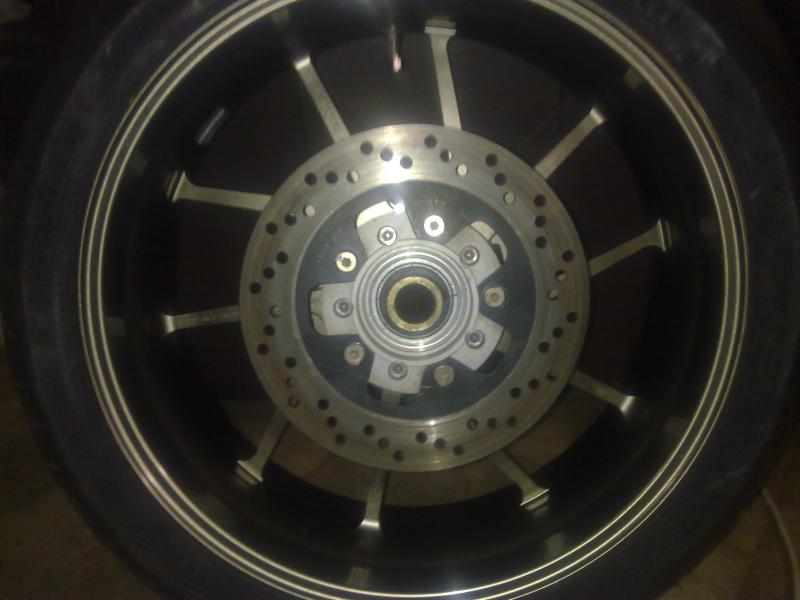 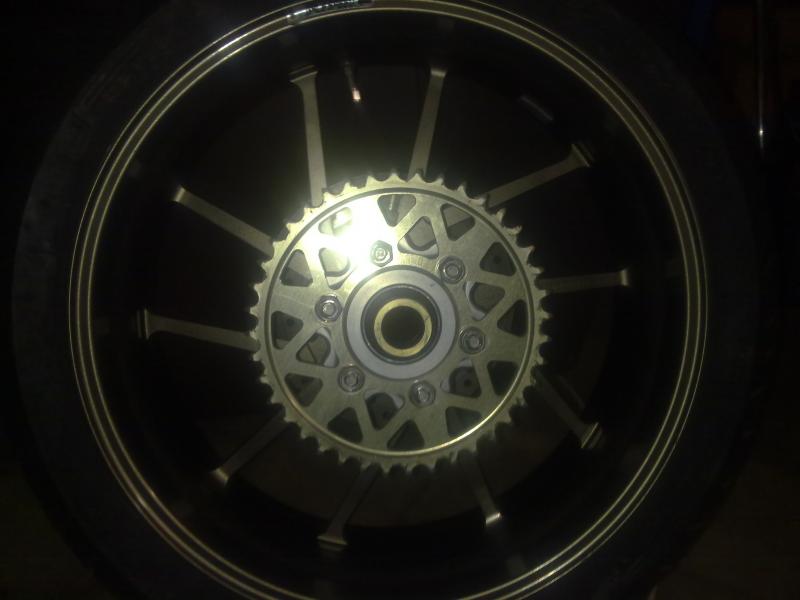 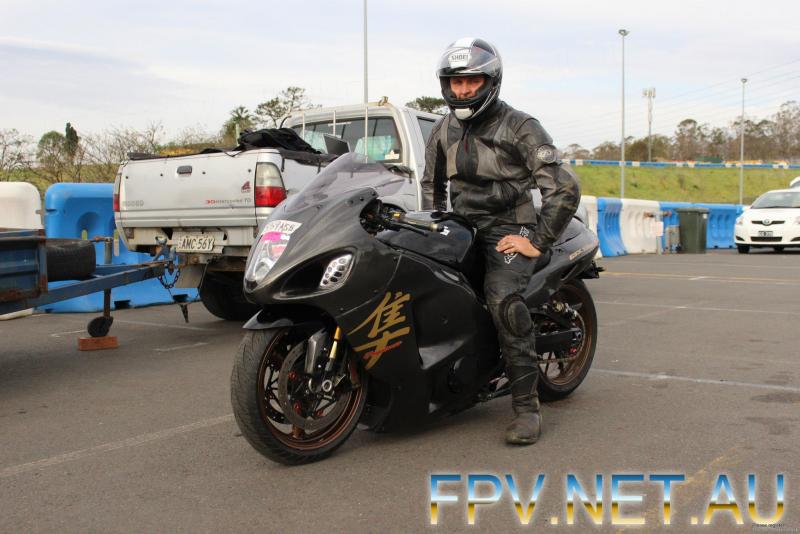 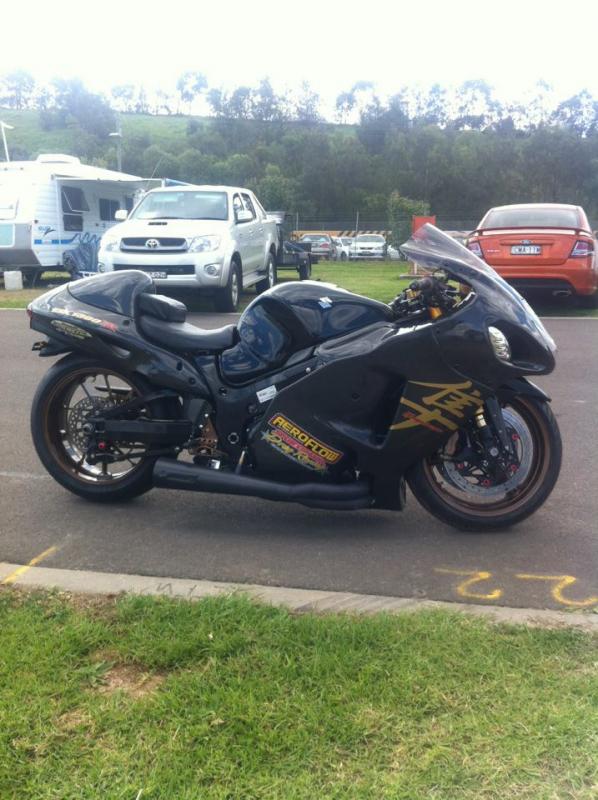 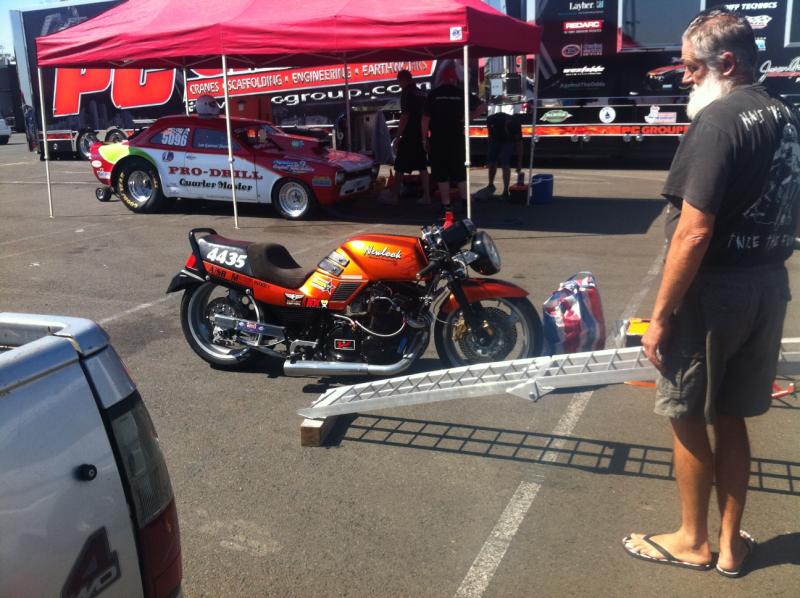 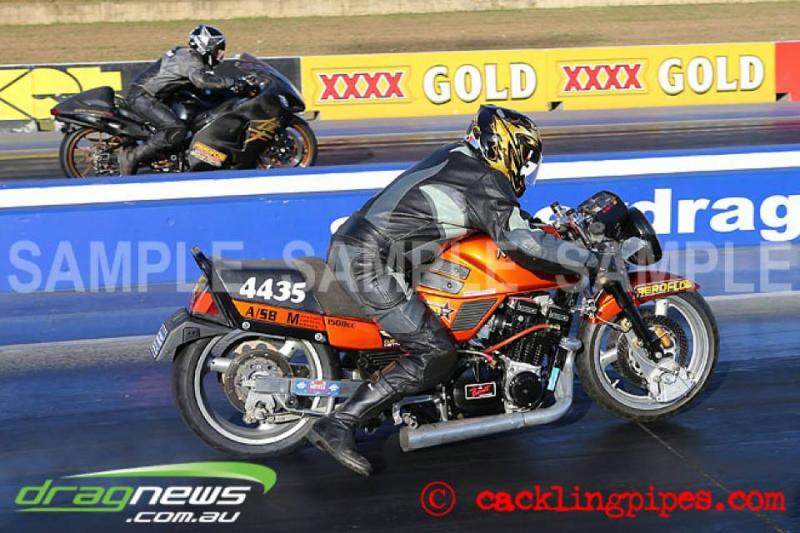 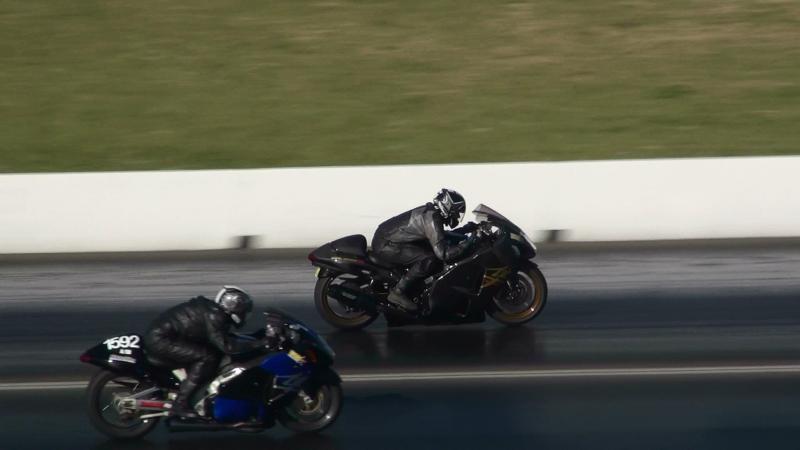 Registered
heres the coach on his best et.
You must log in or register to reply here.