1) 1st thing I see is the gold front forks. Ohlins.

4) Front and rear calipers look to be custom/aftermarket

11) Looks to be stock height


Am I missing anything? Your thoughts?? 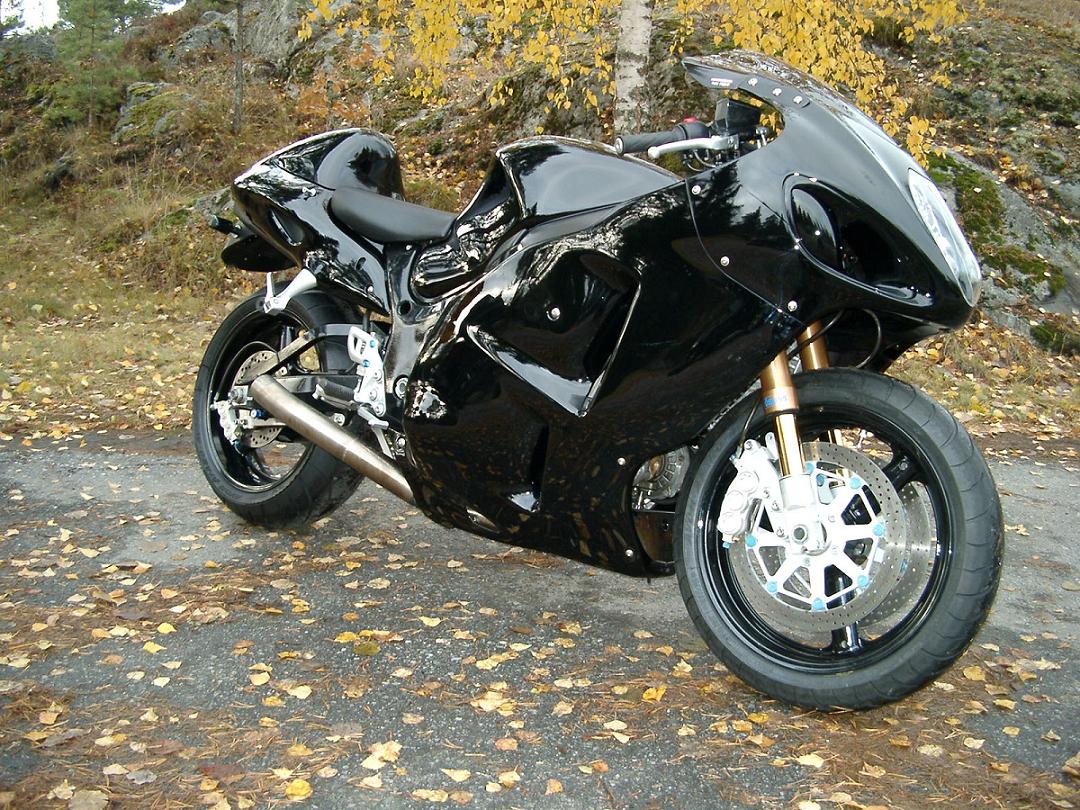 I forgot to mention the camera in the right ram-air duct.

If you want a good close-up of the bike, I reccommend saving the photo to your desktop and opening it with another program so you can zoom, etc.....

What would be the advantage of no front fender, just the fact that when riding a wheelie at 150+mph the front wheel spins backwards from the wind ??

Registered
no exhaust can
C

ya, I intended that to go along with the turbo... but your right.
S

Donating Member
Registered
Nice bike who's is it???I do not like the front fender having been removed...To much open area...
C

for those of you that don't know who Ghost Rider is, he is a psycho rider that films his crazy rides. Put out his most recent movie, available on DVD and worth every penny!

Here is his website   Ghost Rider's "The Final Ride"

Here is a link to a trailer.. watchout when splitting lanes!!  Teaser trailer, 9mb

Registered
Thats is one AWESOME looking bike no matter what way you look at it and he nuts doing the things he does.

4) Front and rear calipers look to be custom/aftermarket

11) Looks to be stock height


Am I missing anything? Your thoughts??

That has got to be an extended swingarm and short stalk rear turn signals. Am I right? Do we win anything?

this bike had 417 bhp and a lot of torque and the owner Patrik said there was NOTHING that could compare to this.acceleration where fantastic in all speeds. acctually they broke the 400 kph barrier
(going like 272 mph!!! in sweden with lowered chassie and such)

bad news...it was stolen and what i found out striped, all turbo parts,and engine was gone.
but some how they build a NEW turbo hayabusa on that frame....the same frame

this did  210-220 mph  wheelies during training and was filmed in the
second ghostrider movie. called  "goes wild" as linked in this thread....

to make it even more complicated. they re-newed the hayabusa a third time in 2004
(for the europen tour and the 3rd movie)smae power and build to look more "slimmed" sexy Gixxer parts...
as you se its the same bike. just updated details.
and belive me..with that pipe is sounds great. 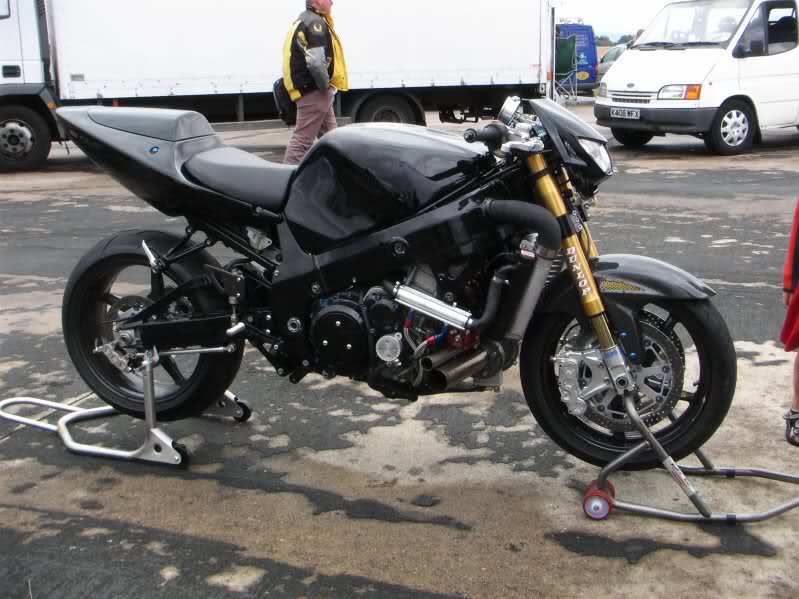 and also just for "fun" at an drifting event in sweden patrik tested to break another record
(his own off course) to go fastest wheelie...with a passenger!
like 180 mph!   302 km/h:
View attachment 937656

photo taken during the footage, when doing wheelies.
I sudgest you read my last topic, 3 steps above THIS

for a complete info about the bike, all pics is of the "same" hayabusa. it has ben updated
thruw the years with more and more uniqe parts, power and so on....

J
I think i am done

Mr Bogus got me thinking
2 3