Registered
Hey guys. I bought two of these a while back for a grand each. Both had carb problems. One I just had to pay shop bill.

The 78 has a new bottom end and a new head. I just got her running Monday night. She is a blast to drive. I never knew an older bike that was air cooled could be so much fun. It broke 130 before she started to have head shake. Not sure what caused it yet. She has original paint everywhere and is in good shape.

My 79 kz650 is awaiting parts that I robbed to get the 78 going while I waited on other parts for the 79. The first batch arrived today the the replacements for the borrowed goods will be here Friday, I hope.

What do you think. I think one will make a fine specimen for a cafe racer. 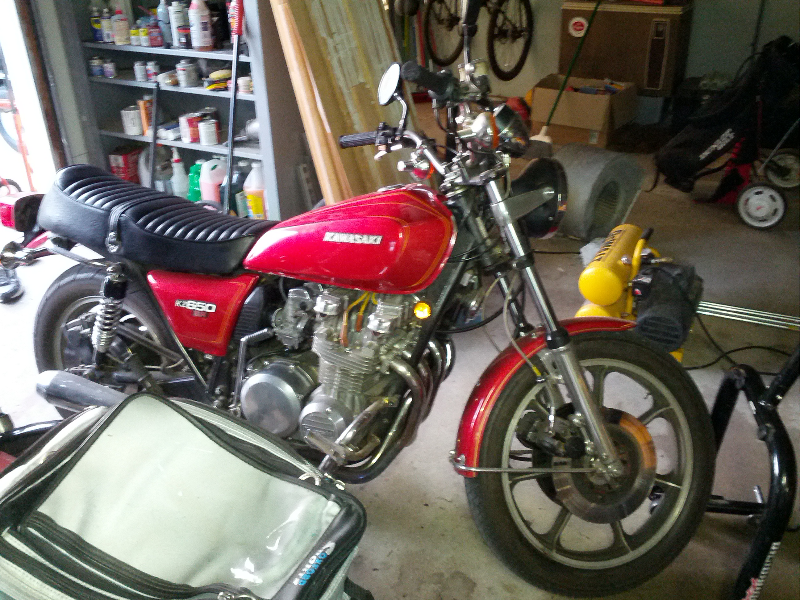 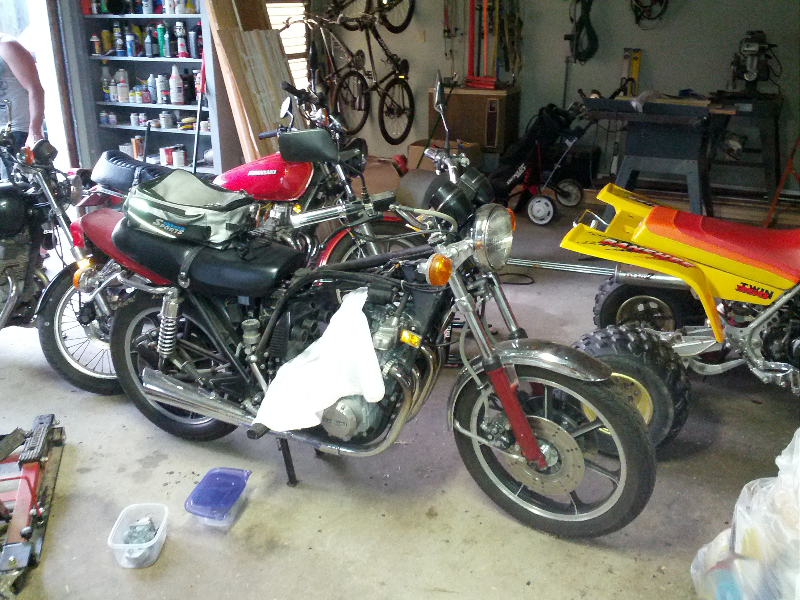 they made a tank/seat/rearfender assembly out of fiberglass to cafe them out. there are a few companys that still make Dunstall style fairings for it too.

Donating Member
Registered
just because they are old doesn't mean they can't hang...it is way better to see them in motion vs scrap metal ...enjoy the new toys

Donating Member
Registered
Those are cool, have fun with them!!
M

Registered
They will be my brother and I's bikes. We can race on an equal playing field...

Donating Member
Registered
Just something I came across...

The old bikes / cafe racers are very cool...kill the tire before you buy new skins....I''m not anti kawi...the cb 750 was a cool bike also..for you it is cool that you have 2 of them

Registered
I looked at some older bikes to build with as a base, but they were all in such terrible condition that was not willing to spend that kind of money to rebuild. the "cheap" ones are from 600-900 and usually dont come with a title. I definately do not want to deal with a bike not having a title.

plus you would not believe the truckload of parts that one of these bikes came with. boxes and boxes of NIB parts. spare tranny's, starters, guages, wheels, tires, atv lift, man i could go on forever on the list of goodies this thing came with. Once i get both bikes going I will be opening up a store on ebay just to clear up space in the shop and remove stuff i will not need.

Moderator
Donating Member
Registered
nice bikes, you guys are going to have a blast

Donating Member
Registered
The first bike I ever bought for myself, 1978 dark blue KZ650. No mag wheels though, spokes

From memory is that an LTD and I thought those came out in '79. Long time ago. They had a boxy fuel tank twisted pipes, mag wheels and disk brakes. I know my rear brake was drum.

Registered
How much did you pick them both up for
You must log in or register to reply here.