Donating Member
Registered
Looks like we may squeek by ...


SACRAMENTOâ€”A state senator has agreed to water down a bill that originally would have required smog checks for motorcycles.
The state Senate approved the legislation by Sen. Fran Pavley on Monday after she agreed to scale it back. It now goes to the Assembly.

Pavley, a Democrat from Santa Monica, wanted mandatory smog checks for motorcycles. She says they're more polluting than cars and that owners often make them worse by removing the catalytic converters.

Opponents say motorcycles get better gas mileage and that a smog check requirement would be the equivalent of another tax.

If the bill passes the Assembly, it would go to Gov. Arnold Schwarzenegger, a motorcycle owner himself. 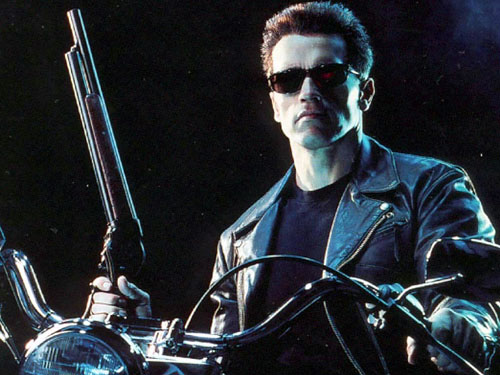 Registered
With the states budget issues, it is only a matter of time before it happens. We all dont want it to happen, but the LAW makers want more money so who will have to pay but us.

Thanks for the update!

Registered
Really? She can't think of any other pressing issuses right now, but catalytic converters on bikes ??? How about the 50% dropout rate in L.A county!!! FOCUS Legislators FOCUS!!

Donating Member
Registered
oh i feel an "I told ya so" coming on... (PAIR and Cat removals) they will be checking for these items installed when this does happen... then the bone heads in AZ will be about a year or 2 behind them... Sure glad they do not have more pressing issues..

Registered
yeah this state can go **** it's self

Registered
I think it's time to write the senator and tell her how displeased I am.

Donating Member
Registered
You have got to be kidding me this is just retarded I think it's more like they make more revenue being able to ticket us than they do having us put the factory stuff on for the check then pulling it back off they can ticket you 10 times a month vs the one time smog fee.

oldschool said:
I think it's time to write the senator and tell her how displeased I am.

I agree with you if anyone wants to get that going I would be glad to do the same. Freakin Cali

Donating Member
Registered
This is why I miss Philly at least we know who the criminals are there. Here they call themselves senattor and State govt. Hopefully I'll be moving to Nevada in a few 6 months where gun control means using both hands.

SB 435: Clean Air Equity Act: (Sponsor: The American Lung Association) Every day, an additional 5.2 tons of smog forming pollutants are released into California’s air because of a loophole that exempts motorcycles from the state’s smog check law. Many motorcycle owners remove their factory installed catalytic converters and replace them with more polluting “custom” parts. This bill would require biennial smog check inspection for motorcycles from the 2000 model year or later beginning Jan. 1, 2012. The Department of Consumer Affairs would be responsible for developing appropriate testing procedures.


She's a global warming nutjob which is apparently why she wrote this legislation.

Donating Member
Registered
really this is the answer wow tell her to put that much effort into everything that pollutes the air I assume she never flies in a plane then and she must own a prius and her house must run on solar and water and wind and be on a hill in the mountains because all that power usage creates pollution more than my busa does. :moderator::moderator::moderator:

Registered
this state is the reason i had to get rid of my cammaro because oh my nox count was 12ppm to high at 15mph but past with flying colors at 25mph. this state is a bunch of dump ****s

Registered
We need to write the Governator and tell him not to sign it.

Does anyone know if there is any kind of motorcycle PAC handling this?

Donating Member
Registered
your tellin me hopefully I'm gettin outta here but I have to wait and see.

Donating Member
Registered
Looks like AMA is fighting it

Thanks to the efforts of thousands of AMA members and other concerned motorcyclists, the sponsor of a proposed California law to require motorcycles to undergo periodic exhaust emissions testing has backed away from the idea.

The measure -- Senate Bill 435 introduced this year by state Sen. Fran Pavley (D-Santa Monica) -- would have required all model year 2000-and-newer on-road motorcycles with engine displacements of more than 280cc to be tested every two years. The motorcycles would have been included in the state Department of Consumer Affairs "smog check" program, which involves testing for unacceptable levels of pollutants in emissions.

"This is an initial victory for California motorcyclists, but we can't let our guard down just yet," said Nick Haris, AMA western states representative. "Senators deserve credit for recognizing how this proposal would have created an added burden for motorcyclists, motorcycle businesses, and the cash-starved state bureaucracy, and they reworked the measure to limit its scope to focus on catalytic converters. The bill is on its way to the state Assembly, but we have to remain vigilant because it could revert back to its original form."

Haris added that, in addition to AMA members, ABATE of California and the California Motorcycle Dealers Association put a lot of effort into changing the proposal.

In addition, at least one senator argued the legislation was expensive, unfair to those who ride motorcycles for recreation, and was ostensibly nothing more than another tax. Political insiders saw the proposal as just a creative way for the cash-strapped state to find more money.

"California's motorcyclists are willing to do their fair share to keep our skies clear, but this bill asked motorcyclists -- whose two wheels are far less of a resource drain than four-wheelers -- to shoulder an extra burden," said Haris. "The California Legislature has already raided $90 million of user-generated fees from the state's OHV fund. Some legislators saw this as an opportunity to create yet another motorcyclist-funded program with no thought as to the burden it placed on the backs of motorcyclists."

California's motorcycle engine emission standards are already the strictest in the nation and, because of their relatively low yearly mileage totals when compared to other vehicles, the state's motorcycles have the lowest emissions of any motor vehicle category in California.

More than 3,000 motorcyclists used AMA Action Alerts to let Sen. Pavley know that they opposed the legislation. They also expressed their concern that the bill could require motorcyclists to always have a stock exhaust system, whereas automobile owners are allowed to install aftermarket systems, which can be less costly.

The emissions testing provision was dropped out of the bill and it cleared the Senate on June 1. The measure is now in the Assembly for consideration, where it could be further amended.