Donating Member
Registered
I caught this one late. Thasher I ran the same ones to Alaska. I also tried a couple others. My only problem is ( it's only happen acouple of times) during right handers if a car popped up coming the other way it liten the inside up quite bad. Twice guys behind me said the cars over steered coming across the ctr line, blinded, not really they fault. I would have shut them off but were in mid corner. They light the inside of the corner good but I didn't want someone getting run into so I took them off. I looking at a little different set-up to flood the inside. Would be doing it now but a little mishap is delaying things. I'll put something up in a month if all goes well.

Registered
hids 10000k kit..cop them if you can...get with big g he has the hook up and for cheap

Registered
Or just use a set of sockets from the tail lamp and tah dah... 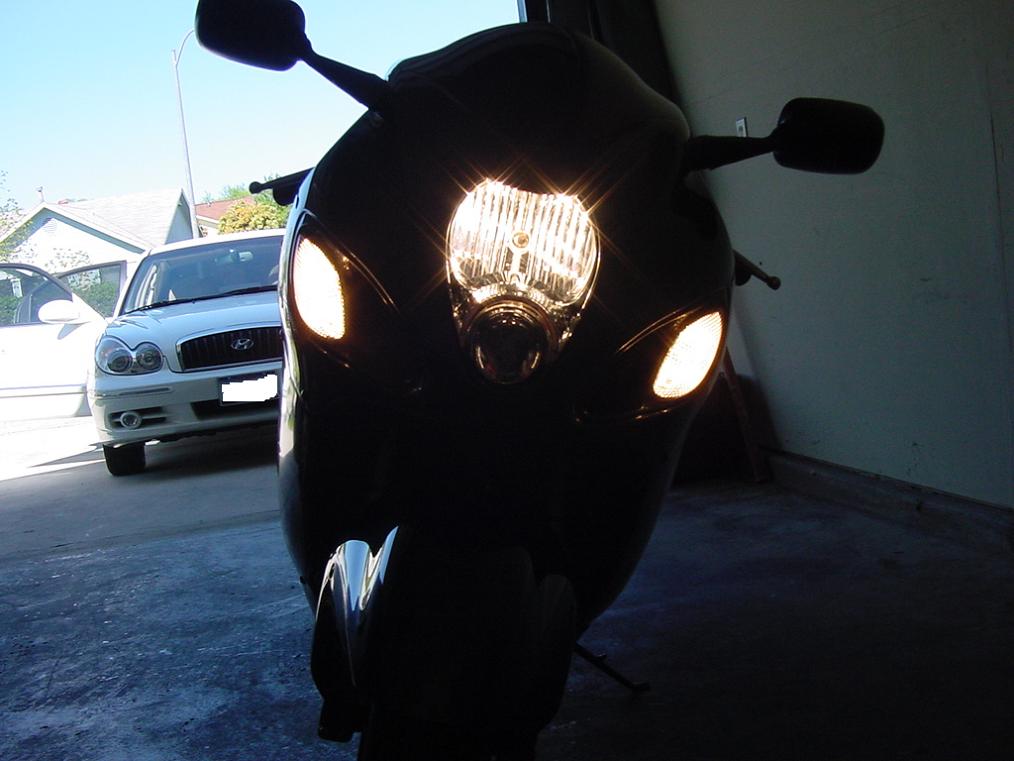 Donating Member
Registered
I plan on getting the switchbacks eventually. I ran the silver stars for now 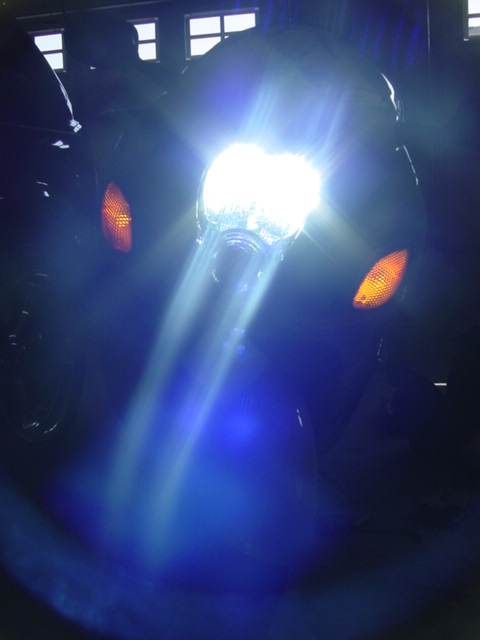 Registered
I put fog lights on my 86 FJ1200. They lit up the place man. I thought about putting some on my Busa but had no idea where to mount them. Thanks for the great ideas guys.

Donating Member
Registered
What about somehow fitting the front signal housings with a headlight fitment and puttin in HID?

Registered
Where can you get dual filament sockets? Radio Shack? Will they pop in like the stock ones?

1299 said:
Where can you get dual filament sockets? Radio Shack? Will they pop in like the stock ones?
Click to expand...

He's a thread for you that has info you need...
https://www.hayabusa.org/forum/electrical-mods/73326-front-blinker-running-light-mod.html

Registered
You can replace just the pigtail and continue to use your stock sockets. You need 1167 bulbs. Just cut the tab off the double contact pigtail and you're set! $10 at Advance Auto Parts versus the dealer or changing out sockets that may not seal correctly anyway.

They call me Baaah!

Donating Member
Registered
I like it for many reasons, safety!

...but not for me, it takes away from the mysticism of the ever dark and powerful Hayabusa clean lines.

Sweet tech-work bro. I printed this out for a rainy day or 10.

Same distance as number 8 and taken 5 seconds apart. Only differance was a flick of the high beams switch. the running lights are tied into my high beams.

Registered
Just a suggestion
What if you replace the turn signals with clear lens and have the signals plugged in a your mirror with signals. And turn you old signal lights into running lights so it would look neat. By ripping out the old signal housing and pull the metal coupling out and shoving a 1156 coupling and a 1156 led bulbs you can buy at auto value.You would then rewire the two wire to your running lights? Sounds pretty simple, but I ve yet to do it. Can anyone give me hints on electrical work so I'm not overloading something or blow a fuse
Thanks
J

Registered
off subject but i was wondering about using some under rear fender red led's for extra brake lighting, the clear alternatives tail light sure leaves something to be desired for safety, anyone doing this?
You must log in or register to reply here.
Share:
Facebook Twitter Pinterest