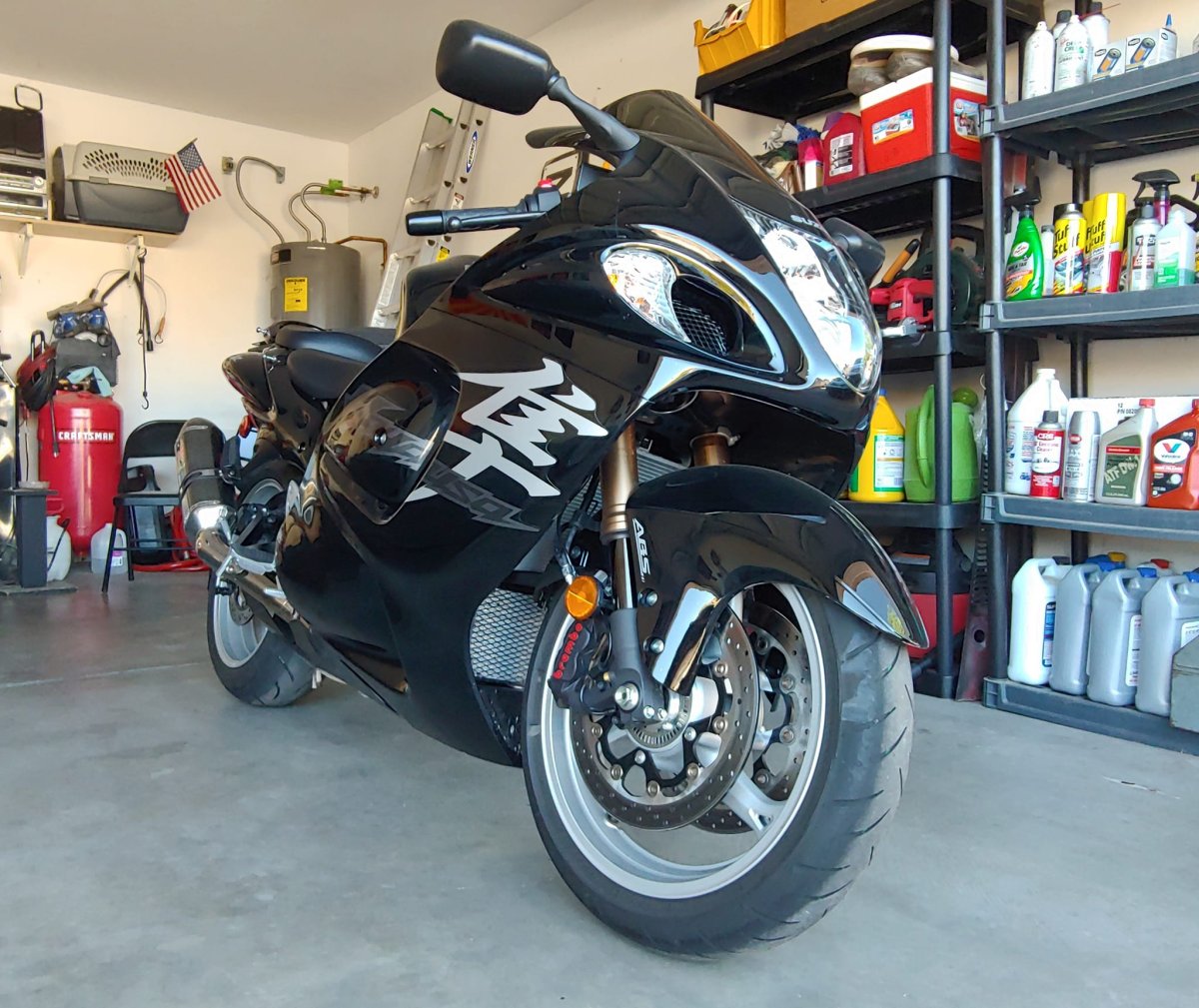 Hello all, I finally got back on a Busa today after a nearly 6 year hiatus. My first was a 2006 which I enjoyed for only a short period before having to part with it (second photo).

I got a 2003 Harley Wide-Glide last year and it never really tripped my trigger, so I sold it this June and went on a search for another King of the Road.

I work in corrections so the Silver on Black was fitting and really stood out to me. I'm going to put a few hundred miles on her before the Arizona "Winter" comes and then bleed the brakes, clutch, and change the oil.

I'll take it out soon and get some better photos, so that's it for now!