Registered
Met up with a few guys this morning for a ride north..little chili ( around 50 ) but nice and sunny. Aprox. 45 min into the ride, on one of our favorite roads in BFE, apparently the police had cleared up all the crime in the tampabay area and decided that more important than patrolling the most busy and accident prone roads in the area, would be to pull over a few sportbikes 50 miles from nowhere in the middle of the woods where you might pass 10 cars all day at 9:30 on a sunday morning. They had about 5 of them pulled over when we passed.

I know several cops who ride in that area speeding around with the rest of us, I was kind of hoping one was with that group.

Then coming home on the interstate an hour later, 2 FHP cars pull over our group, DAMN NEAR smashing into B-Sting and I. They pretty much ran us off the road. What was the dire emergency?

? To give 2 of our guys warnings about their tags not being horizontal. They were the swingarm type in plain view. 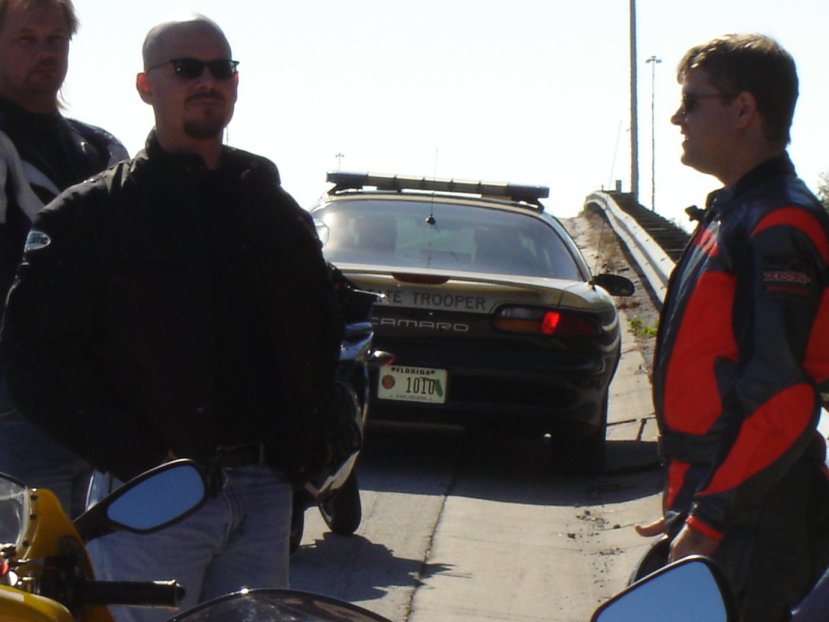 Registered
I felt like I was leaning a hell of a lot more! 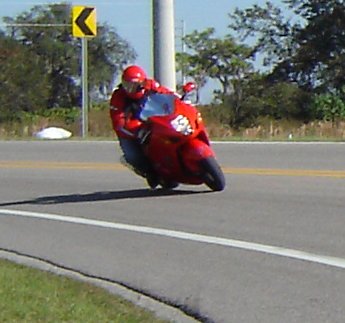 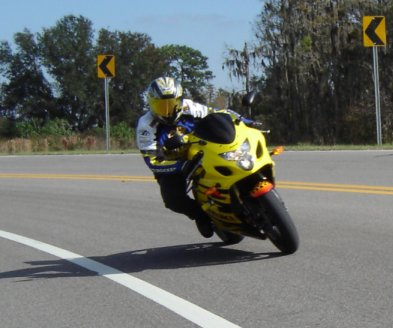 Donating Member
Registered
Sounds like it was warmer up here!! But you don't have to worry about gravel on the road from the previous weeks snowstorm...

Registered
I'm jealous...I have to keep looking at my bike until spring.

Donating Member
Registered
Still a better ride than a lot of folks are gettin'.  Nice pics!

Donating Member
Registered
...jealous... wish I could of made the ride today... glad not to have gotten any tickets though
S

Donating Member
Registered
Ain't worth the effort/risk to warn of a display...Still looks like you guys had a good ride...

Donating Member
Registered
So, homemade chili or did ya go somewhere and get it? Some good ol' homemade chili sure would be good on a cold night like tonight.

I was waitin' for the part about lunch. Can ya tell I didn't get a lunch break yet today?

So does this mean we shouldn't lean our bikes over?

Registered
Next time you guys hit my favorite 2nd gear corner I want to be there!

Donating Member
Registered
why can't cops catch bad guys instead of messing with honest citizens out for a ride?

Donating Member
Registered
Good pics. You both need to get to the track! Then you can lean like a mad dog!

Believe it or not, those people living on those roads call the cops on us bikers. Some even throw sand on the corners or wet them down right before we go by.

There's even one crazy mo-fo that waits in his truck for bikes and will try to run them off the road. He has been arrested several times from what I hear. But it doesn't stop him.

I'm not speaking anymore, here are my pics..
H

I'll just link to my pics, I got some reeaall good ones, well it WAS interesting today, eh?-EZ

and there is a link on the home page to the QS&L stuff from today, including a real good look at dave's cf turbo busa

Registered
We also went riding but this afternoon. We rode over to Tarpon Springs and then down to Tierra Verde to drop my daughter off at her Mom's. Here are a few pics. 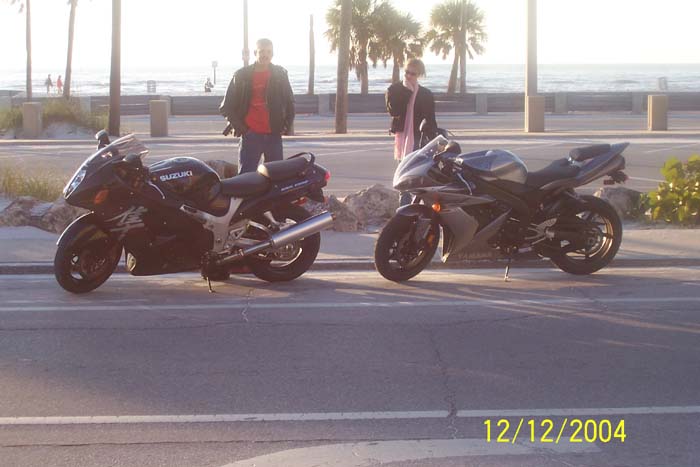 Registered
After dropping her off, we rode across the Skyway bridge and across no-man's-land in the dark after stopping here at the Circle K for some Hot Chocolate. Steve's R1 tells the temp of incoming air, he said it read 55. That's a bit cool for us Florida folks but we're not complaining. 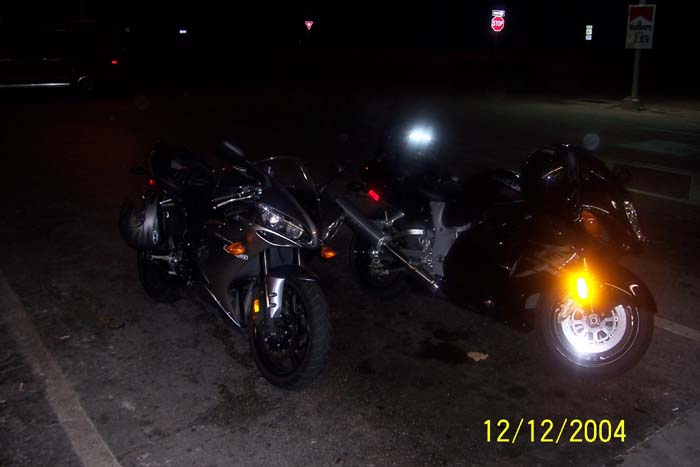 I'll just link to my pics, I got some reeaall good ones, well it WAS interesting today, eh?-EZ

and there is a link on the home page to the QS&L stuff from today, including a real good look at dave's cf turbo busa
Click to expand...

Good #### man, I have to learn that no handed picture taking skill. What do you do? shove the cam inside your jacket when needed?
You must log in or register to reply here.
Similar threads
Today's *Freebie*.... a motorcycle. Yours for the asking.
Nice ride today in Georgia, Alabama and Tennessee.
Did a stupid run today
I am a little freaked out...saw my Hayabusa's Doppelganger today.
153 years old today...wahooooo
Free shipping today on Amsoil products over $50.
Not too much around today for cool bikes,but a few
You need a LOL today
Today's ***Freebie*** is aimed at the purest GSXR fan
Well lets get down to it shall we? Today's *Freebie*
Who put down some miles today?
Today's almost *FREE* Item...Ladies size 4 Kevlar riding jeans
Got a new 2015 Hayabusa today
Group Ride today for a Birthday Girl whom Organized If
Rented a Polaris Slingshot today!
My favourite biker movie should arrive today
Checked valve clearances today - need advice.
Went looking at motorcycles today
New Today Hi All!!!
Got in a 140 miler today
Working on my chicken strips today....
Had fun out today even with the poop storm
Bought my FIRST Busa today!!
Saved some cattle today with Waller County Sheriffs dept .
Tianne , and I ride today involving Texas Long horns , RJ off the chain , and deer
To The White Busa on the 210 in Pasadena Today
Came up on my play list today. Thought I'd share
So I ran across this pic today...
WOW Quiet today
Today @ the Doctor with c10 !
A random sighting today
Got some goodies in the mail today
157 miles of bliss today with a few pics
Who else rode today?
Ear Porn for today
4 years ago today RJ became my Bird
200 Mile Ride Today
I heard today is @Redbull's B day
16 years ago photo ,and today remake
I rode a motorcycle today
Another Kentucky Derby today...
Almost died at 120 today (pics)
I think today is Red's B day
Good ride to Suches today.
Was going to ride today... walked up to the window...
Thoughts on an 06 limited I looked at today...
Good ride today with Twobrothersbusa
So I became a grandpa today...
Trip 760 Kilometers today (470 miles) Europe - Greece
Who went to the gym today?
Share:
Facebook Twitter Pinterest