2 bret on stage (as he passed i said to him "whats up dude" and he replied "not much man"
3 more bret on stage
4 more bret talking to the crowd... little fact i didnt know he is from Butler Pa. 40 miles from here and was raised in Pittsburgh!!
5 more bret
6 more bret (wife wanted alot of pics of him)
7 more bret
8 more bret (i know i know)
9 more bret
10 him singing one of Poison's hits "talk dirty to me" 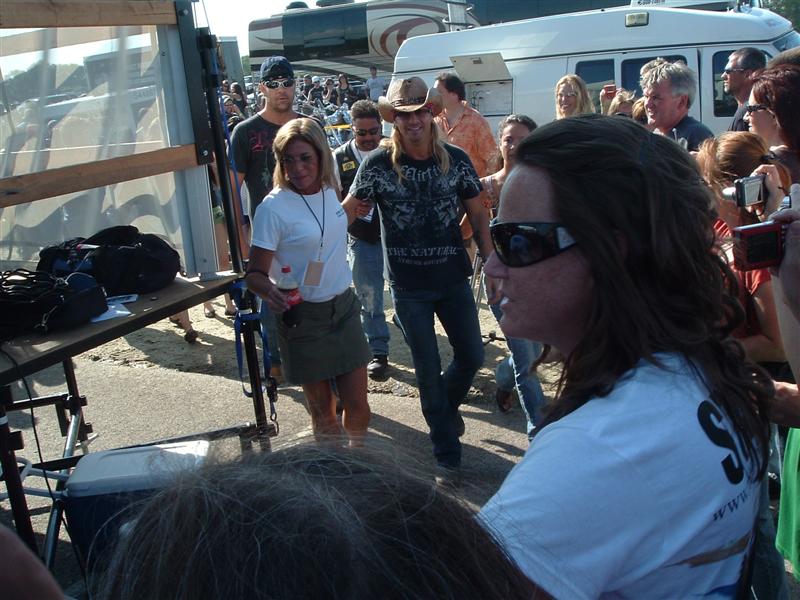 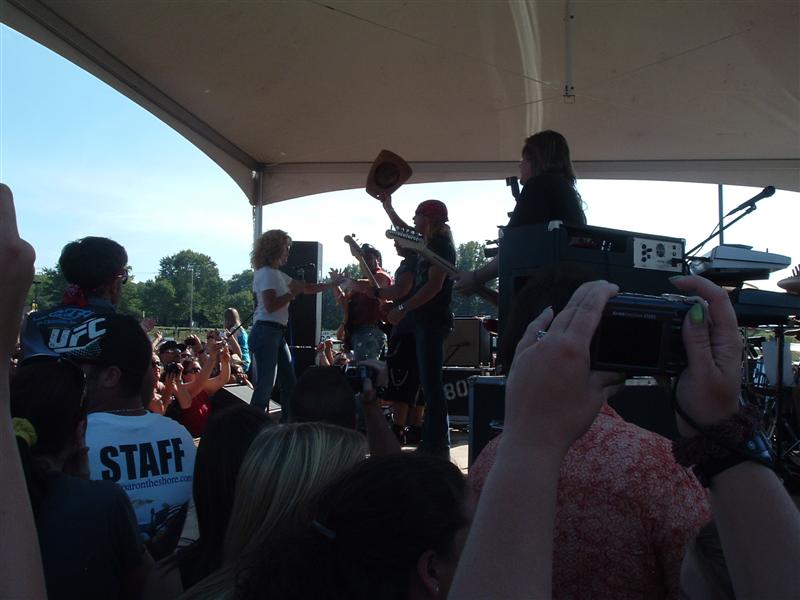 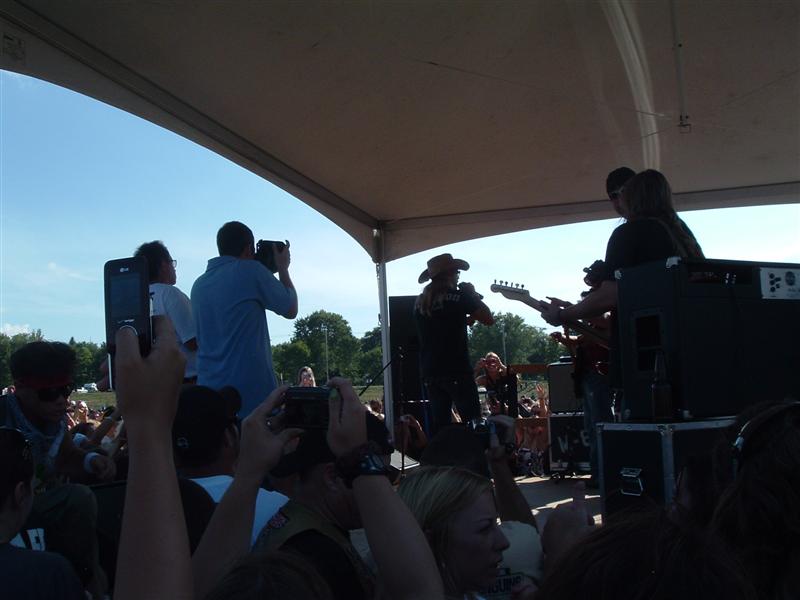 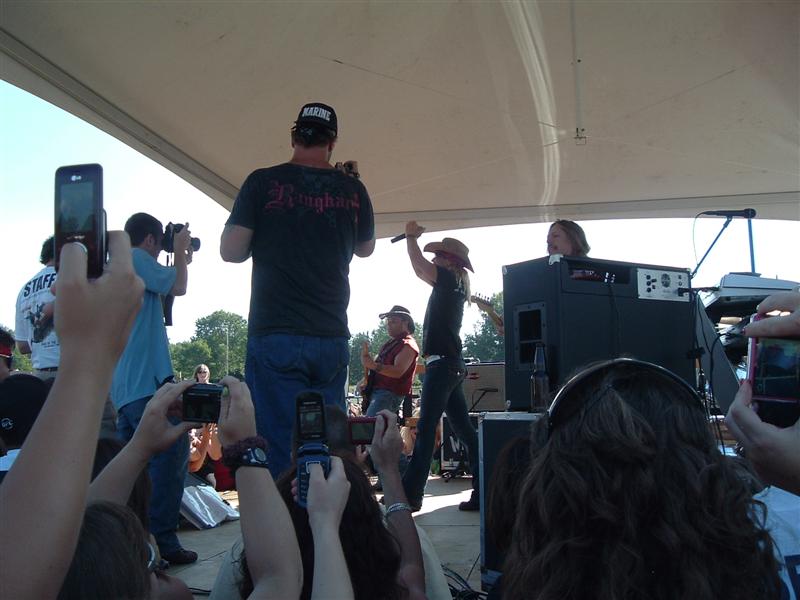 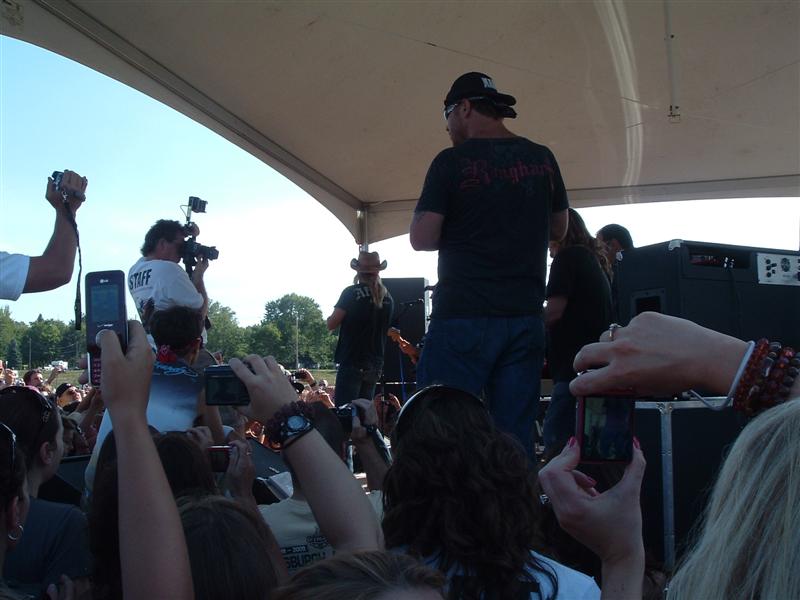 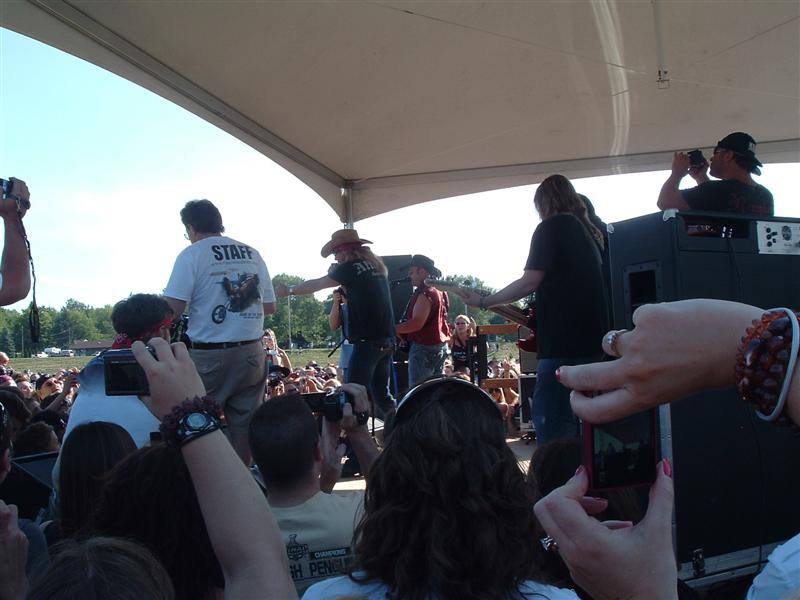 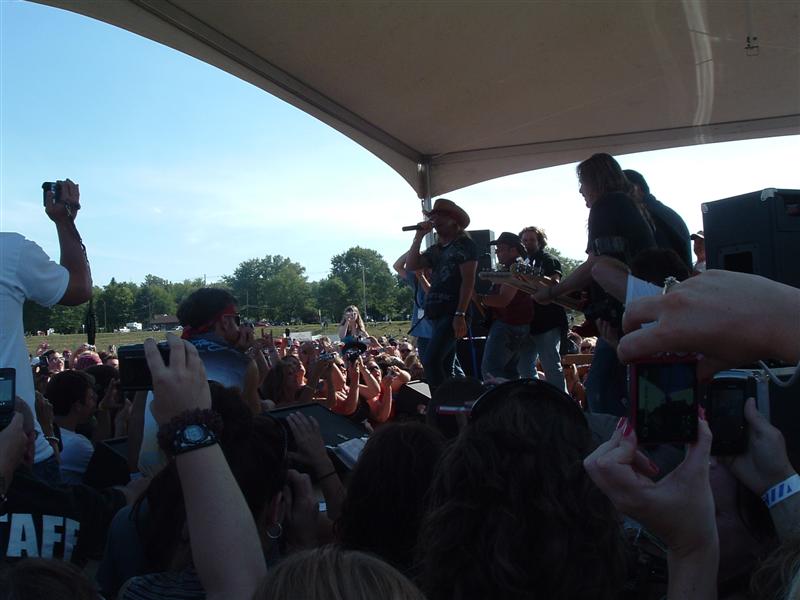 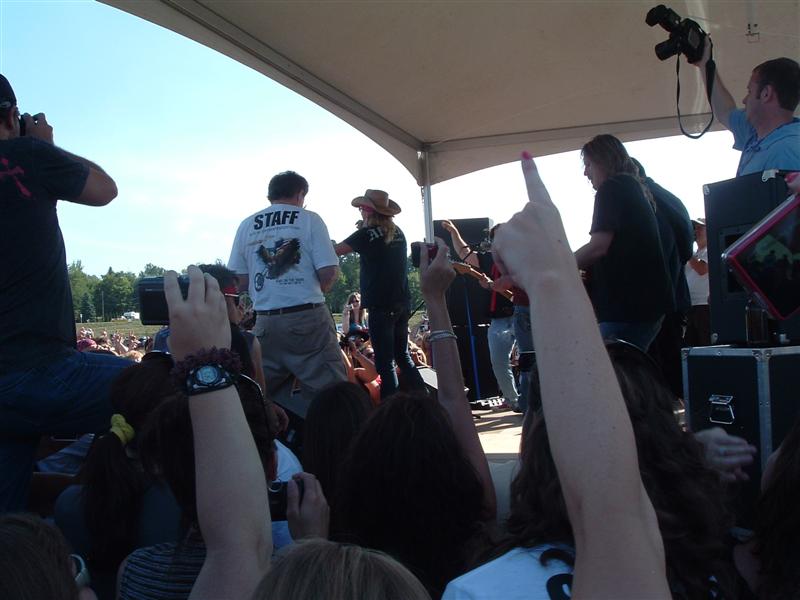 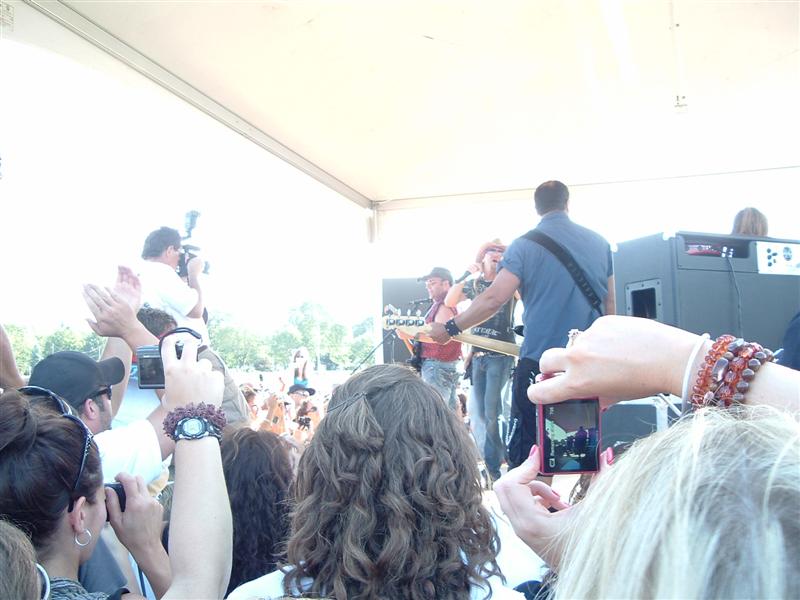 (hugging in middle) but he still gives the hell ya salute
5 oh now she snuggles up
6 now this is the gentleman that came up on stage. he is a local korean medal of honor reciptiant that they had bret put his medal around his neck and he spoke about the vets we were supporting and how he was lucky as most winners of the medal of honor do not live to talk about it!!
7 note the blue ribbon on his neck
8 as he came down i got his attention and i thanked him for his service.
9 bret came down to get ready for the ride.. now came all the requests for pics with him sign this bret here bret there ect ect ect
10 note his smile is diminishing lol

and i waited and waited listening to all the bret this bret that comeing from everyone..till finnaly i waited till he saw me again and i said "mr micheals sir" he responded "yes sir' and i said all calm and serious "thank you for supporting our veterens!!!" at that point he smiled again and said "anytime ....anytime!!" and he stopped all the picture takeing and fan signitures at that point...and walked off to get on the bike 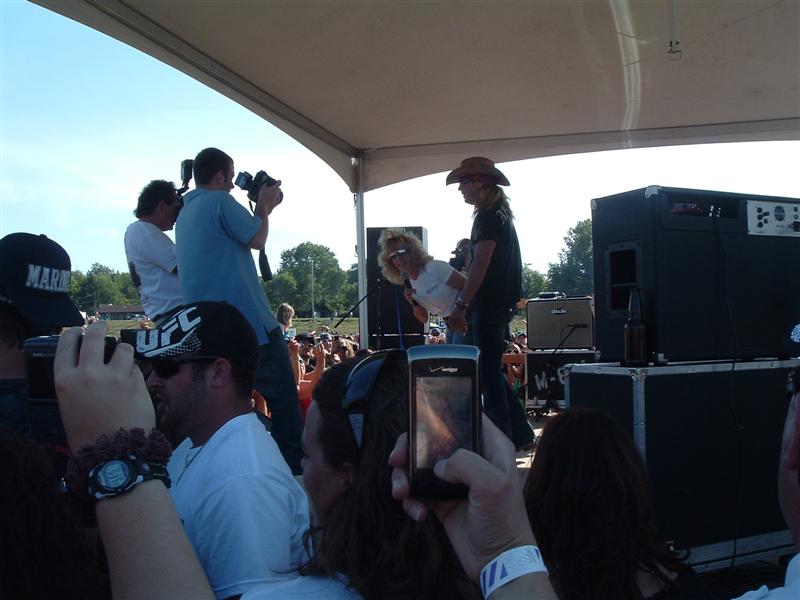 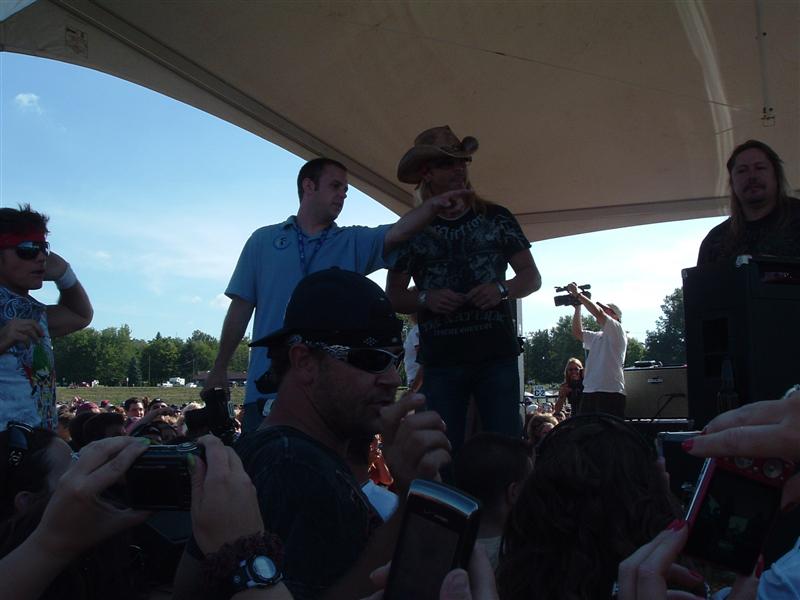 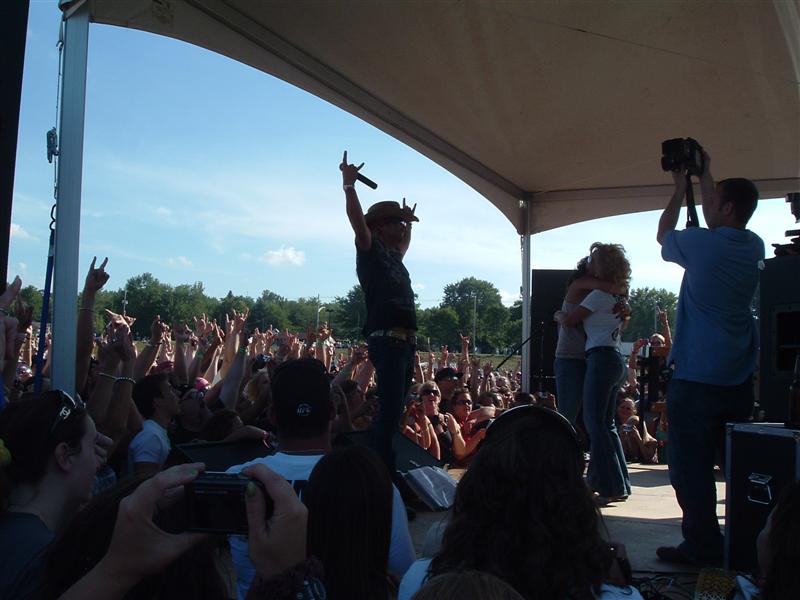 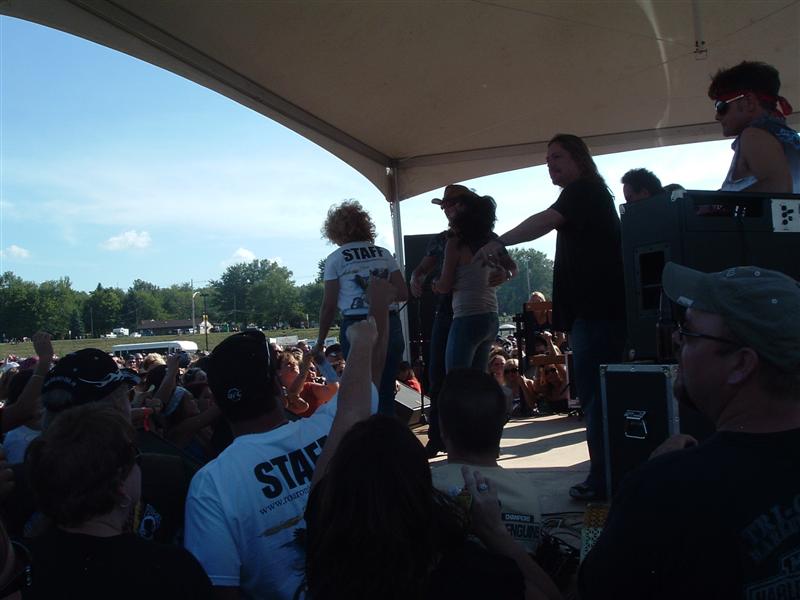 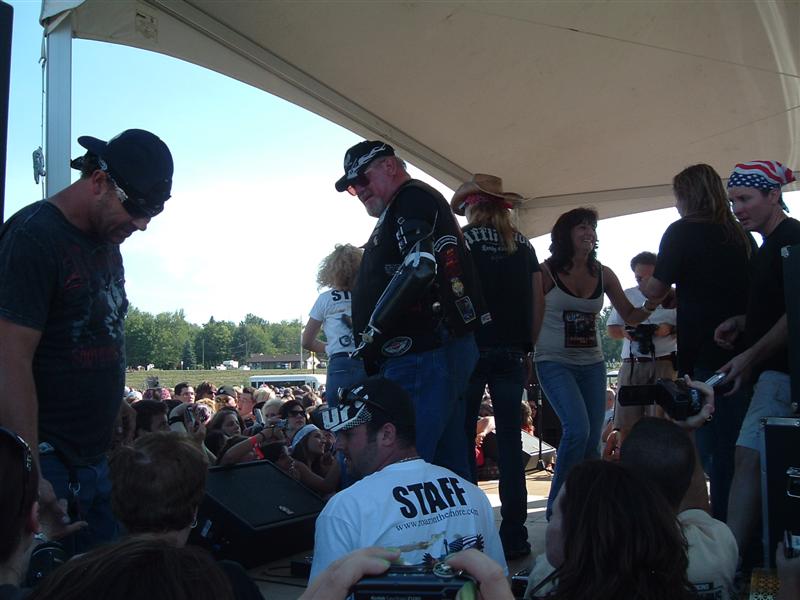 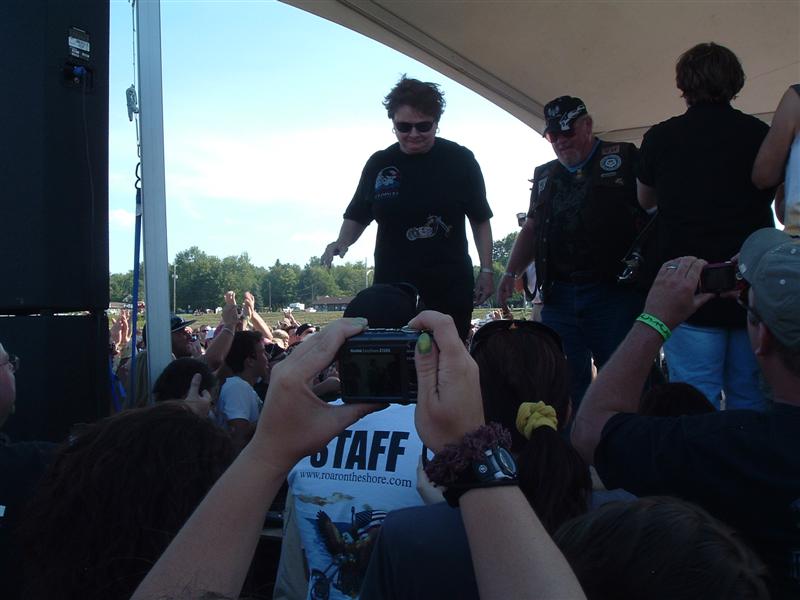 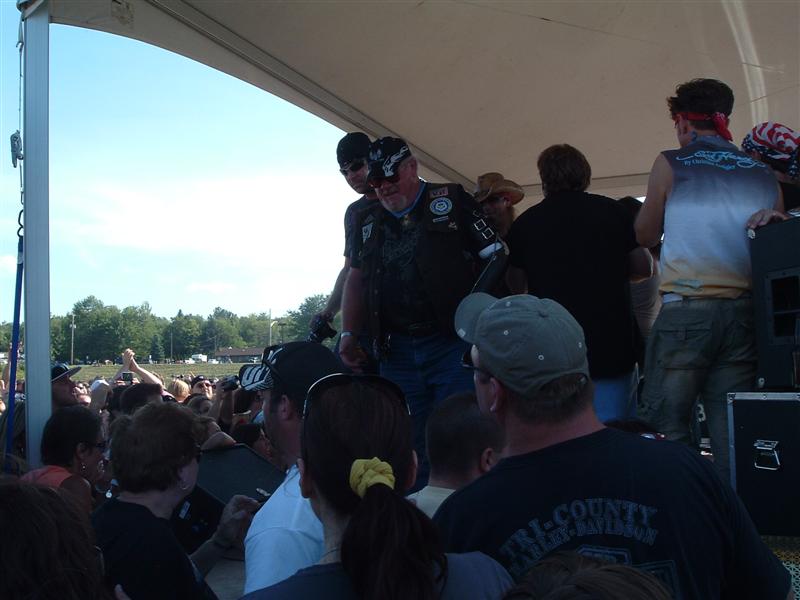 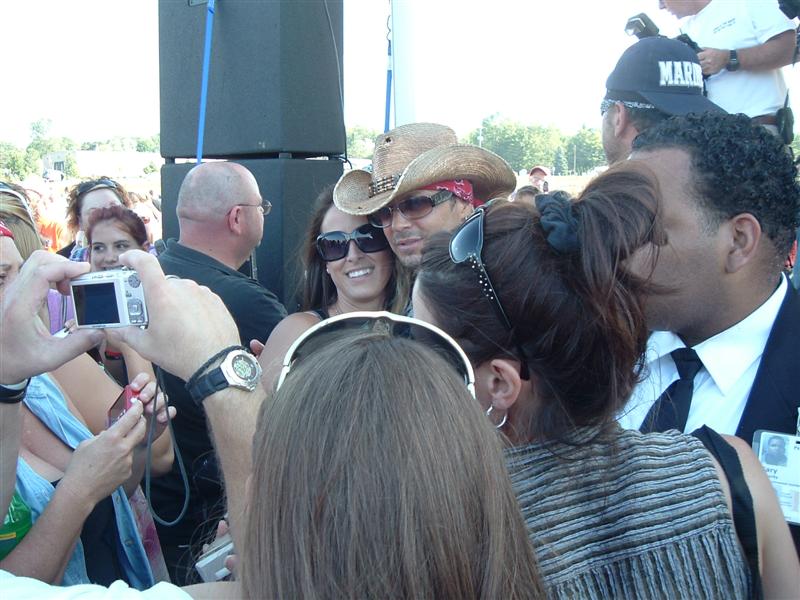 once we got into town thats when red overheated and we were frustrated so we parked there and they filled up 10 city blocks then started diverting to the next street over ...this was HUGE. i know i didnt take the camera to get more pics once we got there as the wife HAD TO GO but hopefully tomorrow rain permitting when we go on the veterens ride ill get lots of more pics of the downtown and the concert with WARRANT!! 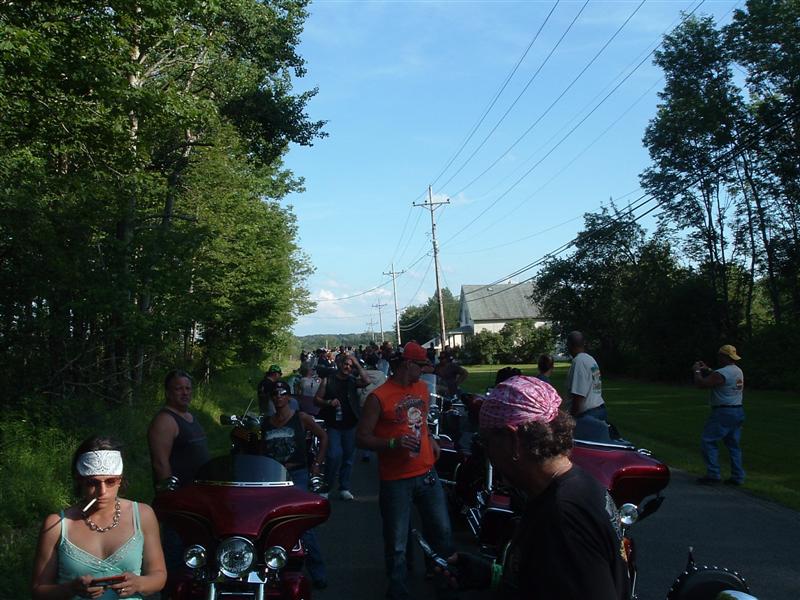 redkat05 said:
ahhhh "Boots" how I love thee and thyne legs that do stretch for miles up to thyne waist
Posted via Mobile Device
Click to expand...

Donating Member
Registered
lol I just am so introverted, shy, & self concious I couldn't even ask em to pose for a picture......

Donating Member
Registered
Just incase someone was looking for some...! 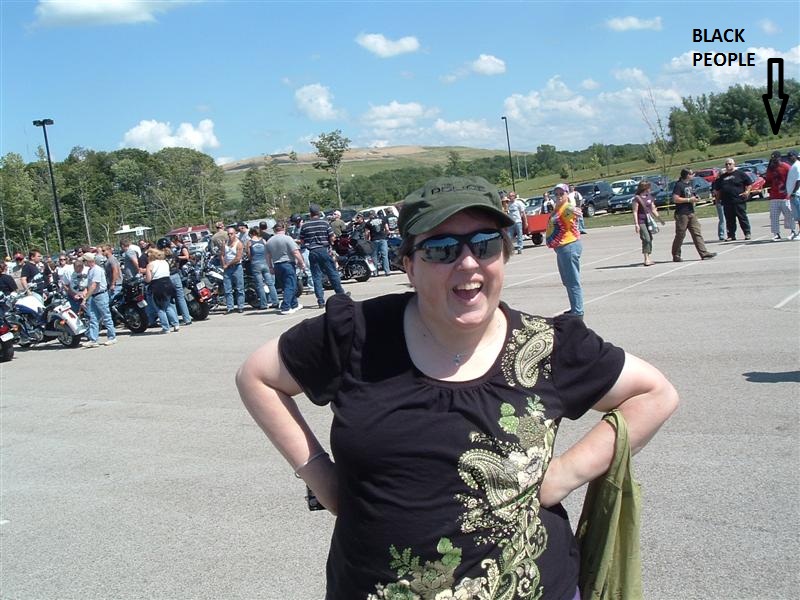 SKINN said:
Just incase someone was looking for some...!

what the hell dude
Posted via Mobile Device

redkat05 said:
what the hell dude
Posted via Mobile Device
Click to expand...

I feel uncomfortable we none of my people are around... Just keeping it real...!

Donating Member
Registered
oh they were around...lol couple had some nice gsxr's and some nice harleys... but they didnt park so i didnt get the chance to get thier pics. and i really didnt see any on the parade wich most of these were taken at. sorry...no intentional exclusion

Donating Member
Registered
Kool...! It was meant as a jk...!

Donating Member
Registered
Well did you say hi to Michelle for me? Wardie

wardie said:
Well did you say hi to Michelle for me? Wardie
Click to expand...