Photoshop help for the ungifted.

Registered
Hey guys/gals.
I am looking to change my viper up a bit and had 2 scenarios I was planning to go with. First, and most likely option, was to replace the right side red stripe with a dark navy blue stripe so it has a blue and red stripe instead. I did this to a car years ago and it looked baddass. Albeit they were wide GM style stripes.
Second course would be to just wrap the mirrors in red vinyl to match the dual red stripes.
I need to make a final decision soon as I am having her Suntek wrapped in clear over the stripes et al.
Can anyone do me a solid and photoshop a pic of both scenarios? I am way to puter stuoid to figure anything like that out. Hell, just logging on here a feat for me.
I am not looking for an arguement thread over which looks more stupid btw!
Thanks a million,
Troy
I will owe ya a brewhaha next time we ride! 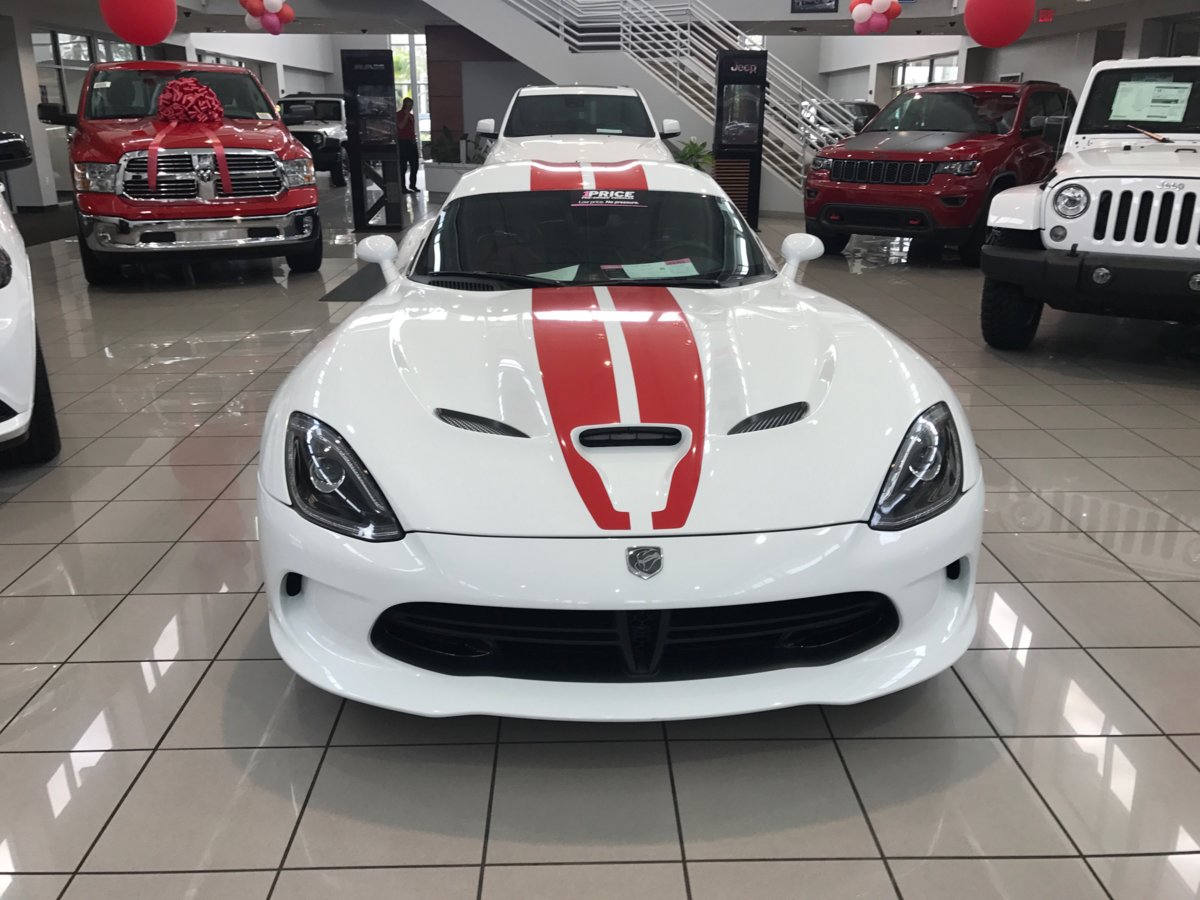 Registered
....next time you're flyin folks...this might be your captain...no worries
lmao!

and Blue stripe!
also, for the record, I'm colorblind, you don't want me photoshopping it, bastids wouldn't let me fly either, lol

Registered
Owing a brew isn't worth it either.
Needs to be a ride in the car.

sixpack577 said:
Owing a brew isn't worth it either.
Needs to be a ride in the car.
Click to expand...

Funny, I was actually gonna type that when I made the post... But then I realized how boring that ride would be right now. I'm a bit skeerd of her stil!
But hey, cmon down anytime!
Troy

Donating Member
Registered
Wrap the mirrors in blue (the smallest color on the flag) and then clear everything.
H

Registered
Does this cover the one scenario? For the mirrors just painting them loses reflection & dimension and it appears fake, thus it requires more expertise than I have. 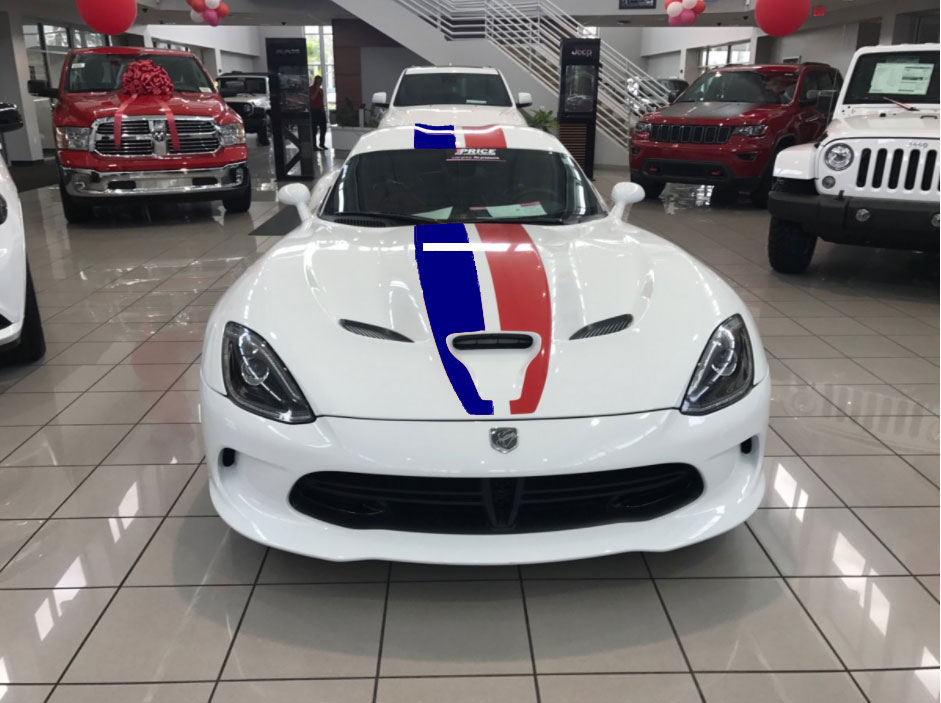 Registered
Damn, that's it!
I just couldn't envision the skinnier stripes. They sure looked great wide years ago. Yes, I def like that. I will post up a pic once it gets finished.
Thanks wannabe!
Troy

Registered
Why not Plasti dip it so you can peel it off when you want to change it?

There is a member here that changes the color of his Busa frequently with Plasti dip.

I have it on a set of wheels that I did in metallic grey and glossifier and you can't tell that they aren't like that from the factory until you touch them.

Registered
The Busa u r reffering to def looks great each time. However, I think I would be laughed out of the Supercar world if I dipped my Viper! I have seen a couple dipped cars, and they look good from a few feet away. Wouldn't think about it on this car. Besides, I need something more permanant as I will be laying clear Suntek film over the stripes as well.
Thanks for the recommendation anyway. Might have been an alternative to photoshopping and then peeling to replace the stripe.
Troy 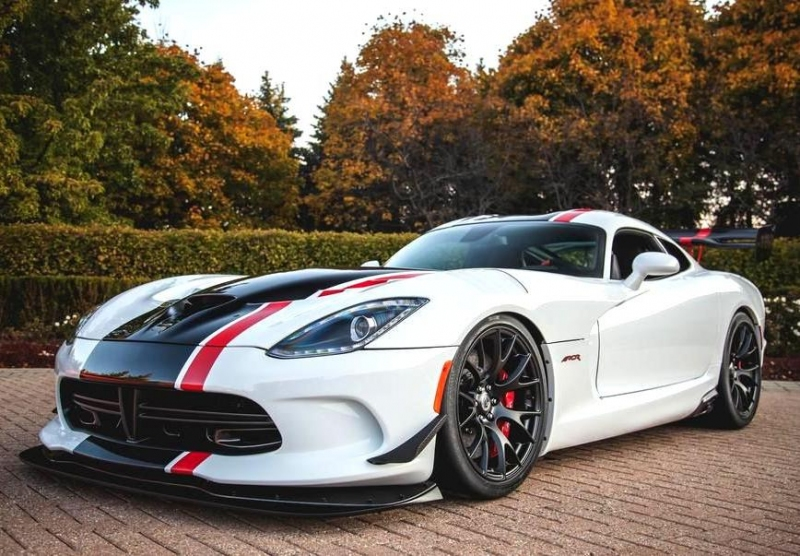 Registered
Getn off, what would you think of coloring the mirrors to match the stripe on their respective sides? I might leave the stems white if I tried that. I think that would be a cool rearview mirror vision. To some others the asymmetry might be blasphemy.

Registered
Ali... Not sure why the ACR pic, except it is def a wicked car. And I have seen the "common" vinyl kits. Want something that stands out. But thank you. Would love the ACR, but aint droppin 150-200 on a used one! Besides, I actually like the carpet and "frills" (read a/c, stereo et al) of the non ACRs.

Wannabe.. been toying with that also actually. Work ur photoshop magic on it brah! Lol maybe once I see the blue/red I might do it to try it out before the clear. Only $250 total. Worth a try maybe.
Troy
H

Registered
Okay, you got me. For what it is worth, here it is.

I think I love this mirror look. 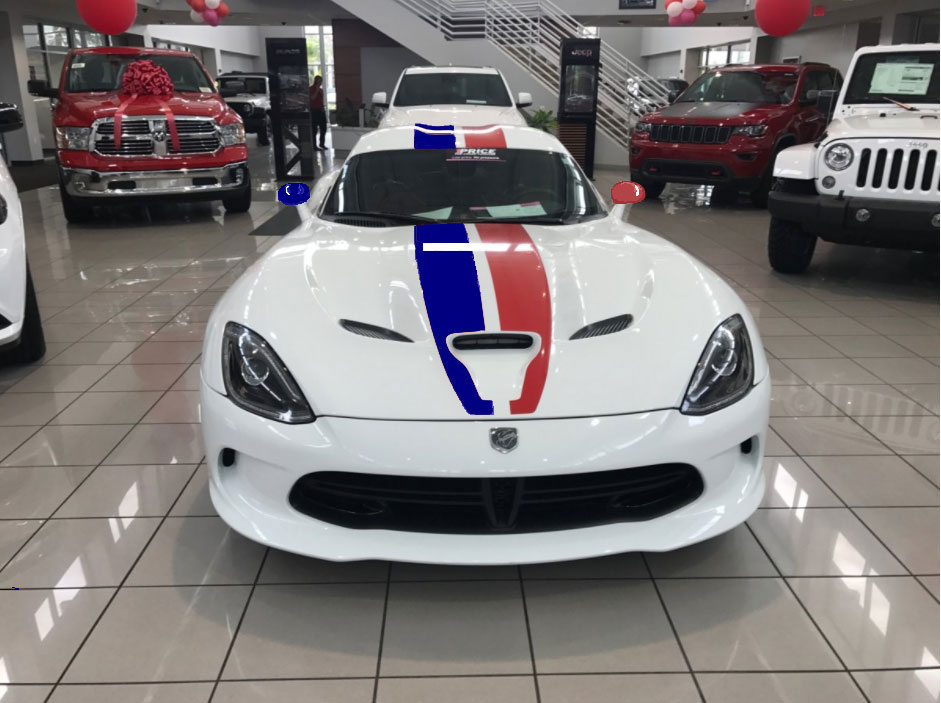 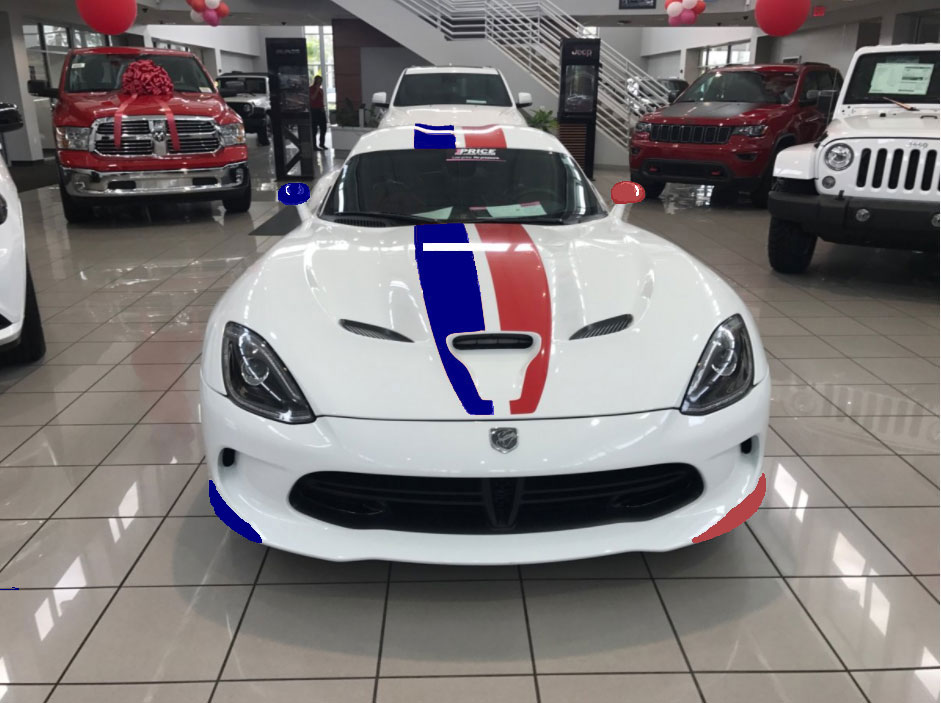 Registered
Lol!
Ok. Now its starting to look too close to Boso the clown! Haha
Think I will settle on the stripes for now. Thanks again buddy. Looks like I saved a bit o beer money!
Btw, I have an appointment friday to pick the color to order, then monday install if all goes to plan!
I was planning a darker navy type blue, but really like the more royal in ur pic there. Hmmmm. Will post up next week hopefully.
Troy
H

Registered
Even as I did that the "clown" thought came to my mind lol.

Took me a while but I figured out how to create a better blue than the supposed "navy" web color I selected. Not sure if this is what you have in mind but it looks closer to my old navy pants LOL.

Your eye probably gravitates to the blue that has a similar lightness to the red. If you do a darker blue you would probably want a darker red. Here is a darker blue, then the same with a dark red. 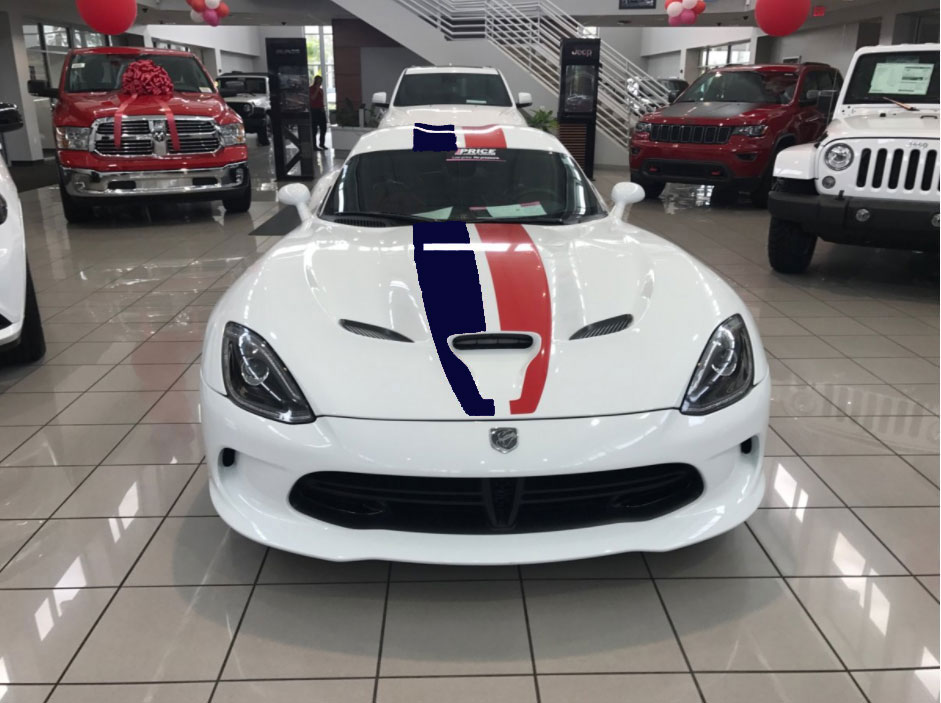 Registered
The Navy looks good too, but still think the first Royal blue works better. This really is helping me. Thanks again. Man, you really are wanting a Viper ride, or that beer!
Troy

Getn off said:
The Navy looks good too, but still think the first Royal blue works better. This really is helping me. Thanks again. Man, you really are wanting a Viper ride, or that beer!
Troy
Click to expand...