Registered
Hiya
new UK member here.
2008 BKing in black. Love this bike and had it since feb this year.

Been riding a little over 3 years now and this is my second bike. First bike was a baby King (GSR600)
The King has always been my dream bike since before I even had a licence. I was even a member at Bking.org before I had a licence

1340cc but you probably know that 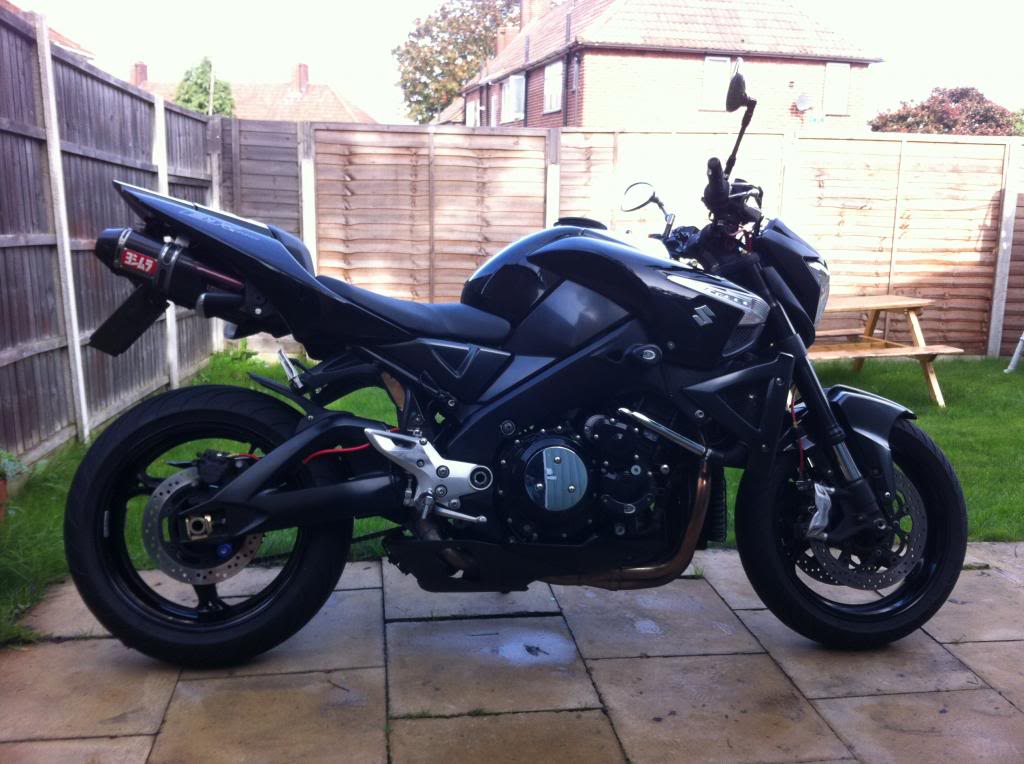 Bike as it is now 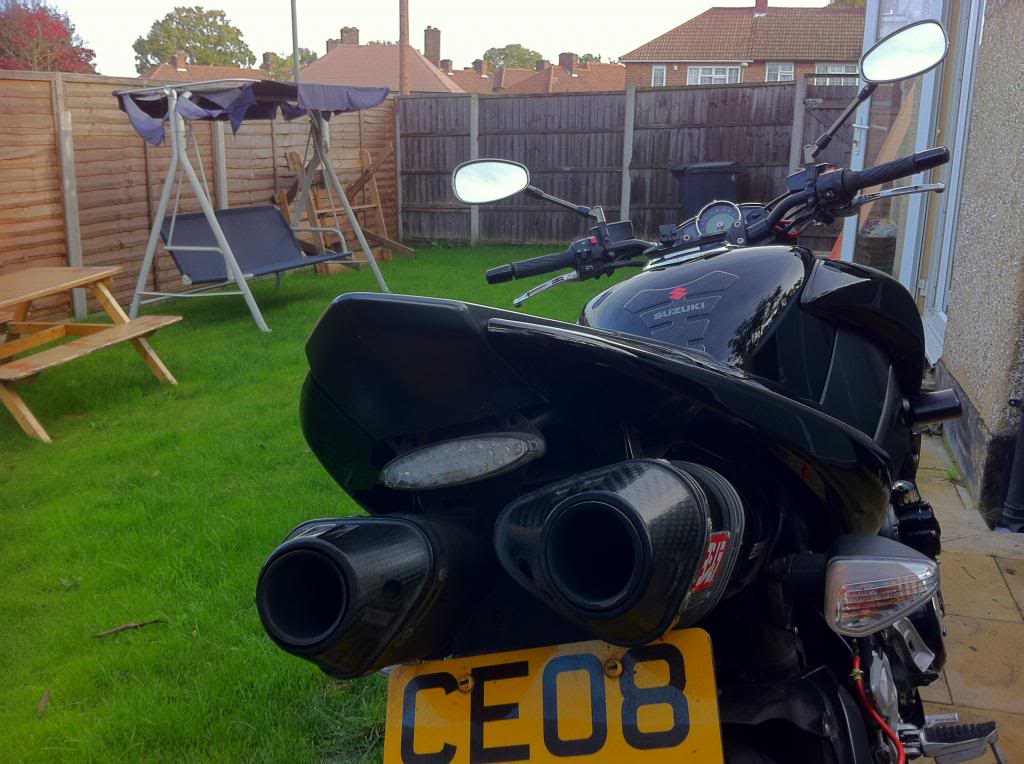 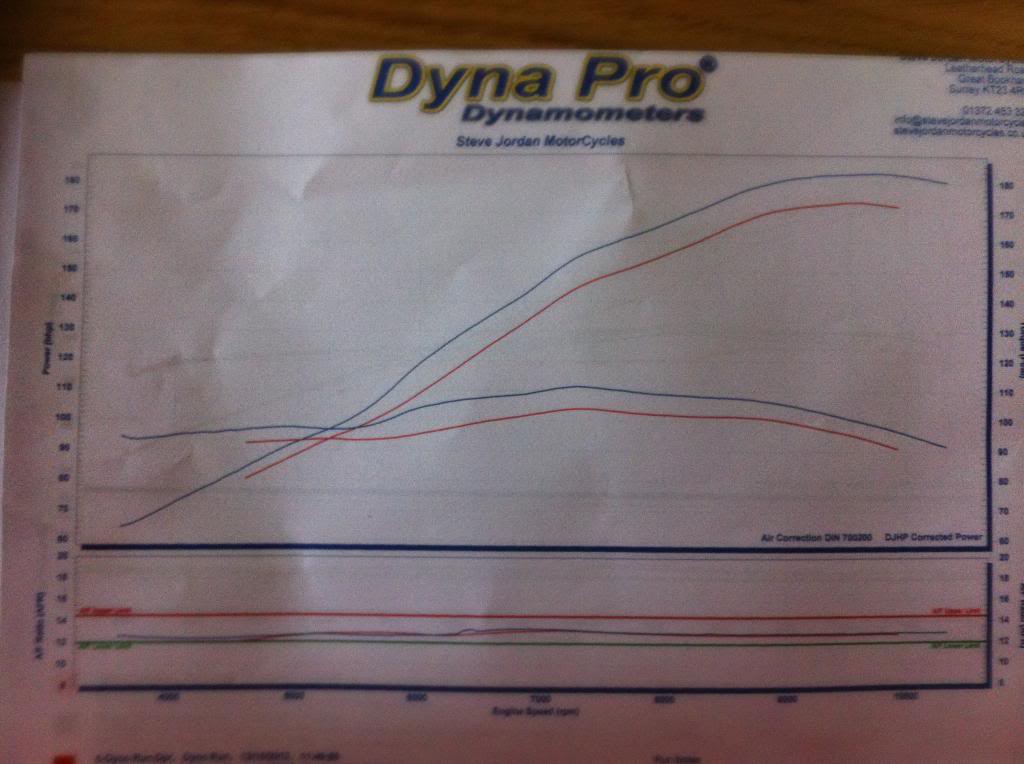 When I got it

Registered
Bike had 4 owners previously before me
I got it on 8k miles and hated it when I got it. Bike handles really badly and couldn't figure out why?
Decided to have it set up before flogging it and hanging myself and the suspension guy said it looked really low.
A bit of digging and found that someone fitted lowering links and didn't bother setting up or altering anything else. So dropped arse. Made the bike stand up in corners REALLY badly.
Ordered standard length bones and the change was magical! rear raised 2" BACK TO STANDARD. No wonder all the previous owners flogged the bike away so quickly Moderator
Donating Member
Registered
That will make a big difference in how she feels.
B

twotonevert said:
That will make a big difference in how she feels.
Click to expand...

you have no idea!! its much better now. a real mans bike 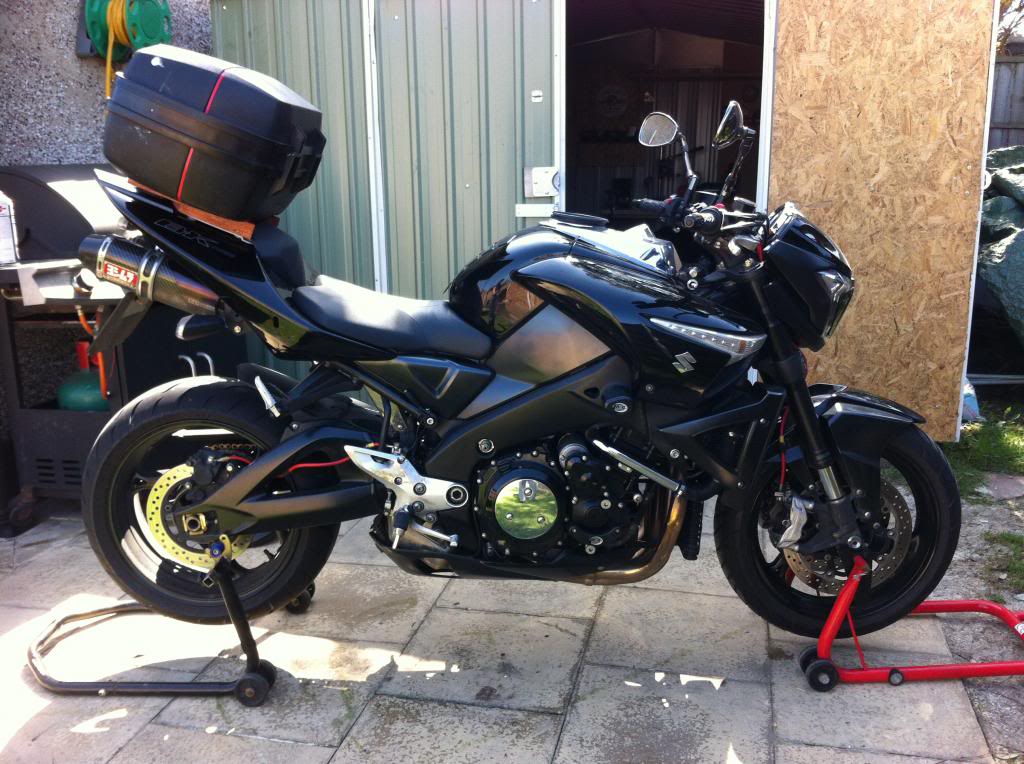 Poor Junior got sold. I miss that bike sorely. It was a great bike and awesome in the corners Registered
Welcome, I noticed that top pic,...was it on ebay once?....Have to say I am very much a Bking fan, It is originally what I wanted to get but as luck would have it I was able to get a busa, "which I should state I am happy with but feel I need to go over it and clean it and tune it and make it nicer," But Still very envious dude, Also a uk rider here!

Also did the same thing with the top box too

Registered
Former B-king owner here. Great bike! Had mine in the 9's at the Track. Have a busa now, but miss my B-King. Welcome!
B


Hey bro. Yup, it's was on eBay. Kawa shop in Wales. Called em and paid over the phone. Saw it for the first time a week later

to the org! Nice bikes man!

Registered
Let me know when you wanna let her go