Registered
Hello gentlemen,
This happens to be my first post after much perusal through a veritable cornucopia of information. I've recently purchased an '09 Hayabusa with very low mileage for a relative bargain. The previous owner was a 28 year old woman who bought the bike new and sold it only because of a new addition (adopted daughter) to her family. I was somewhat skeptical about the history of the bike upon seeing it initially. I checked the vin for any accident and or flood damage, etc. My skepticism was based on the fuel tank clearly being repainted at some point, I could easily discern the difference in surface finish/texture between it and the rest of the bodywork with the tank showing signs of orange peel and just an overall lower quality finish. That, and the fact it had no 'S' emblem was another tell-tale sign of something happening somewhere, at some time.

She mentioned she also got a great deal on the bike when she purchased it from a local Suzuki dealership as a new, untitled bike in 2012. When quizzed on the blemishes she said the dealers explanation was they had moved the bike around the lot for quite a while and during the bike shuffling, it somehow received various scratches, etc. Of course, I performed the standard pre-purchase routine, i.e. examining the chain/sprockets and all control surfaces for any wear to jibe with that of a 2900 mile machine. Even the tires were original Bridgestone BT-015's with considerable 'chicken strips'. My inspection revealed nothing out of the ordinary given the mileage. I paid her the $5400 and away I rode happy as a lark. It's been a fabulous bike over the 1400 miles I've subsequently added but being somewhat OCD I'm ridiculously annoyed with the less than perfect fuel tank so, here's my question:

I'd like to avoid the $1K plus for a new tank from Suzuki and I do see used ones popping up on eBay, but there appears to be a color difference between the white GenII's based on the different part numbers. Now, I don't know if that's due to the graphics or if indeed the paint is different. Would any of you know? I thank you all in advance and I'm certain I'll be contributing in various ways as time goes on. Being 55 with a stable of machines including Ducati's, Aprilia's and BMW's, I waited for the right deal on one of these to come along and I must say it's been an interesting, albeit quite different machine from the others in my stable. 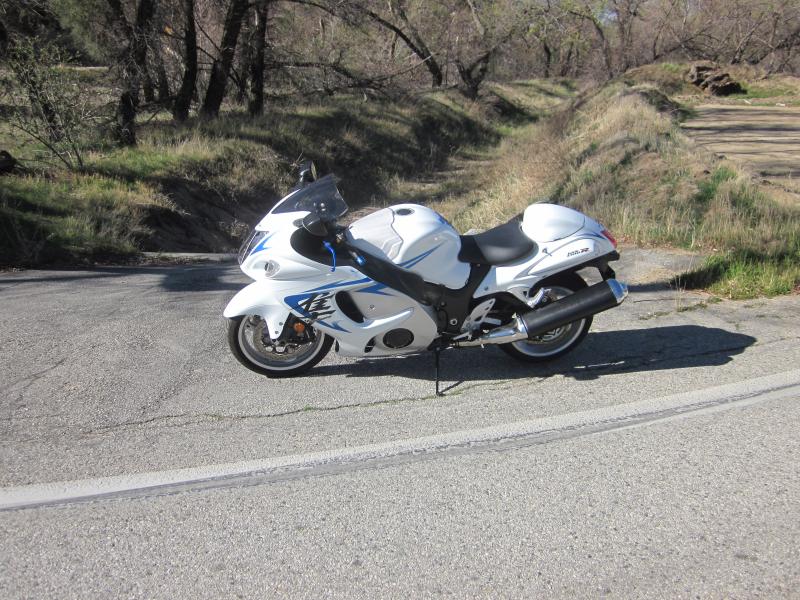 Registered
Thats a steal of a bike. 2011 color code is YPA not sure on 09 and 12 white but I know they are both different than 2011. Duplicolor's website will tell you the color code of the 09. Good luck and congrats on the purchase.

to the oRg you have your answer

Donating Member
Registered
09 11 and 12 are different. 09 is pearl splash white.

Registered
I have the same color bike and as mentioned before, they are different whites. My worse experience was trying to get paint from colorrite in aerosol can. Color wasn't even close. I ended up sending my panels to race ready in Miami for the paint job and even those are not a perfect match. I would buy a used tank. Just my 2 cents

Registered
i used colorrite for that color and it was really close. of corse its not gonna be perfect but would be better then it is now.

Registered
Excellent responses from everyone. I'll keep an eye open for a used, cherry tank for a while and if one doesn't surface I suppose I'll end up buying new. Thank you so very much for your warm welcome and valued input folks, it's truly appreciated.

Registered
Put a bagster on it and call it done....