Donating Member
Registered
I have not decided what to by for exhaust yet, but definately decided the stock cans were not loud enough. Churchkey gave me the idea. I used a dremel to cut the welds that hold the three allen screws in place on the endcaps. I removed the caps and drilled one half inch hole between the threadded rods for the cap mount, It wasn't loud enough so I added three more to each, I still have room for 3 more for a total of nine. With the first three there was some resonation with the cap back on so I cut 1.5 inches off of the center pipe. After cutting off that the resonation went away but it still wasn't very loud, so I drilled the second set of three holes.

They have a sweet rumble to them now, I don't think I'll need the last three holes. I can here the bike now while riding it. I used a standard db meter at 25 feet straight bike from the bike, stock at 4500 RPM was 81 db, With the modded cans I now get 109 db, quite a difference. They are not obnoxious though.

My Warrior was 124 db at one point with the baffles in.

I finished off the mod with some new stainless 6mm hardware, The crap that was on there was way too soft. used a dremel with a drum to clean all the edges and a magnet to get out all the shavings. I may pull the caps back off and paint them black with engine enamel.

Anybody else go this route?

You can see the shortened pipe and the holes I drilled in this photo. 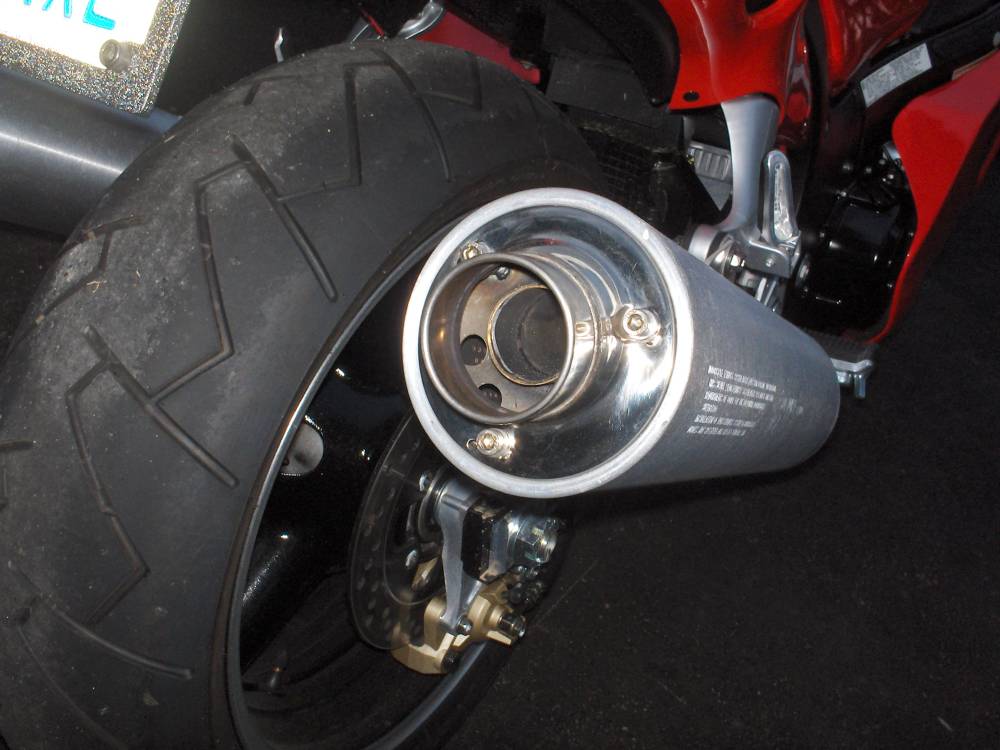 Registered
sorry your mod sounds like it is what I want to do. Thing is I learn by sight so do you have any pics like a little step by step? If not thats fine. But I really want to do this. Could you make a sound clip of this? how does it sound at wide open? Is it more high pitched or low than stock sound?

Registered
Ive heard that after you drill the holes, you will get some occasional backfiring. Good luck!

Donating Member
Registered
well Grump I sort of did the same thing..a while back .. I used a 7/16th bit n ..drilled 5 holes .. I never noticed ..the " rumble " it did get ..louder n more of a deeper rumble.

Donating Member
Registered
It is more like a loud whirring sound, a little deeper than stock but not real rumbly. I've still got less than a hundred miles on it I have not had her wide open yet. I'm sure it does not sound as good as Bolts ons but this is free and fills the gap nicely. I did not take step by step pics but can easily take the caps back off tomorrow and snap a few more photos. Check back here around noon. As for a sound clip, I'll give it a shot, but to me it's just not the same as being there.

I did not experience any more decel popping than before I drilled them, The only thing I heard was the resonation and cutting the centers shorter seemed to straighten that out.

I just felt like it was way too quiet in stock form, I couldn't hear it running with my full face on. At least now I know she's breathing.

Registered
sweet thanks for the pics and the sound clip. Yeah I know about the differnce in hearing in person, and second hand media! But its do-able thanks alot
S

Registered
With an Aftermarket exhaust you will add HP and loose the weight of the stock exhaust. And if you just like the 2 can look then just get some slip-ons . The Stock cans made my bike sound like a giant high powered sewing machine.

Donating Member
Registered
I'm buying exhaust, I just have not figured out what I want yet. In the mean time I want to hear the bike running. The stock cans aren't worth anything anyway. So I fiegured what the heck.

For the other guy, here is your photo step by step.

One: Use a dremel or some sort of wheel and cut the welds that hold the allen buttonheads in place. Then use a 4mm allen wrench to remove the screws. 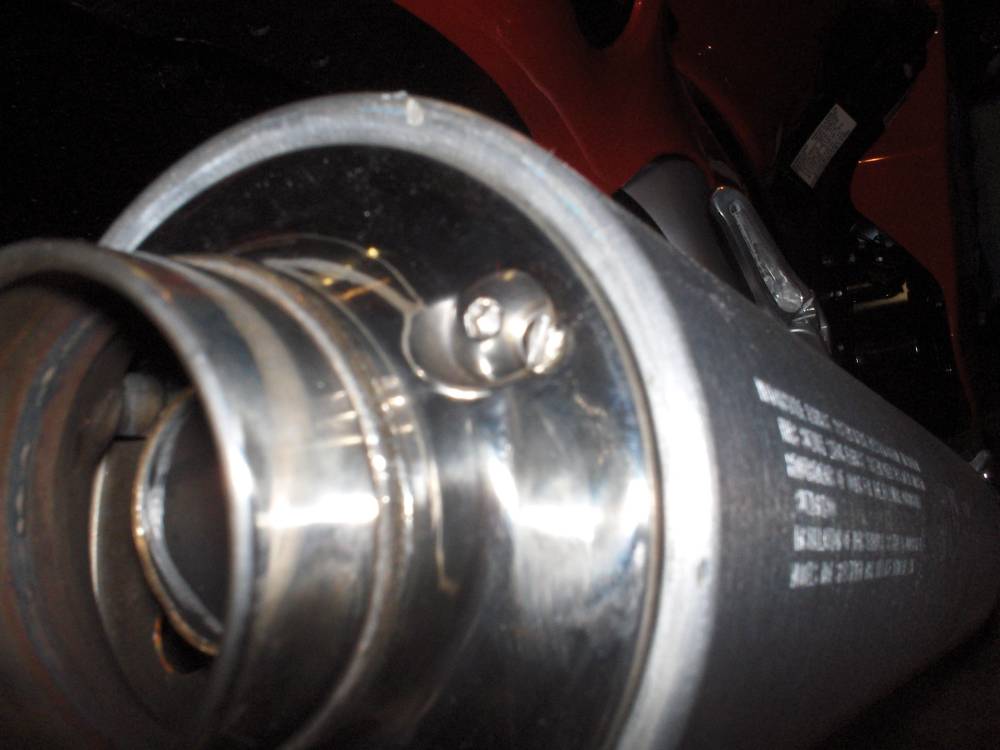 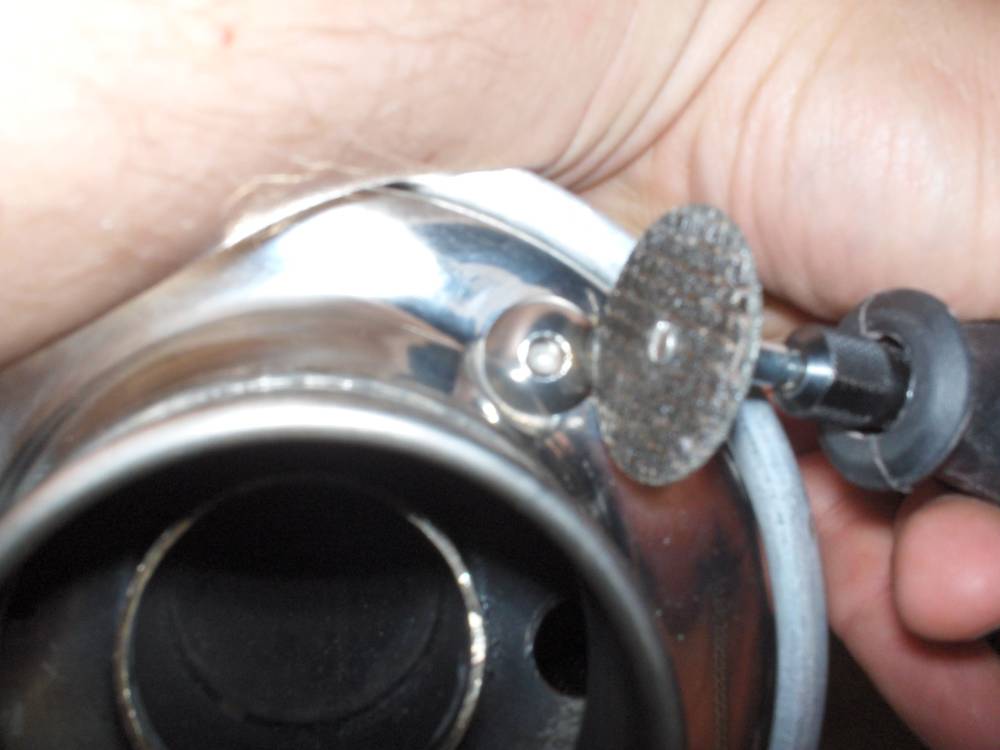 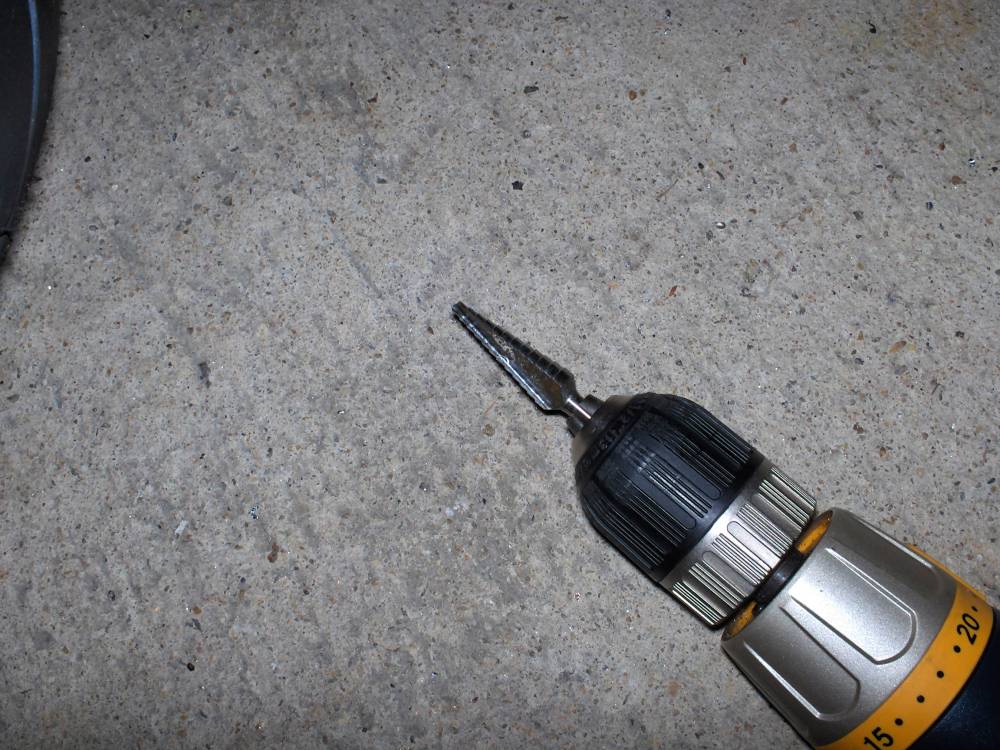 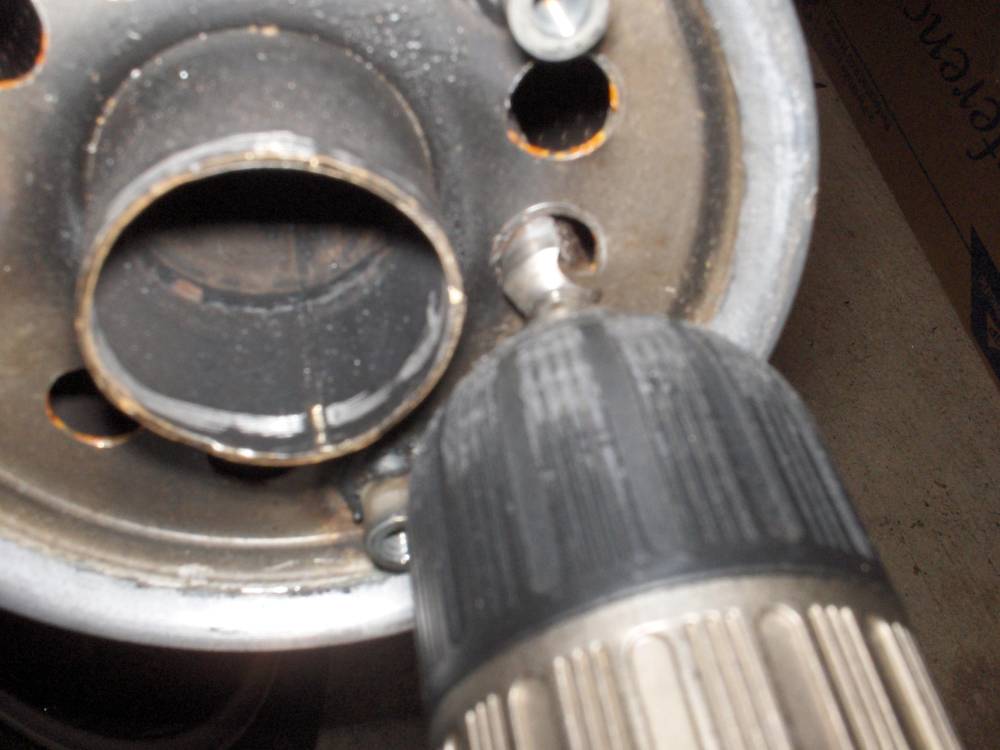 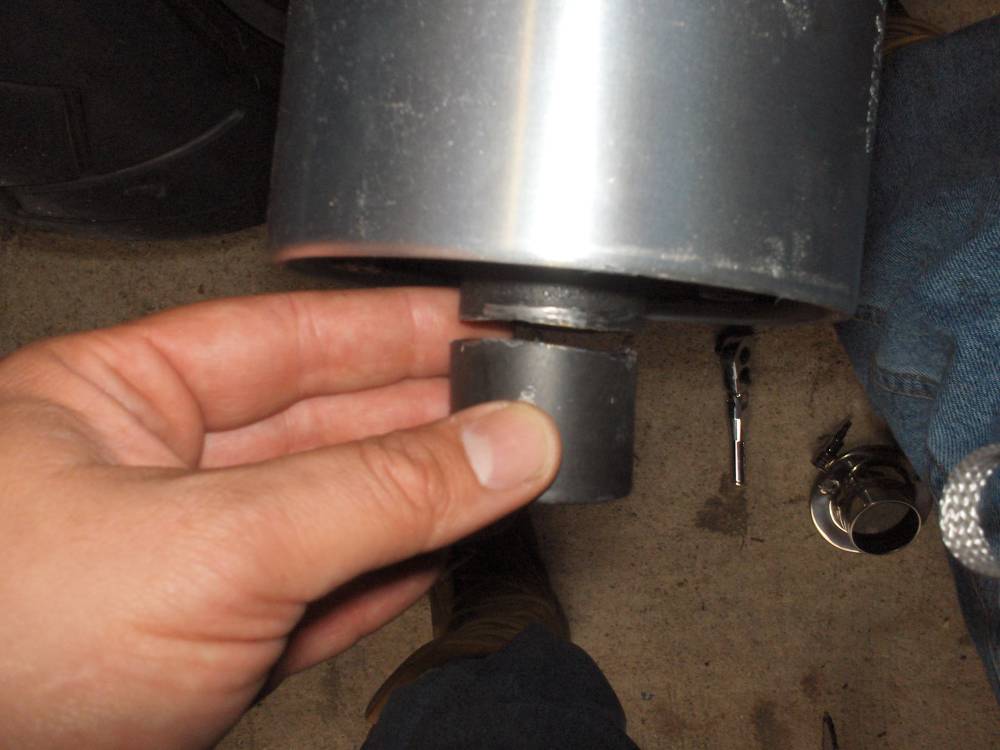 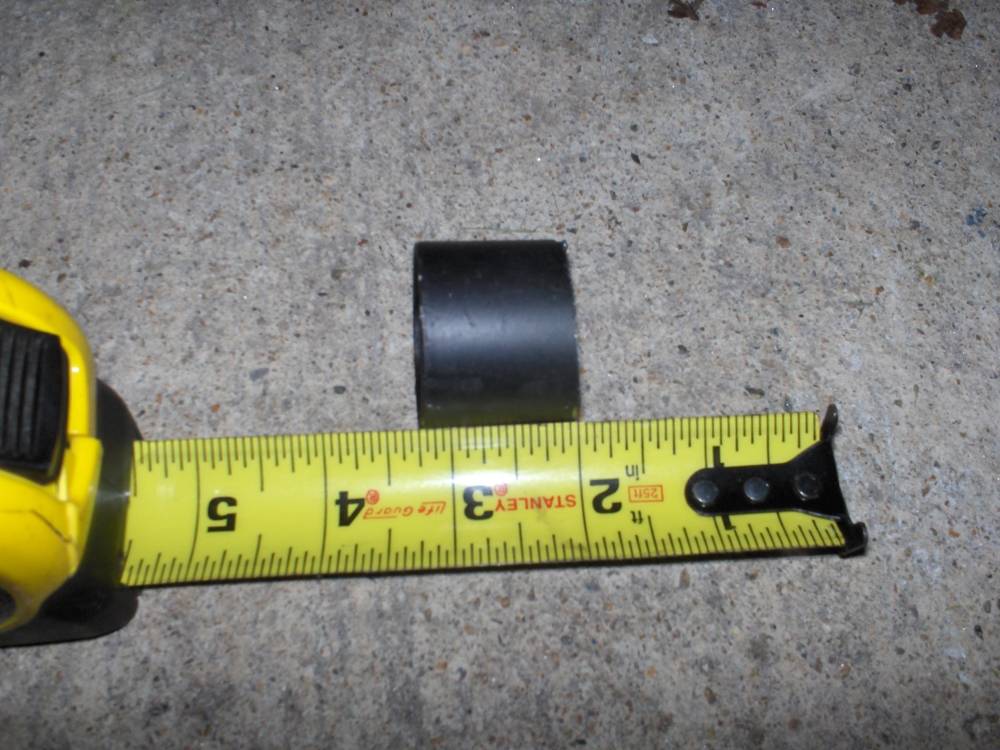 Donating Member
Registered
use a drum sander to clean up all the cuts and holes.
pic seven: 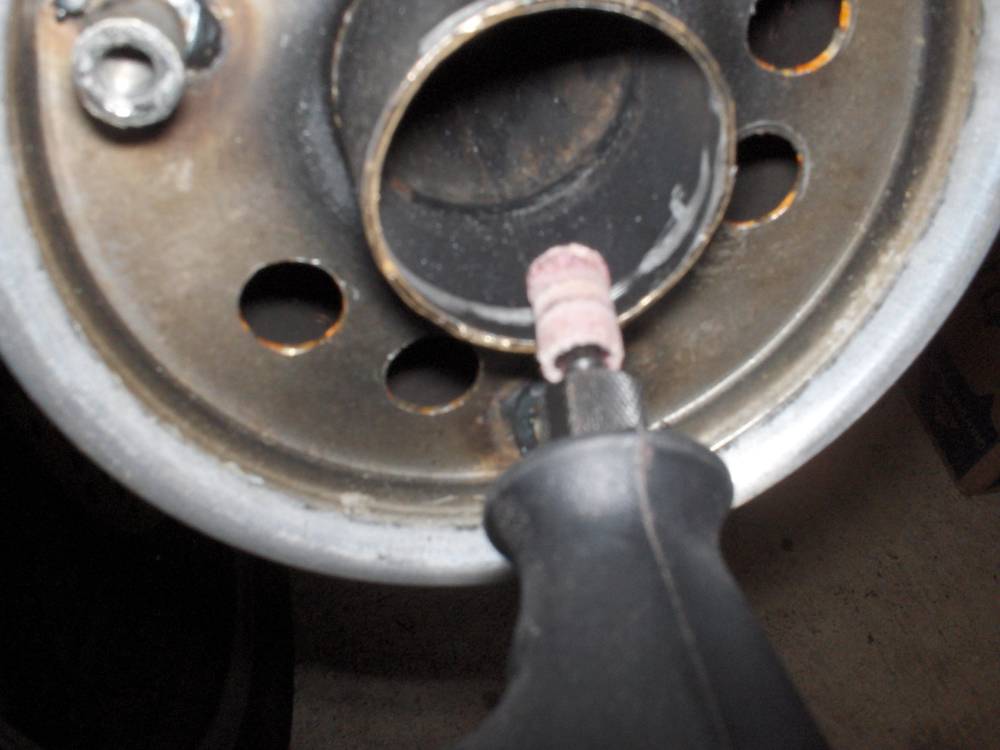 Donating Member
Registered
use a magnet to get all the shaving etc...
I then sprayed everything with black engine paint in hopes to keep the rust down.
I bought 6mm allen head stainless bolts to replace the stock stuff, the length is 12mm.
pic eight: 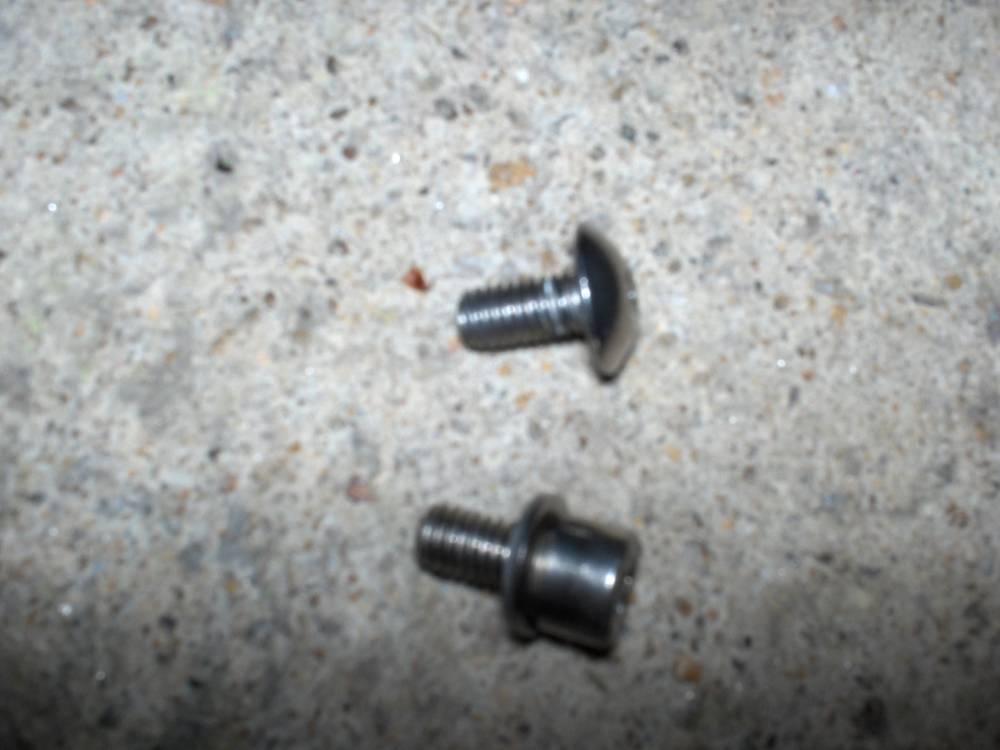 Donating Member
Registered
Button it all up.
pic nine: 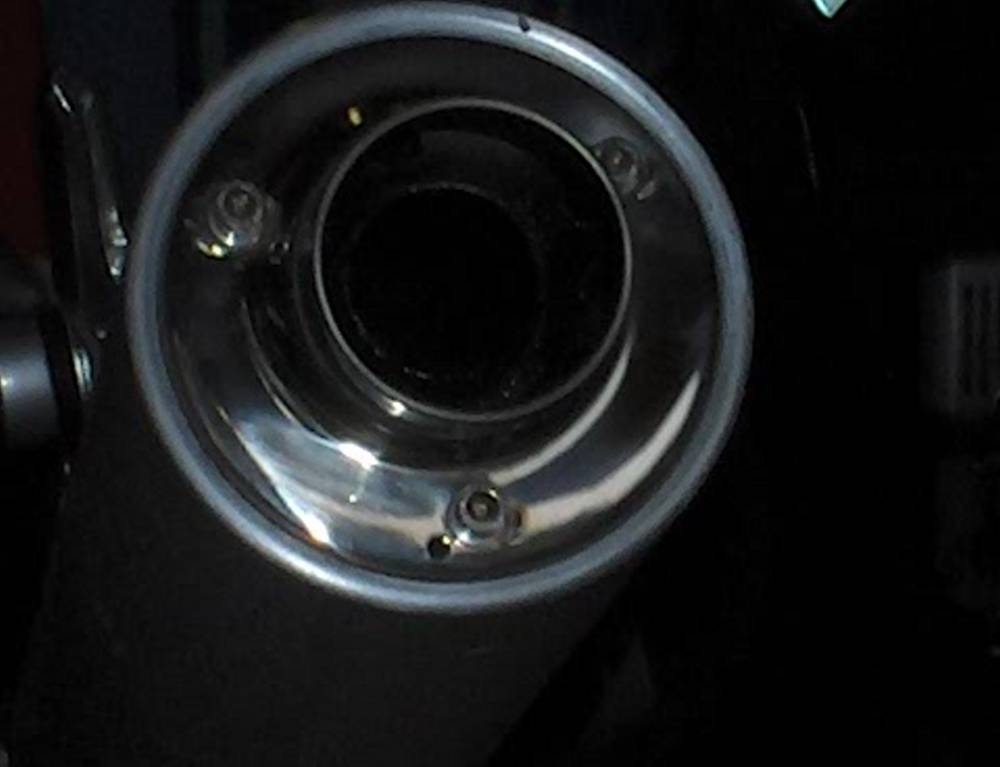