Donating Member
Registered
Well folks?...whilst my parents were sort'in and digg'in through their walk-in closet?...they found these and brought them to me last weekend..and it brought back some fond memories of personal achievments long past..circa 1977...to wit?...

The icey cold stare of one of the worlds best freshly trained killers... 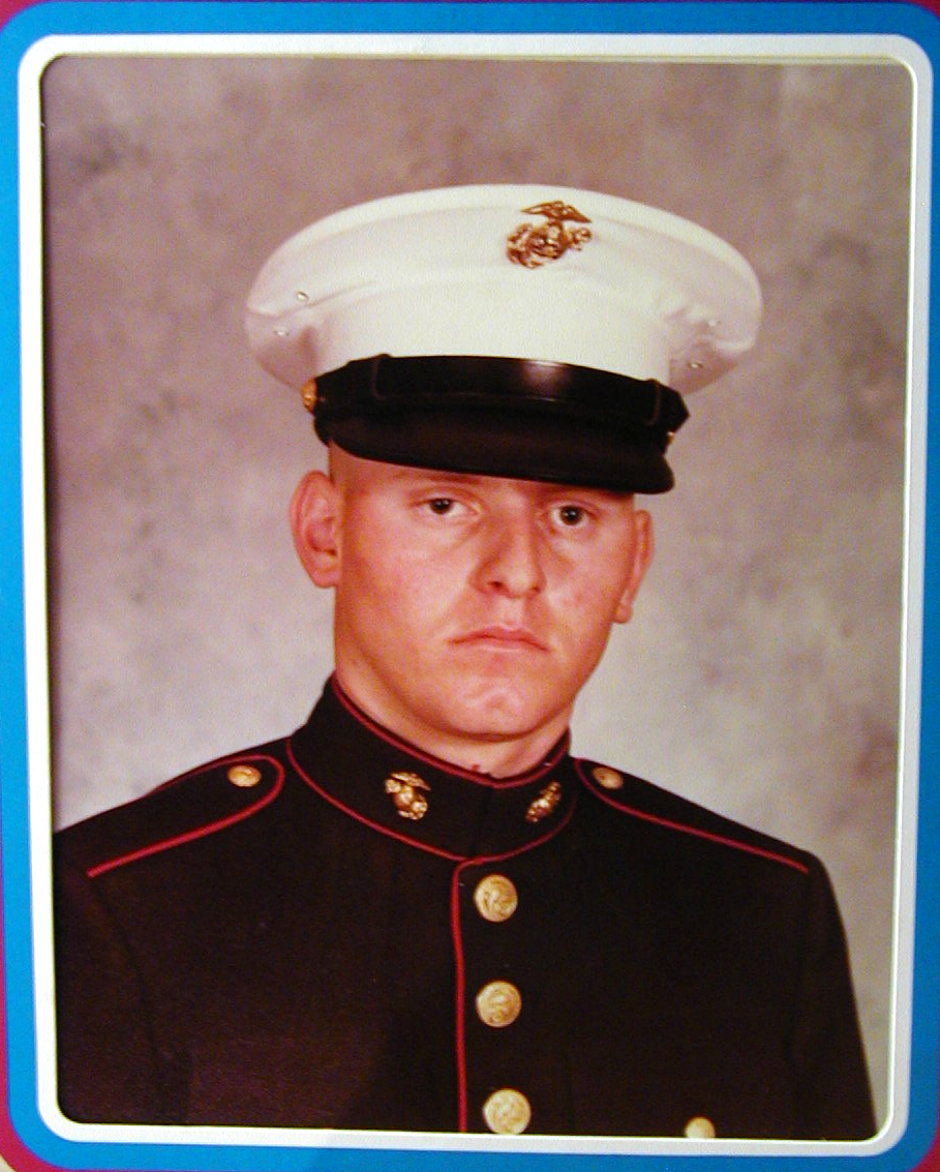 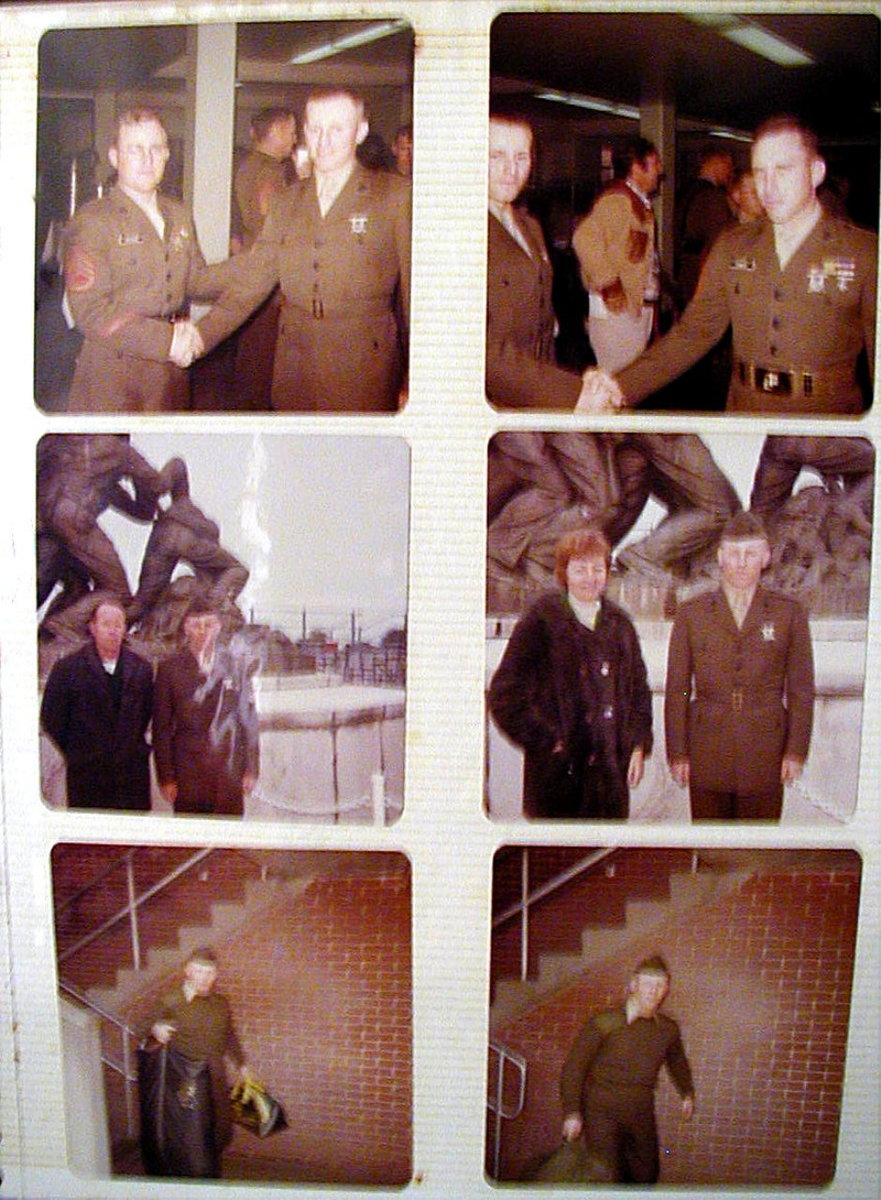 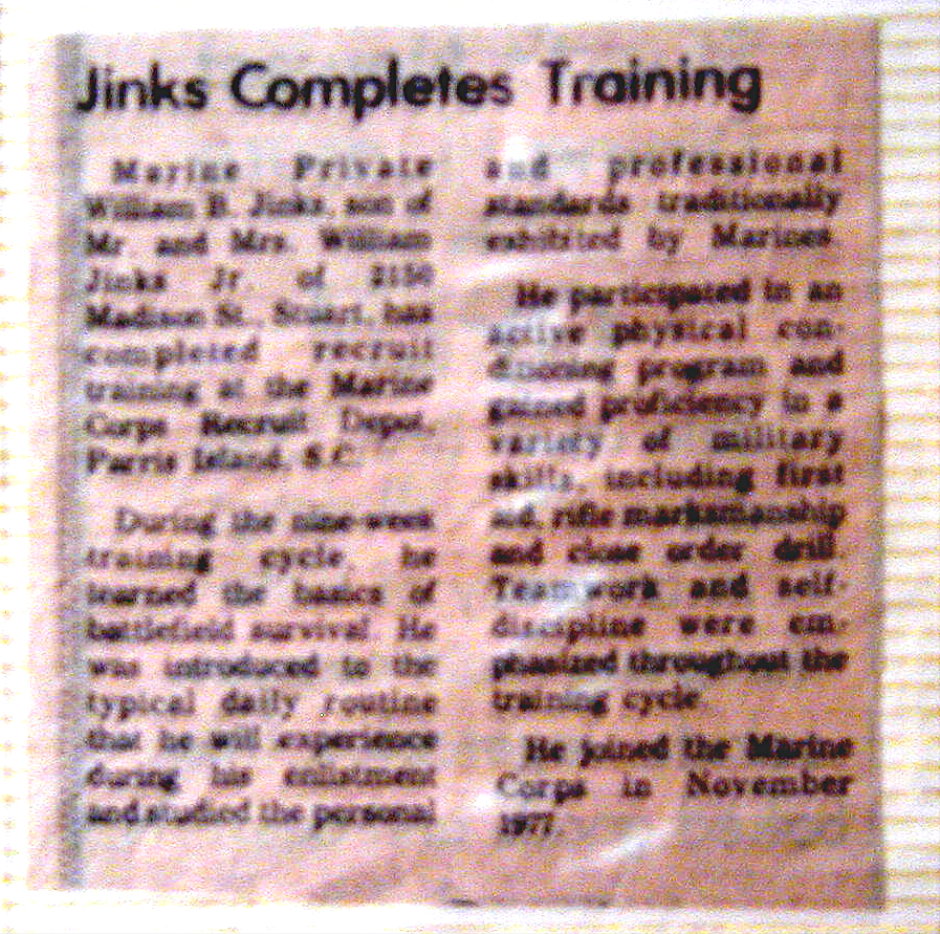 Then just when they had me all primed to pilage, plunder and kill?..they sent me to school. N.A.S. (Naval Air Station) Millington, TN to train to become an Egress and Evironmental Technician..Ejection seats, Canopy Jettison, Cabin Pressurization, Liquid & Gasous Oxygen Systems (including LOX convertors) and AC/Heating... 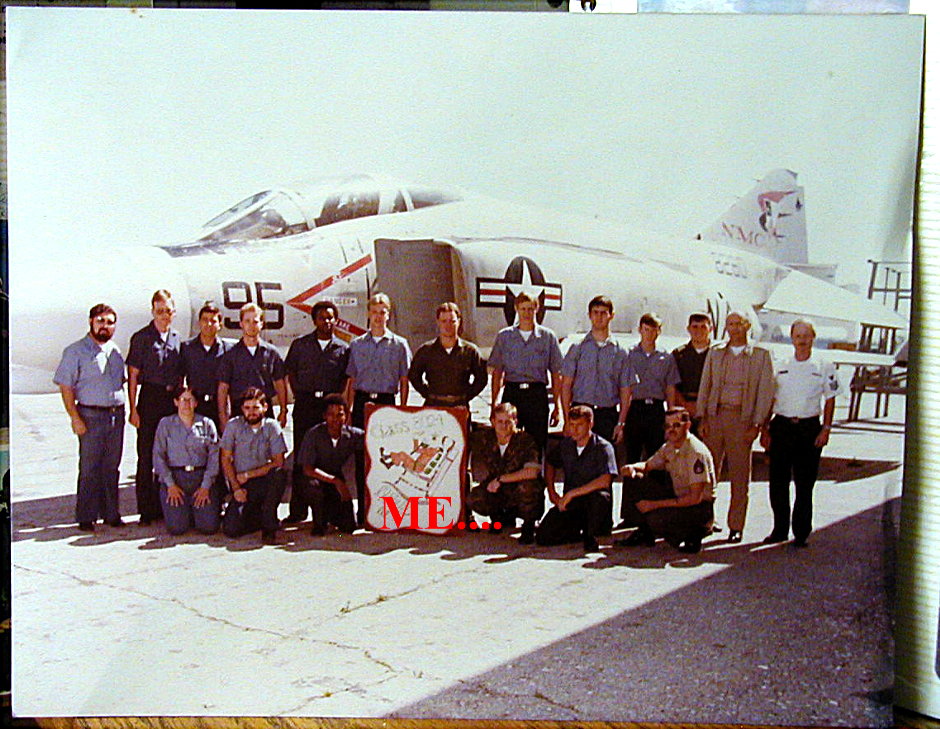 And some said i made quite the handsome Marine..namely Female navy airmen! LOL! 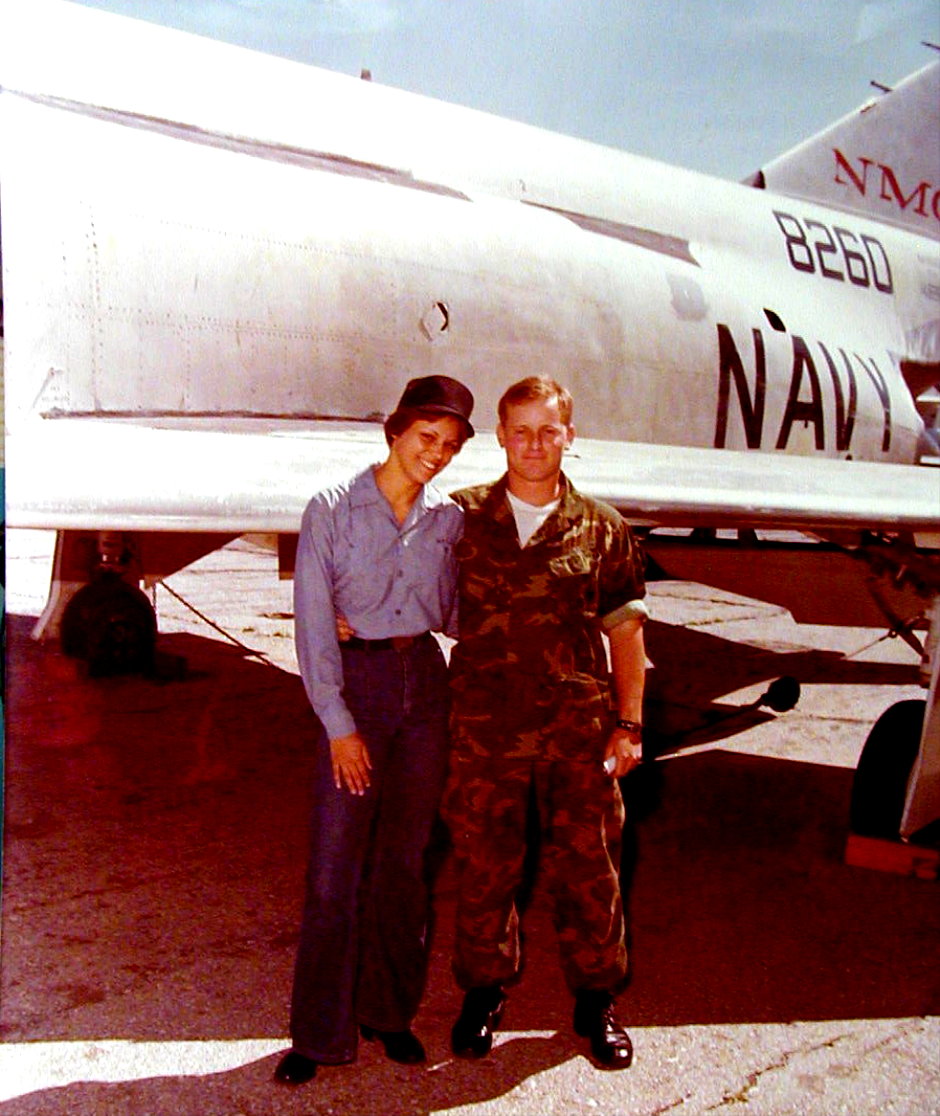 Hey Now! Don't laugh!...she was quite the catch for being a marine locked in the suck assigned to a naval training facility! LOL!

And after a short OJT stint at Pendelton?...working with a team of OV-10's that specialized in "Precision Insertion" of paratrooping Marine Recon Rangers?..I got permanently assigned to these guys...VMA-214...The Marines "Blacksheep Squadron". 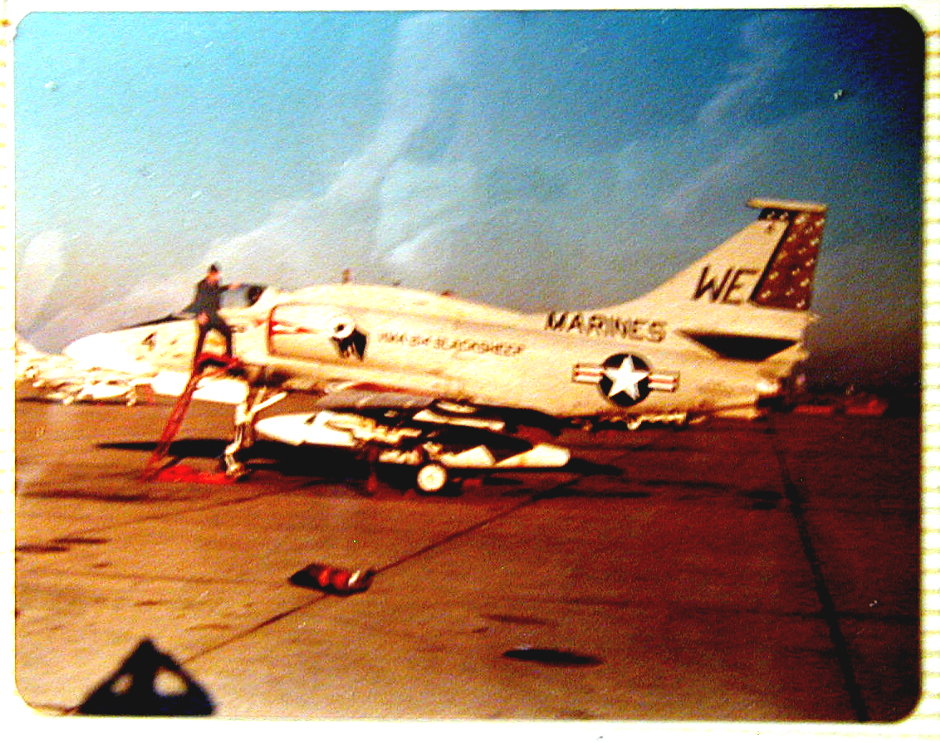 but only cause they're "Pix Of Pix" that were taken with a reeeeal old film camera...to bad i don't have my scanner hooked up anymore..i tried to enhance them with camedia software.

Donating Member
Registered
I looked like a twig when I went to PI,weighed 120 lbs,I GAINED 40 lbs in basic!

I want mine to say Pauly Walnuts!

Donating Member
Registered
Been in 13yrs, 10 active, 0331, GySgt, Love the Pictures!! And I must say, great choice on the gal! I married a sailor, we have been married 10 years now. She is currently deployed on a Carrier, I am at home taking care of the kids and riding my Busa. Great to see those pics, it is nice to know that we have a good USMC representation here on the Org! Probably why all the ladies are constantly checking it out!

Donating Member
Registered
Great shots, Bill. In the first pic you looked like you had your war game face on.

Well ya know this is all your fault NJ...i've been thinking about and dreaming about going back and kick'in some azzever since you visited me and showed me that watch of yours!

Donating Member
Registered
Great pics, we seem to have quite a few Marines on the
oRg.

Yeah....after 4 months of "do or die" i was definantly ready to kick some azz...and my how times change...

interesting factoids of that era...

1. Upon rating as high shooter of my platoon on pre-qual day?...i shot a 248 out of a possible 250 at 200, 300 and 500 yds...the range record (w/ an M-16) at parris island at that time was 249...later that evening back at the barracks my drill instructor requested that i assist/coach my fellow platoon members who weren't doing so well...some still not even qualifying as marksmen..so i did...some still even had their understanding of "Sight Adjustment" backwards in their mind...I helped them..the next day?..qual day?...not only did everyone qualify?..but....our platoon led the BATTALION as rifle experts and sharpshooters besting all other platoons in our battalion by a wide margin...the following day?...they offered me LCPL stripes and $3,000 bonus to switch my "Gaurenteed Air-Wing" status too..."Marine Sniper"..i was hesitant and said "I wish there was a way i could consult my parents before making such a decision" and suddenly?...i was the only recruit i ever knew of that was permitted to make a call home from PI boot camp...and my father said..

"Well?...the choice is yours but lemme ask ya this..when ya get out?...do ya wanna have a job waiting for you at eastern airlines or do ya wannna be a hitman?"

I gave my DI the bad news and then he made me a 2ndary offer..PFC Stripe and $1,500 to stay at P.I. as a P.M.I. (primary marksmenship instructor)

Refused that as well and wound up with the blacksheep.

And based on based on my fathers advice?...I suffered through a long career of lay-offs after lay-offs when i could've been making a freaking fortune had i gone sniper..which sounded waaaaay more exciting to me as a young man!

3. The "6 Mile Endurance Run" was still 6 miles and literally through the woods, gullys, jump'in over tree falls and you name it....my time?...36minutes10 seconds...10 seconds over holding 6 minute miles through the woods...not to shabby eh?.

4. I once had ice crystals begin to form around my chest while lying silently still in a foxhole full of water...at night...after 3 days of war games..in the rain.

Yet i can't help but think...even that was childs play as compared to what our troops are seeing in iraq these days...i pray for them all.

I was so nervous on prequal day that I actually failed prequal.....I was so freaking upset....My Senior DI pulled me in the Duty Hut that night and asked why I failed....I told him...."This Recruit don't know Sir" He said if That happened tomorrow that I would be dropped back to the next class.....And I saw how the DI's treated rejectes.....so there was no way in hell I was going to let that happen....so Qual day comes...and I get expert by 1 point...my S.D.I. was like.."why the F*** didn't you shoot like that yesterday" Once again my response was " This recruit don't know"......AWWW the good old days....
You must log in or register to reply here.
Share:
Facebook Twitter Pinterest