How will you celebrate

Donating Member
Registered
Lots of fireworks (until Leo shows up) and a little grilling.
B

Patriot Day, 2003
By the President of the United States of America
A Proclamation


Two years ago, more than 3,000 innocent people lost their lives when a calm September morning was shattered by terrorists driven by hatred and destruction.

On that day, and in its aftermath, we saw the greatness of America in the bravery of victims; in the heroism of first responders who laid down their lives to save others; in the compassion of people who stepped forward to help those they had never met; and in the generosity of millions of Americans who enriched our country with acts of service and kindness. Since that day, we have seen the greatness of America further demonstrated in the courage of our brave men and women in uniform who have served and sacrificed in Afghanistan, in Iraq, and around the world to advance freedom and prevent terrorist attacks on America.

As we remember September 11, 2001, we reaffirm the vows made in the earliest hours of our grief and anger. As liberty's home and defender, America will not tire, will not falter, and will not fail in fighting for the safety and security of the American people and a world free from terrorism. We will continue to bring our enemies to justice or bring justice to them. This Patriot Day, we hold steady to this task.

NOW, THEREFORE, I, GEORGE W. BUSH, President of the United States of America, do hereby proclaim September 11, 2003, as Patriot Day. I call upon the people of the United States to observe this day with appropriate ceremonies and activities, including remembrance services and candlelight vigils. I also call upon the Governors of the United States and the Commonwealth of Puerto Rico, as well as appropriate officials of all units of government, to direct that the flag be flown at half-staff on Patriot Day. In addition, I call upon all Americans to display the flag at half-staff from their homes on that day and to observe a moment of silence beginning at 8:46 a.m. eastern daylight time to honor the innocent victims who lost their lives as a result of the terrorist attacks of September 11, 2001.

IN WITNESS WHEREOF, I have hereunto set my hand this fourth day of September, in the year of our Lord two thousand three, and of the Independence of the United States of America the two hundred and twenty-eighth.

on the pegs + into the sun

Donating Member
Registered
Out of everything from that day and all the images and footage that's around to remind us of what happened, this image (below) is the one that has haunted me for the past five years. The NY fire dept. chaplain at the center of the image was mortally wounded while ministering to firefighters at the scene of the towers. While I'll be thinking about the friend that I lost that day, I'll also be thinking about that chaplain as well as who he was serving, and the men who carried his body away then likely turned around and went back in. It's a level of bravery that few of us will ever realize. 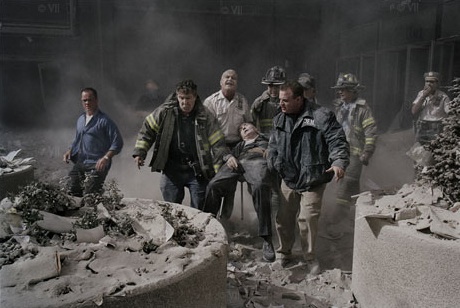 Registered
I'm a 4th grade teacher and also a marine ('90-'98) so my class will be participating in activities revolving around what the day represents. I'm constantly riding the administration about flag etiquette at our site but this day will need no reminding.
B

I plan to pray, give praise, and give thanks.
P

Donating Member
Registered
Remembering those that sacrificed all....
and working.

Staff member
Administrator
Registered
This is a plywood sign I just finished putting up in front of my house. 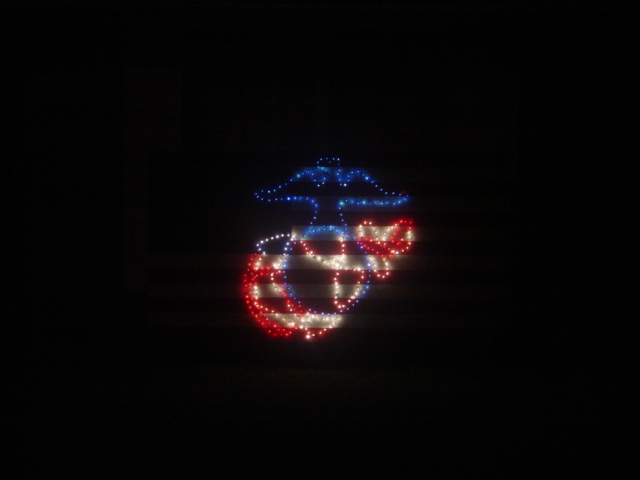 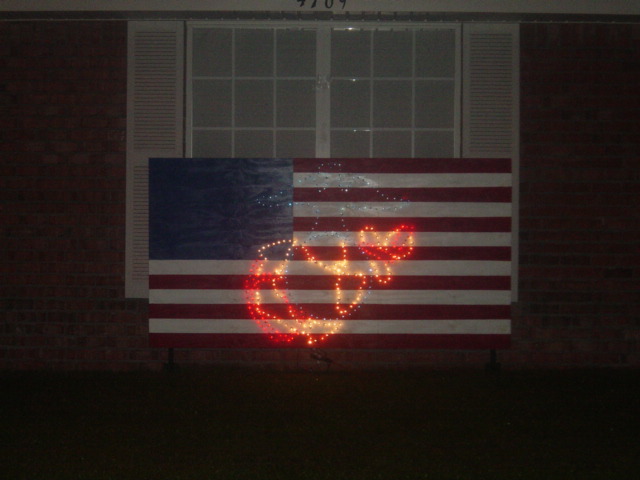 Staff member
Administrator
Registered
Remember those whose lives were taken - 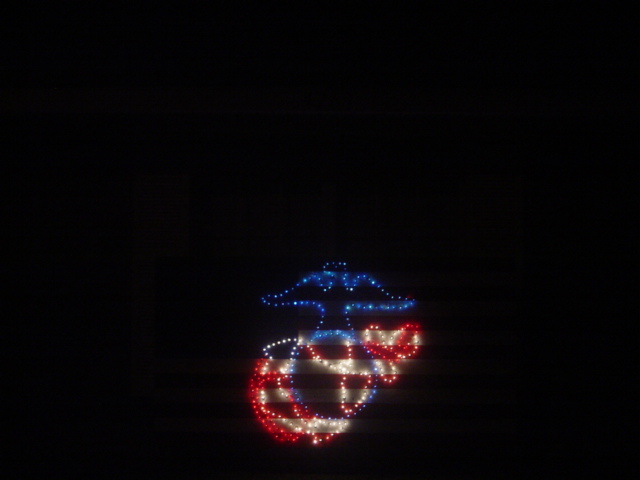 Staff member
Administrator
Registered
I just realized how bad those pics were...
B

Donating Member
Registered
We just had an observance ceremony.

My thanks, prayers, and support to all that serve and protect.

I rode in a 9/11 Memorial ride on Sunday. By unofficial count there were 418 bikes in an escorted parade from Knoxville, TN 55 miles to the Clinch Mtn Veteran's Overlook where 4 old warbirds did a flyover. It wasn't my cup of tea to ride in a formation that size, but it was an awesome experience. That formation went on forever. Donations went to 2 VFD's in the area.

By the way shortboarder, it is believed that Father Michael was the first responder killed when he was hit by a falling body while giving last rites.

Dan
You must log in or register to reply here.

Jul 2, 2009
skydivr
From my commanding officer