Is the color all black or two different shades of black?

Registered
all black no two shades, neighbor up the street has one. 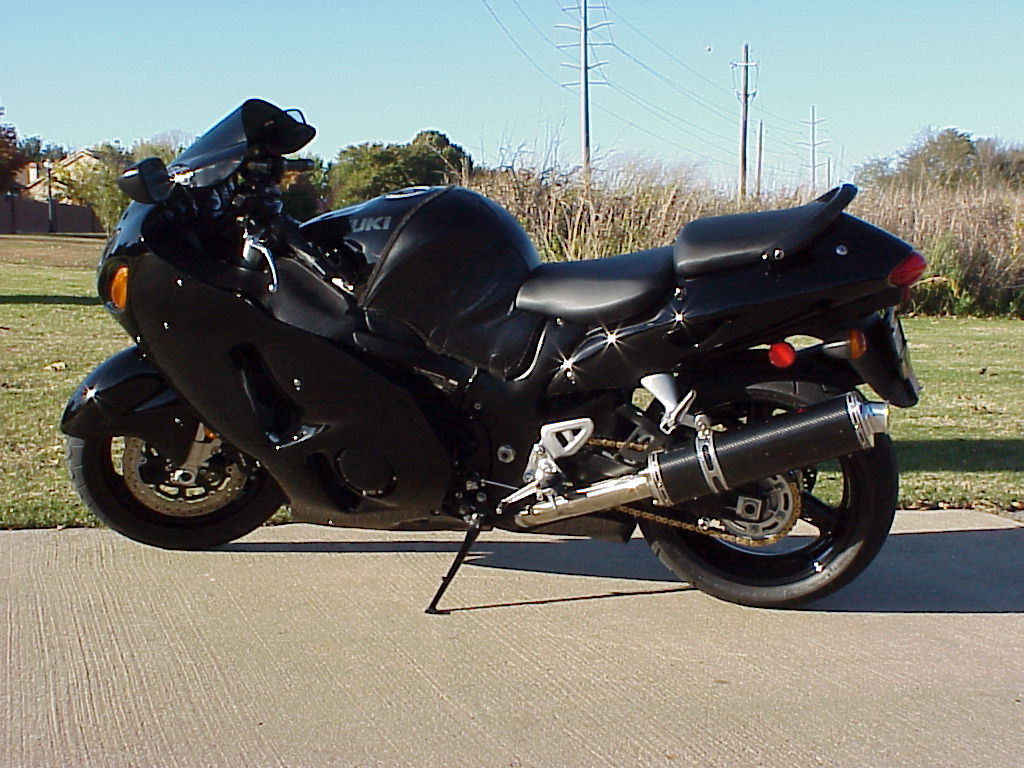 Donating Member
Registered
Blk/blk only in the 02, and I got one!

Registered
w00t! got my 2002 all black model also, bike is gorgeous

Donating Member
Registered
If I recall correctly, the same bike will be offered as a 2003 also. I have a buddy who recently wrecked his '01 blue/silver and he wants the all black, but is pissed that is still the same as the '02. Also, I think they did something different with the fork color or something. Not sure, just haven't been keeping with it too much lately.

Registered
I already posted this at another area of the website, but here it is again. This is a letter sent to dealers offering the SE Busa. Dealers were suppose to respond with the number of units they wanted. My local dealer ask for three and I got the first one in Jul 02. I think the all-black Busa is being offered in Canada, England, and maybe some other European countries for 03. Hopefully the "BK" in the VIN will make the 02 Busa, that came to the United States, a real "Special Edition." 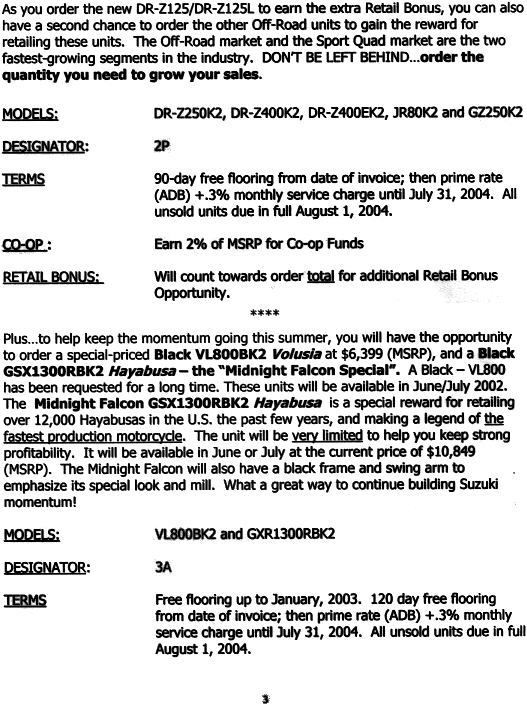 otobai: thanx for that... I am an auto dealer, so I know how that can benefit myself. As I said before, if there is one available around the end of this year, I will jump on it.
thanks again.

Registered
Well....I checked the 03 Suzuki catalog at the dealership here in TX, and they showed the all black, black/grey, and the grey/silver as the 03 models.
I was kinda mad 'cause they said the all black 02 was a LE and I thought I was getting something not everyone would have. So much for that......'cause now everybody is wantin' my bike.
O

Registered
Suzuki dot com doesn't show the all black model but only the silver/grey and grey/black. I guess we'll just have to wait and see what the transport trucks drop off. I first saw the all black Busa in a Japanese motorcycle magazine several month before the all black model came to the States. Then in Jul 02 I got mine and thought I had something special. Not long ago I'm looking at another issue of the same Japanese motorcycle magazine and see another "all grey" version of the Busa. I wonder if Suzuki will offer it as their 03 "Special Edition" model. Sounds like a good marketing strategy to get us speed hungry guys to buy yet another special color Busa. Too many colors...too little time to ride! 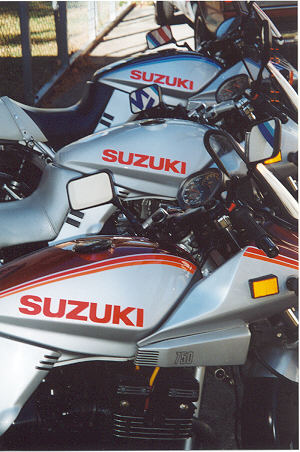 Registered
yea dood, all the research I've done adds up to this-

Suzuki posted the 2003 black busa with SILVER forks on their website and literature about 3 months ago. It never had the gold forks/brake calipers that the 2003 models had

Suzuki quietly pulled the black busa from 2003 lineup about a month ago, and it never appeared since. Not in the literature, bike shows, or website

Anyone I've met who investigated this says the same thing, the black busa will NOT be in the 2003 lineup, and it will remain a "special edition", known as the "Midnight Falcon Special".

I guess the good thing is that I got the black busa and I love it, and I guess it'll hold it's value better because it's a special edition. The bad thing is that it's one hell of a color, and a limited run.

My favorite part of owning the black busa is the CLEANING! The frame and rims are black! The bike practically never looks dirty! I could have 2 inch layer of brake dust on my rims and not know it! I'll take riding over cleaning any day! w00t!

Registered
I don't know about that....I'm constantly cleaning mine....everyhting shows on the all black. 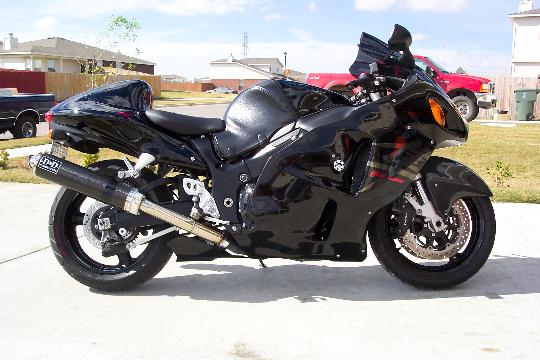 Registered
Does anyone know how many of the SE's were produced? I've never seen one around here besides mine.

Cuz you're a neat freak you G.I. Gigolo you...ROFLMFAO.

(Zorander @ Jan. 11 2003 said:
Does anyone know how many of the SE's were produced? I've never seen one around here besides mine.

My dealer told me that there weren't very many shipped to America. He said something like there was roughly one per dealer, some dealers got more and some got none at all.

I have no idea if he was right on that, but I'd be interested to find out.
You must log in or register to reply here.

M
Found a pic of the 2003 Black Hayabusa