Registered
hey I have a stock 2006 hayabusa, and i need some ideas to make it stand out. So what can I do to make my bike not a plan stock bike anymore?

Donating Member
Registered
What are your riding habits ?

dadofthree said:
What are your riding habits ?
Click to expand...

Makes a difference in what you want to do. For example, my Busa is dialed in for canyons or twisties

Definitely not comfortable for everyday commuting

Registered
Well it would be for everyday driving in Florida. no hill, canyons or twisties. I just want it to stand out. I just dont know where to start

Registered
FL I can see this one goin long and low...

Site Sponsor
Registered
Still too broad of a question.

Pick a theme that fits you and go that direction. Still not sure, start looking at photos of Busa's and pick out the stuff you like. Even hopping on Google Images would keep you busy for a while.

Donating Member
Registered
A custom paint job is the only thing that will make it stand out from the thousands of custom busa's out there. Chrome? Been done to death. Extended swing arm's? Done to death. Blacked out,same,tons of 'em. You can change body work,not alot of those,but guys always do the Gixxer tail swap. For me,the hump makes the busa.

In my mind,the only thing that can really set a Busa apart is a one of a kind paint job,and the "canvas" is huge. Busa's have a ton of square feet of plastic to paint. The possibilites are endless. This was my first busa...looked cool,but way too much up keep. My new one is getting blacked out,the look is only OK IMHO,but the maintenace is awesome. I call it a "garden hose" bike. Hit it with the hose....and go ride. Oyaaaa.

Busa's come stock with 8 painted parts.Mine had like 28 painted parts,the rest chrome or polished.Got the paint code from a toyota echo. 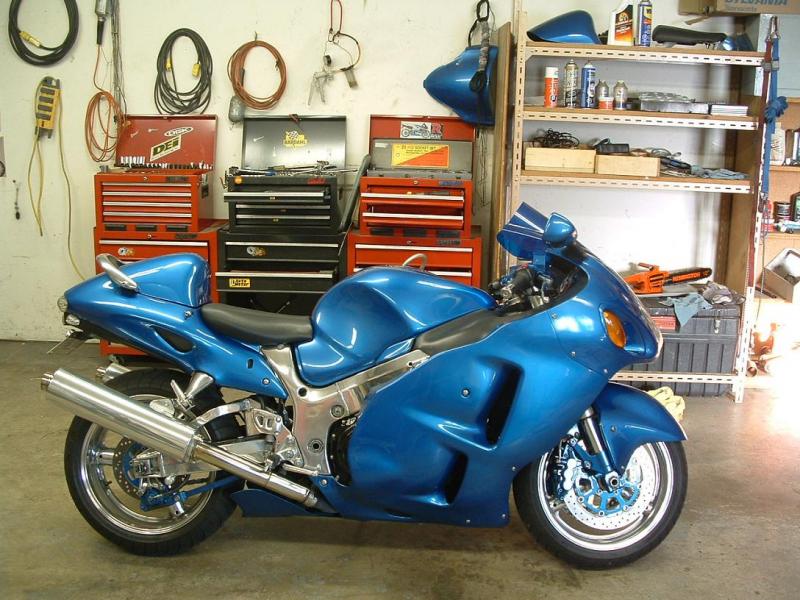 pashnit said:
Still too broad of a question.

Pick a theme that fits you and go that direction. Still not sure, start looking at photos of Busa's and pick out the stuff you like. Even hopping on Google Images would keep you busy for a while.
Click to expand...

Best idea...pick one theme and go for it. I've never been a fan of chrome mixed with carbon fiber,mixed with blah blah blah.

Registered
The Busa is the most customizable motorcycle on the planet so when the phrase "The sky's the limit" is used it applies to the busa...... Your statement is way too vague and lacks direction. 1st and foremost what is your current financial situation like? Because "stand out" aint cheap

go on ebay and look at some of the gen1 busas fully tricked out selling for 20+grand....... There is soo many ways to stand out but it depends on you. A Gen 1 busa with a RCC stage 2 turbo kit with all the trimmings stands out IMO or a fat 300 SS swingarm or a no expense spared custom paintjob/ airbrushing. All of these equate to a chit ton of money so pick your poison do your research and good luck.......

Registered
You should put a flux capacitor on the hump of your bike. That would make it stand out.
L

Registered
Thanks for the input, but are there any good websites to get a custom bodykit. I dont want no cheap china body kit. Also I want to spend around 6k to get my bike right. I dont really want a turbo or anything for the performance. I think I will go with the paint job, but I want a unique body kit first.

I wonder about those kits with the TANK COVER.???

Anybody have a set of these?

Donating Member
Registered
You contact me I can set you up all kinds of ways...I only use oem plastics or catalyst glass if off street bike..

LOOK IN PHOTOS::::: I have lots of busas I have done need to upload them


Lastest full bike rebuild from customer lay down in traffic,sent all parts via pallet to customer and he assembled it...


Laonardo48 said:
Thanks for the input, but are there any good websites to get a custom bodykit. I dont want no cheap china body kit. Also I want to spend around 6k to get my bike right. I dont really want a turbo or anything for the performance. I think I will go with the paint job, but I want a unique body kit first.
Click to expand... 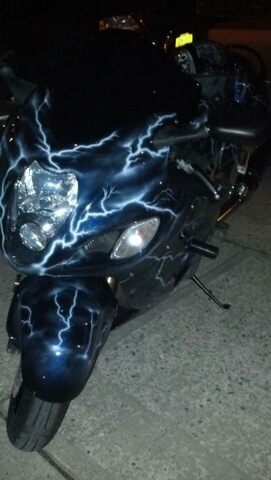 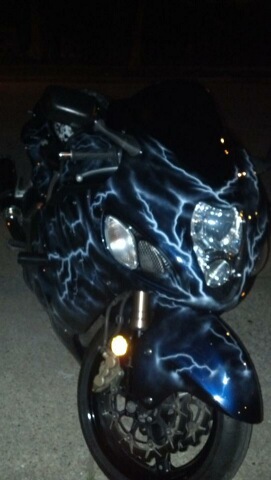 Registered
Do you want to make it stand out or do you want to make it unique? Bright yellow paint will make it stand out. But making it unique takes time. Don't rush it and it will come to you. Both of my bikes are unique in there own way and if there were 100 other Busas of the same color next to it I would be able to pick them out easily because of the little changes that I have some to them. And he's you can be unique with chrome or blacking it out but you have to do something that makes yours different from the rest.

Registered
I agree with the paint idea. The paint will make it stand out more than anything. Honestly I went with the performance and use-ability aspect. I dont really have much of any chrome and kept it stock length. I love the red and black 06 color. Nevertheless paint over chrome any day in my opinion.

I'm gonna Lamb-Baste ya here. The guy wants it to look cool. How are all the little pieces that nobody see's gonna help a dude get laid.

Just kiddin' I have no idea what his intentions are for getting a custom look going. I'm pimpin' my ride....but I'm married.???

Laonardo48 said:
hey I have a stock 2006 hayabusa, and i need some ideas to make it stand out. So what can I do to make my bike not a plan stock bike anymore?
Click to expand...

Here is an idea I have pondered for years and will probably never attempt. Check into low voltage fiber optic lines and see their versatility for how they bend.

What I want to attempt is to make the bike look like a wire frame in lights.

Imagine taking the front fender and drawing what would be a wire frame on it.

Kinda of like a spider web with lines running 2 to 3 inches apart lenth wise and perpendicular to those whine following the curve of the bike.

The next part would be hard to do by hand and this is why i haven't eben attempted it yet.

reccess of those lines. This work would have to be done to exacting standards to make it symetrical in appearance.

make up for the rigidity lost by the grooves where the fiber optic lines are running.

If your still with me on this you can probably understand how tedious and time consuming this would be.

The end result at night in my opinion would certainly stand out... especially if nobody thas done it before.

You can get a similar looking effect with thin reflective tape laid out in the wire frame style. Shine a bright light

on it in the dark and it will mimmick what I am talking about here just to give you another way to assorb what I am attempting to explain here.

coat it with a suitible material to have a surface you can work the grooves into for the fiber optic lines.

I think it would look very cool at night while moving or standing still on display.

Add the lighted wheels like we see described in the other thread showing how they are built and your bike would definately be a one of a kind.
You must log in or register to reply here.