Donating Member
Registered
If anybody is feeling REAL patriotic, and wants to give their Busa away so this guy doesn't have to ride around on a lowly CBR, please respond to this letter I received in my email: ???


I am writing to request Free new Hayabusa be given to me.

My name is Jonathan D. Jennings. I am a USAF military member and a former
US Marine, and am currently deployed. . I have served my country for over 17
years and have Deployed numerous time. I am currently deployed, and have
come to a realization, being a single father in the military, that I will
NEVER be able to afford this Bike. As a Single Father now living in the
State of Mississippi it is very expensive to gain custody a 7 Y/O Daughter.
A battle which I would spend all of my money to obtain. I would love to
have a good quality Bike like the Hayabusa to travel around the country, as
well as an everyday driver to take my daughter to school, drive to work and
for pleasure. I realize that this request is probably way out of the
ordinary, however if I don't ask I would be doing my daughter, and myself a
disservice. She loves for me to pick her up from school on my old Honda CBR.
I have seen several shows where homes were fixed cars were restored and so
on. I would Love a new sports Hayabusa I could be proud to display and
drive.

In closing, what I am Asking for a Hayabusa or similar vehicle which will
afford me and my daughter the enjoyment of traveling around on the finest
bike ever made. It would be my pleasure to drive this Bike will last me for
a lifetime. Thank you for taking time to read this letter and consider my
request. I will return from Deployment sometime mid-November 2013 and could
be reached at Jonathan D. Jennings 341 Lorraine Ave Pass Christian MS 39571.
I can be reached now at jon.jennings189@yahoo.com and upon returning home at
(228) 342-6112.

Registered
send me one too. I sing to deaf kids in my free time.

Registered
Wow.. What a piece of work...

If he's for real I don't blame him for asking.

Blanca Busa said:
If he's for real I don't blame him for asking.
Click to expand...

???
Why? Because he has served the United States in a military capacity...I thought that was done as free will and not self serving. I agree with Bots in it's a disgusting request as if anyone "owes" him something for serving the country.

He should be happy for what he has and not what he wants. Besides, not being able to afford a new bike would certainly put him in a position not to maintain it, insure it and let alone travel around on it.

I say piss off. Get a second job.

Registered
send him a (free) credit app its still 0%

Registered
ha ha ha h a h aaaaa ummm yaaa. Buy on like the rest of us had to.

Registered
I want one of them UGR Lambo's. im just a poor civil servant....:angry: can anyone help me?

Registered
Wow, he has a job....Suzuki is running 5 years 0% interest if you can't afford less than $200 per month for a bike payment how are you going to afford insurance, gas, tires, chain grease......... Being able to afford a vehicle doesn't mean you can pay for it.....heck I could go buy a brand new ZR1 vette and make payments, however when it needed tires all I have is a nice fast car that is sitting on blocks. Affording a vehicle means you can maintain it not just buy it.

KvHotDog4 said:
Wow, he has a job....Suzuki is running 5 years 0% interest if you can't afford less than $200 per month for a bike payment how are you going to afford insurance, gas, tires, chain grease......... Being able to afford a vehicle doesn't mean you can pay for it.....heck I could go buy a brand new ZR1 vette and make payments, however when it needed tires all I have is a nice fast car that is sitting on blocks. Affording a vehicle means you can maintain it not just buy it.
Click to expand...

Donating Member
Registered
I have got Hayabusa and I am also willing to give him one of my BMW 1000RR I am going to keep the gold one for myself since it does have some right side fairing damage from a tip over in the garage. But I don't have the money for shipping can anyone help me get these to him. 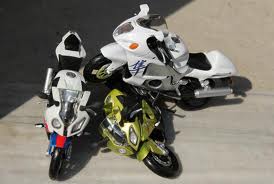 Donating Member
Registered
It's a SCAM and if it's not, contact his commander at the command that he claims. I'm sure they'd love to know someone is using them as a fake and scam to get free stuff!

P.S....he doesn't deserve ANYTHING! Send him a link to this thread and I hope he sees people blasting him. A MSgt/E9 can afford about any bike he wants if he has a clue or budget in life. If he's for real, he will respond...

Registered
Tell this guy to kiss MY ass! I too am a MSgt in the USAF, have been serving for 18 years, and am currently overseas, away from my wife. When he gets back, let him get a loan and buy his own--like I intend to!

Donating Member
Registered
Talk about exploiting veterans. What a joke! How about appreciate what you have.

Registered
I don't know this individual but all you have to do is look @ the pay scale for a MSGT and there's no way he should be begging for a handout daughter or not. They make Bank!!

If and that's a very big "IF" dude is even in the military to begin with he is probably some punk PVT. Looking for a handout cause all his money is going towards his high interest car loan, weekly beer tab, and local strip clubs off post.....

Registered
I heard guys in Iraq get stuff at cost (bottom line) from the factory. All the big car and motorcycle co. hook em up
You must log in or register to reply here.

Merry Christmas to me (Track School)
2

Met Black Sheep today and went for a ride.

Little Ride This AM