Registered
I arrived in Miami in the wee hours of the morning last Friday. Since then, I've driven the rental car - a Dodge Caliber - an embarrassing number of miles and racked up a scary number of minutes on the new Cingular phone I bought in Miami.....

All in the quest for finding the Kings of the Street.

Some of you might have seen my earlier posts looking for folks in the FL area. Well, I was able to connect with a good assortment of guys thus far in both the Tampa and Jacksonville areas. I have to say, by and large, the guys that do make it out are pretty much uniformly good people - from the 17YO kid with a yen for fast vehicles who volunteered to man one of my video cameras - to the guy on leave for two weeks who is heading back to Afghanistan for another stint of service - to the guy who humped it down 9 hours from Tennessee on no sleep after working a 24 hours shift. It is amazing how people from disparate backgrounds come together and interact so well when sharing a common interest.

In any case, both days I shot some interesting video, which I'm going to have to wade through and edit when I return to BC. Both days also featured the inevitable setbacks, broken parts, AWOL participants, challenging street conditions, etc.

Whatever happens on a given day, we try and make the most of it.

Did I mention it was raining when we were supposed to meet in Tampa - and some guys STILL showed! Got some good stuff, despite the modest turnout and early weather.

The night before we met to run in Jax, I got a laundry list from a knowledgable source of the fastest cars in town and why each of them would not be able to run - mostly broken down - a common hazard when running a 1000HP car. My philosophy is this: the people who show up to play on a given day ARE the Kings of the Street for that day.

On the way up to Tampa, I got two calls from guys who I was planning on meeting the next day - both had run into mechanical issues and would not be able to come out. Something about running a 400 shot on the dyno looking for 900RWHP and lifting a head was mentioned. (He's hoping to join me next weekend after repairing the damage.)

I've come to expect this kind of thing when doing my 'events'. People ask me who is coming out and I reply that honestly, I don't have a clue until the morning of. I take a page from the airlines and try to overbook knowing that some people will just not show. Sadly, there can be a serious gap between reality and what I see/read/hear through the internet.

There are some people who I have great confidence in because they are passionate and excited. I KNOW these people will follow through after I talk to them. I can hear it loud and clear through - even through the occassionally crappy Cingular signal. Others are harder to read.

In any case, I'm still hoping to connect to a good bunch of Miami and Orlando people on the 4th and 5th next weekend. I am easy to reach by email or PM (FullTilt(*at*)gmail.com. I'm always looking for good people with fast or interesting vehicles who like the run them hard.

Get in touch with me if this is your cup of tea.

So, thank you to everyone I've talked to or met up to this point. I hope to meet more good folks later during this trip.

Here are some shots from last weekend's action.

This is as business-like as it gets. I think part of the dashboard bezel is stock.
Imagestation.com closed, link removed

Can you spot the reason the day ended early for this massive Turbo?
Imagestation.com closed, link removed

This thing was just beautiful - a class act all around, though it never works out like I expect.....
Imagestation.com closed, link removed

Twin speedbumps - I'm hoping the results of this setup are what I want.
Imagestation.com closed, link removed

What is Halloween without costumes? Medical help was in attendance.
Imagestation.com closed, link removed 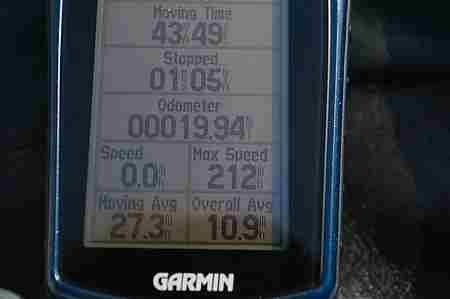 Registered
Early end for turbo bike may be that the chain tensioner bent?

Registered
I'm about 3 hours north of you in Palm Bay.
R

Registered
Right on. The chain adjuster was just a beautiful piece .... to look at.

Didn't perform for crap under the load of a honking turbo.

Sucked to end his day like that. Nursed it back to the base after a creative repair involving eletrical tape and a hunk of plastic.

I hadn't noticed before that you were from Vancover.
That's were I will be this weekend.

I would have prefered to meet you, but bills come first.

I hadn't noticed before that you were from Vancover.
That's were I will be this weekend.

I would have prefered to meet you, but bills come first.
Click to expand...

Too bad I'm not going to be in town while you are there. And also a shame you won't be able to come out and join us to run here.

I need another Busa in the mix here.
X

Registered
Look me up if you are passing through Ft.lauderdale. rkpilot2002@yahoo.com.
E

you've got an email.

Registered
If you want to go to a bike night there is one on WED at a HOOTERS in Pembroke Pines. It right on the corner of Pines Blvd and University Dr. Ask around it should be easy to find...
F

Registered
I won't be around on a Wednesday. The bike nights are usually a little too crowded and chaotic to find good people. No one stands next to their bikes and I don't know who likes to run hard, either.
You must log in or register to reply here.
Share:
Facebook Twitter Pinterest