Registered
Got a 2001 busa about 6 months ago and ran like a dream, but about a month ago had starting and charging issues.
Pulled the rectifier out to find melted wires and plugs... and lack of a plug as I realized wires were put straight into busa plug.
Searched the part number on the rectifier and found that it is for a Ducati 916 and some monsters.

Has anyone ever heard of a reason you would do this?

Registered
Somebody screwed the pooch on that one...probably the old one bought the farm and they stuck whatever they had lying around just to sell the bike...

Good thing you found this before it burnt your bike down around your ears...
G 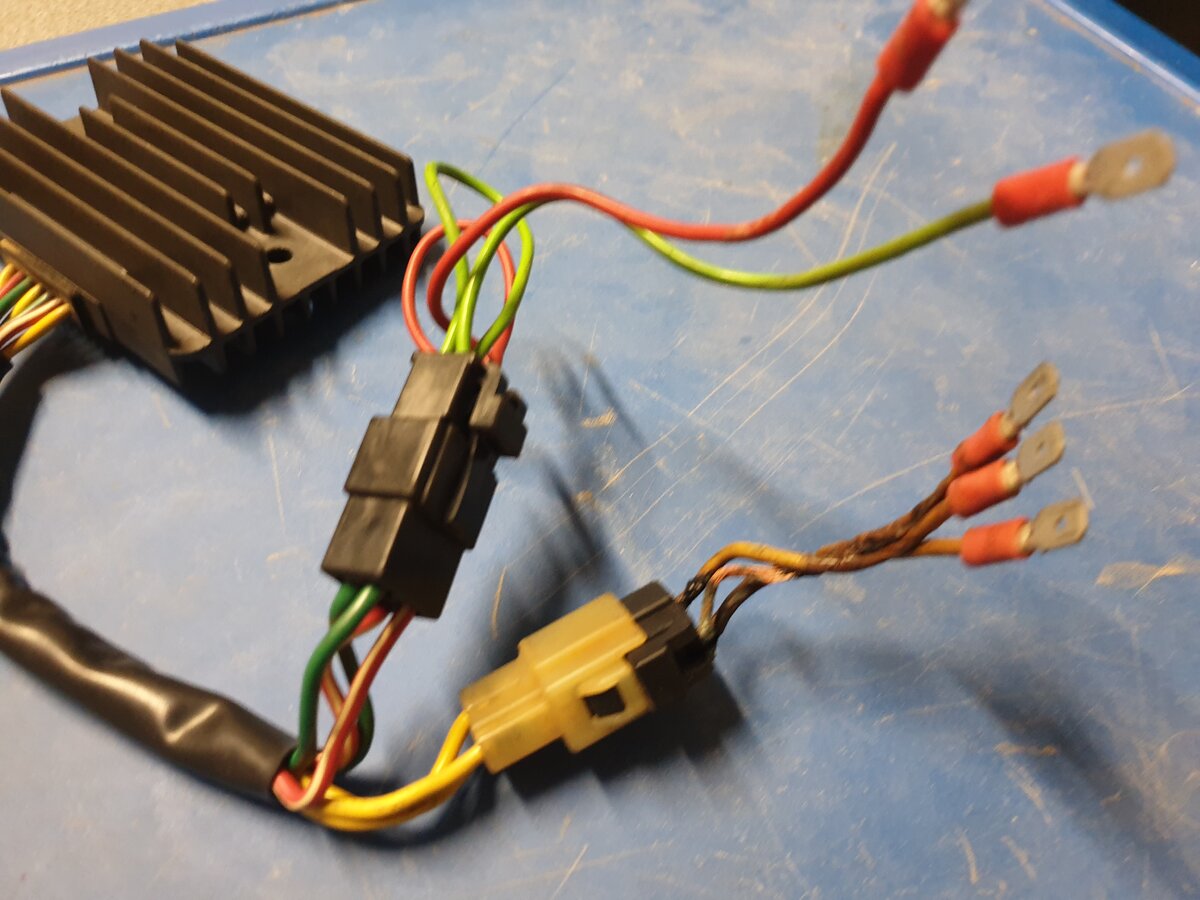 Registered
While not correct the person who did it was a fairly smart cookie. The part is most likely made in Japan by Nipon Denso aka ND .
Its ratings may be similar to the one used on a Hayabusa. Remember it does the exact same job on a Duc as a Suzuki.
You must log in or register to reply here.