Cutting the flap off

Registered
Does anyone have any detail on removal (cutting, trimming) the rear off? I am nervous about cutting my baby up, and screwing something up. Anybody with tips, tricks, or advice?
Thanks in advance.


Should tell you all ya need to know

Registered
Hy ,its essy too cut the rear fender with and exacto or a good blade and finish with sanding paper "i cut mine 3 inc look great (tire seem biger im on 200) k303 all black ....just take caution and time ...good luck...

Registered
Thanks guys, I'll have to try it. Stealth, what did you use to cut?

My buddy used a bone saw.


The plastic is pretty thin, so you could actually use a sharp seratted knife to cut it.

Just go slow, leave some excess to sand smooth, and you will be fine.

Donating Member
Registered
I used a Dremmel on mine. Cut it out beautifully. Then I put the sanding wheel on to clean it up. Took me all of 15 to 20 minutes to do the entire job. It looks very professional. Now I have two of my buddies who wants me to do theirs for them.

Registered
A dremmel would have been great... but I cut my mud flap off last night with just a house hold razor I had in the kitchen. Didn't matter that I messed up a couple times because it sands down nice a smooth. I left the signals and license plate on for now. I probably cut off about 6 or 7 inches. It's definitely nice to see more of the back tire. But now, from the side, it looks like the rear wheel needs to be extended a couple inches to make up for the extra room. I'll take care of that later though. As soon as I get some little LED's and a new mount for the license plate, I'm gonna pull out the razor again and cut the rest of the flap off, turn signals and all. When it's all said and done though, I CAN'T BELIEVE I TOOK A RAZOR TO MY HAYABUSA!!
L

Registered
A strong razor blade ....make a line with masking tape and just follow slowlie ...on the 03 inner fender there is a mark by inside ..could be a god reference ...watever you do take your time ..
M

Donating Member
Registered
you can cut it up real high,re-mount the plate,an' have it look good . in my opinion anyway . here's mine , cut high an' tight. 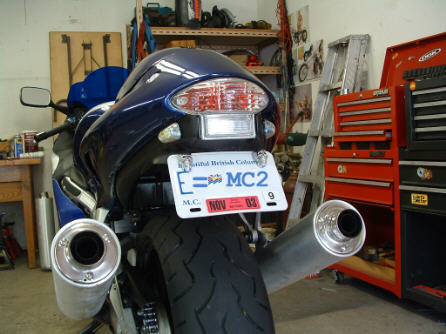 Donating Member
Registered
Nice job RSD, I marked the line I wanted to cut with tape then followed it with a hacksaw blade.
Took about 2 minutes and looks very cool.
Maybe the coolest free mod you can do.
B 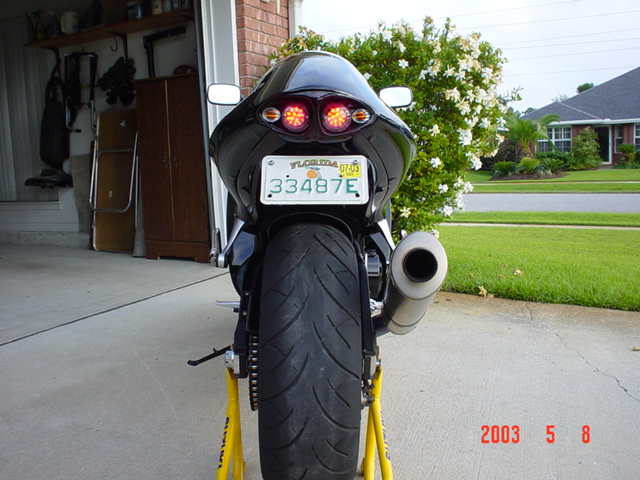 OK OK OK Blas, yours is the coolest.
I think I'm gonna do the same one day when I'm rich and famous.

Registered
Sounds easy, I think I know what I'll be doing this weekend. Thanks
M

OK OK OK Blas, yours is the coolest.
I think I'm gonna do the same one day when I'm rich and famous.
Click to expand...

Oh yeah, if you use a dremel or hacksaw you'll have to use some light grit sand paper carefully to clean off the burrs.

Registered
Hey, are you guys removing the "flappy thing" when you trim it? Or are you cutting it while installed?

Registered
I was planning to do this mod today... I will make a new post with details and pics on how I did it.
F

(Hayabusa Man @ May 29 2003 said:
Hey, are you guys removing the "flappy thing" when you trim it? Or are you cutting it while installed?
Click to expand...

I cut mine while it was still on the bike. Used a dremel with a rotary cutting bit (looks like a drill bit).

Here are some pics of my removed stock tail from several angles. And the aftermarket Mototeck tail that replaced it. 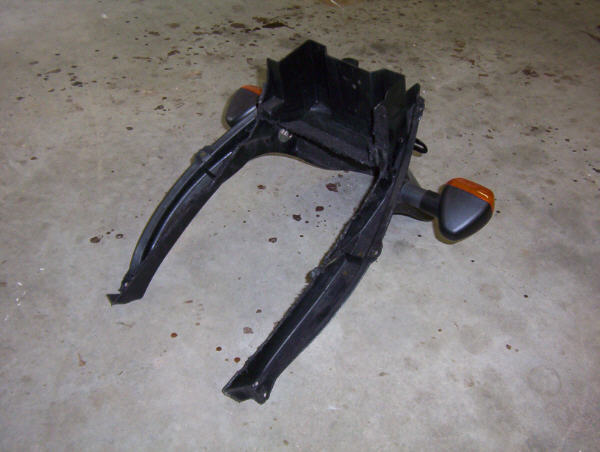 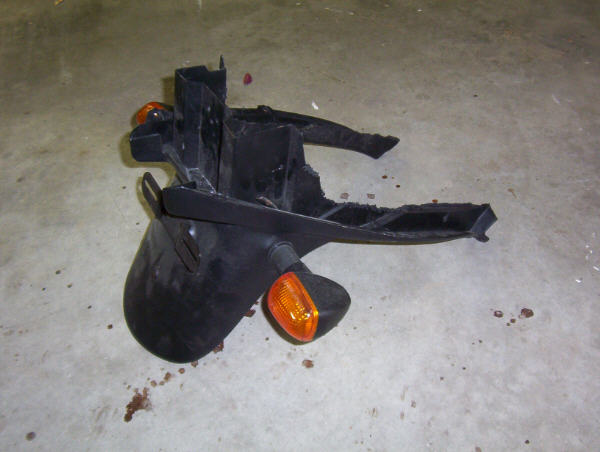 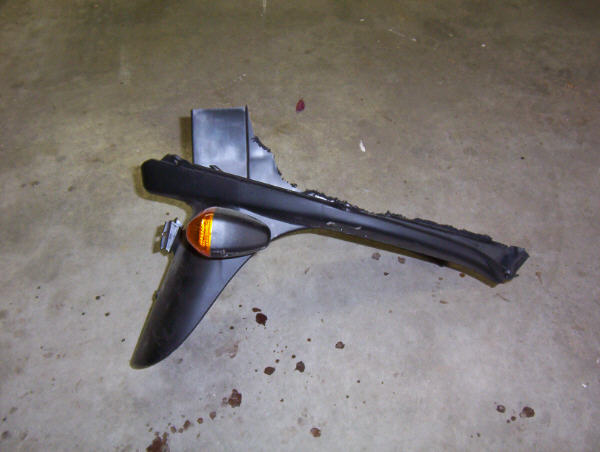 Help w/ removing the BOX under my tail light.

D
Cut her butt off