Crappy Winter Weather Meanderings, Thinking About A Concours, Talk Some Sense Into Me

Registered
Totally bored. Weather here is awful. Burning my vacation at home while I figure out where my next job is (not worried). Spent the entire day looking at used bikes, like I need another one in the stable, but I do want something cheap to put up at my mother's house for when I'm up there. Was hoping for something under $2K, and 1993 or earlier so it can have antique tags and be super cheap to own, but nothing is jumping out at me on Craigs List till I found a 2008 Concours 14, <26K miles, and cheap enough to be an even trade for my Gen I Busa which I could sell in the spring.

I'd love the Connie's hard saddle bags, better wind protection, no-nonsense shaftie, ABS, and more comfort. Never ridden one, but assume it has all that. Then I think about the Busa...

Just read a bunch of reviews and comparisons, including some on this forum where I haven't posted in what, two years? Not that I don't love my fellow Busa riders, but truth be told I bicycle more than anything in good weather and ride my antique 1982 Suzuki GS1100E as much as the Busa - less power - what handling? - but really comfortable and loads of character.

And then I think of the Busa. I really like having a bike that takes no crap from anybody. Yeah, it's stupid to want it for my ego, but which of us doesn't feel that way? And I've looked at the ZX14, but it's so butt ugly that the only thing uglier is probably my Busa. But my Busa, the Gen I, has this purposeful form, all bulbous and round, especially with the tail cowling, flowing like water. She's homely with that bird's beak, but beautiful in a way that no other bike is.

I think I'd miss her. The gut punch that starts somewhere around 3000 rpm and just builds smoothly like no other bike I've ridden - none of that 7-8000 rpm hit like a big sport bike, the Big Bus has been hitting from the get go and if you haven't hooked in by then, you're in bad shape. The rush of that intake sound and the throaty burble out the exhaust. And I love that I can be pouring on serious power without attracting every cop for 50 miles, that I have to plan my corners because if I don't I'll be wayyy too fast without trying and stuffing brakes on this great big bull of a motorcycle.

Wow, you read all that? I said it was meandering!

I've almost talked myself out of the Connie. Gonna sleep on it.

Registered
So just take the Busa down to Mom's. Give you something to look forward to when she starts with "So when are you settling down and getting married?"

Registered
C14 pass . So its pros are hard bags , great shaft drive set up the End ! Cons , beyond difficult valve adjustment ( and they always need them )
Prone to leak at rear diff seal ( most Kaw dealers do not have correct tool to replace ) Lowest fuel mpg of all sport tours with smallest fuel tank , rear exhaust can Extra long ( why you ask ) so rear passenger doesn't get sick from CO fumes yes sir testers of early C14's were getting sick on the back .
So if you put a short slip on the C14 you might have issues riding 2 up .

I am a hard core Kaw guy but the ZX14 / C14 are Junk compared to other options out there . FJR is a better long range sport tour with looking great minus bags when one wants them gone . 6.6 gallons = 303 miles per tank to empty . The ST1300 has a whopping 7 gallon tank making for 350 mile range , best slow speed manners of the three . However looks like ass with no bags on , and hottest bike in the group during warm months .

Take time to research all options . I say throw bags on your gen 1 and call it a day . Maybe add a OEM center stand to make chain service a breeze .

FYI once wife started riding her own bike I sold my FJR1300 with every mod in the book , and then some . Probably the worlds lightest ,making 1 and fastest NA FJR a 161 mph top speed with bags . It was a dam good bike , but compared to my sport tour built Gen 2 hayabusa it cant even compete .

Here is what a good sport tour can do .

Registered
Beauty is in the eye of the beholder, to my eye the Busa is one handsome brute, except for the pipes. I guess you get tired of steak all the time but would not trade it for a hotdog.

AJAY said:
Wow, you read all that? I said it was meandering!

I've almost talked myself out of the Connie. Gonna sleep on it.
Click to expand...

I enjoyed that. Well written.

I wouldn't trade a busa off for a Concourse. An economy car will do everything I need a touring motorcycle for and then some. If you like touring and need to be out in the open air, get the Connie but keep the busa. If you're trying to be practical about your motorcycle ownership, I think that's that's the wrong mindset from the onset. The way to think about it is "how much excess can I maintain and for how long" because motorcycles are not practical. Bikes are something extra. Cars are practical.

Registered
This is a copy , and paste from the Kawasaki forum I'm on zrxoa . Bikenut aka Kenny had this to say to another member who is very happy with his new Kawasaki Versys 1000 .

Glad you are enjoying the bike, Rick, but I'm not surprised. The V1K is a sleeper and doesn't get much love, but, like the Rex, it does everything well. With the easy to use centerstand, lubing and cleaning the chain is easy. I don't miss either the shaft drive nor the extra 150 lbs that the C-14 has. The power is more useful on the V as the Connie is a dog under 4grand. I put an airhawk on the seat, and once I got the correct amount of air (very little) I'm OK with the seat. Also put a laminar lip on the screen and it eliminates the buffeting.

Registered
Well I have recently been looking for my "next" bike and I realized that it is very hard to replace what the Busa does so well. My conclusion was get another bike but keep the Busa. To be honest, I have regretted selling all of my bikes. But the Busa is so unique, you will miss it! 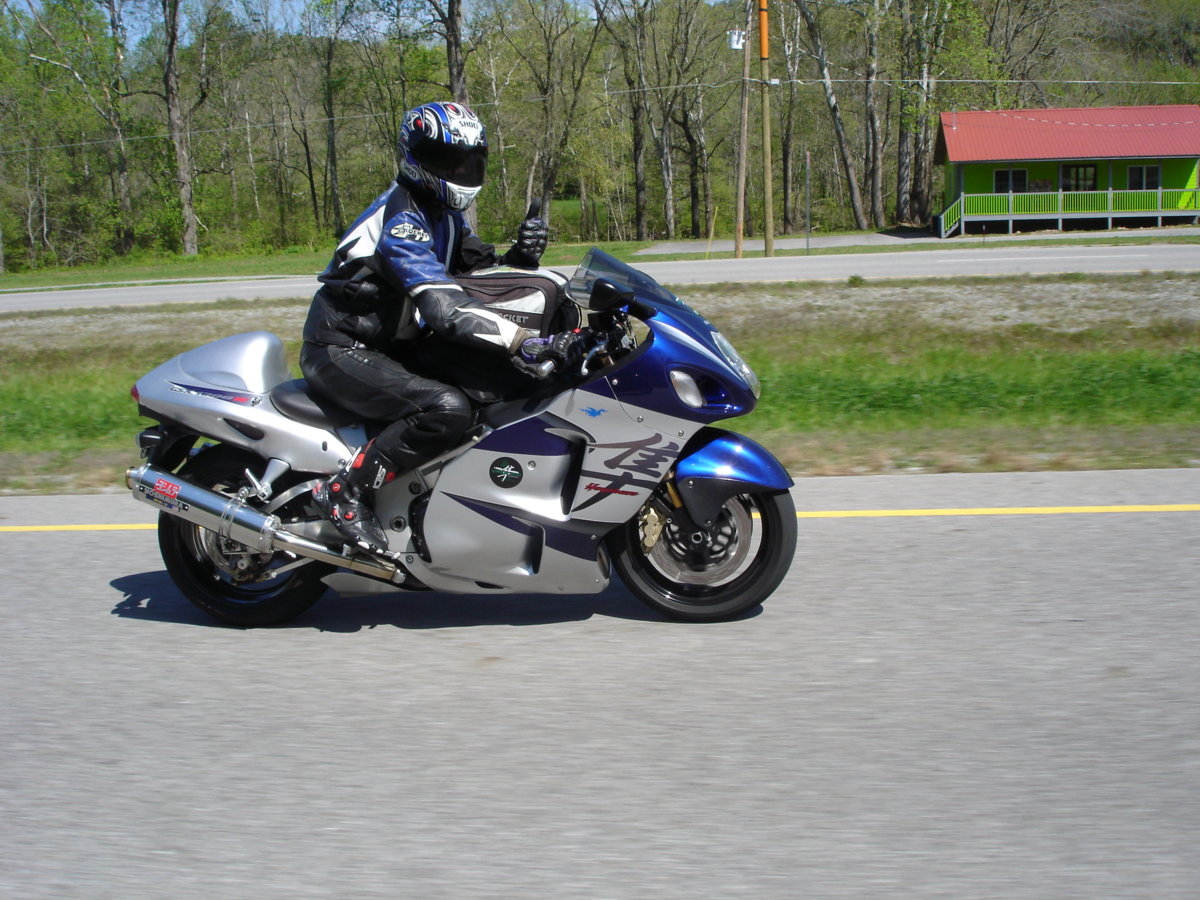 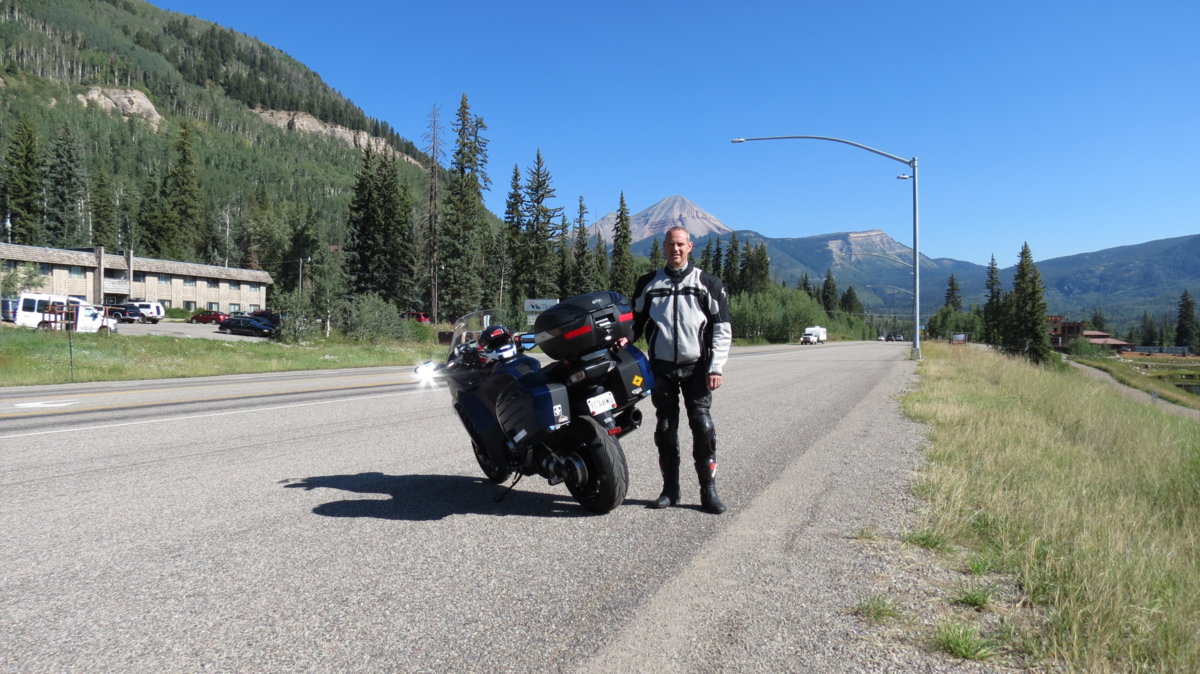 Registered
Well I own a Busa and a C14.

Both are excellent bikes. IF you want a C14 make sure (IMO) that you get a 2010 and up. The 2008 are first gen and 2010 and up are 2nd gen.
I have never heard of any one getting sick because they used a slip on. I have a V&H CS-1 on mine and never had a problem.
I tried to put a Rostra on my Busa and NEVER got it to work right - very few Gen I Busa owners ever did either. Gen II's seemed to be doable in comparison.
I put a McCruise on my C14 and it works better then the 4 wheel vehicles that I have. Many more features and adjustments too.
One thing it does is if you stopped at a Rest Stop and turned off the bike - then got back on the highway and hit resume it would go back to the set speed.
Even my cars won't do that after they are shut off.
An adjustable windscreen is nice and when set correctly it's almost silent (no wind noise) which only happens in a full tuck on the Busa.
The shaft drive is nice and I've never had any leaks. The tank size is the same as the Busa 5.8 gallons. The range on both is almost the same even though
the C-14 weights about 200lbs more. TPMS is standard.
I installed a rider backrest and it really helps keep me in control as I can't move back too far when taking
off real fast. It's about as comfortable as my old GW but with a lot more power.
When it's cold out I would much rather ride the C-14 - when it's really hot out I'd rather ride the Busa.
Lucky for me I have both.

One thing I will agree with C10 on is the valve adjustments are more complex but many guys do them because they don't trust a dealer to not do them and say everything was fine and then charge them a fee.
When the time comes I plan to do mine myself and I'm not afraid to do it.

So the OP can do what ever he wants but I'll keep both bikes. Donating Member
Registered
Ive not missed a center stand on the Busa since I bought this.

Registered
I looked at the Connie very seriously. For 2018 they only come in blue but it is a beautiful bike. Features and equipment is solid, performance is pretty decent too. All bikes have their issues (the busa is a remarkably trouble free bike), but I know several guys who are experienced road warriors that are on their 2nd and 3rd Connie.

Registered
Thanks for all your responses, guys! Really enjoyed reading them.

Though the Connie 14 I found was (is) a bargain, I've talked myself out of it. Not that I can't afford to own both, but I just don't want to own another expensive motorcycle for the amount of riding I do nowadays. I can justify another bike in the stable if it's an antique (cheap insurance, one-time registration, no inspection, no annual registration, no stupid Virginia annual property tax!), but a newer Concours would be a Connie or Busa decision. Busa won. Done!

There is an old-model Concours with low-mileage, not running that I might look into. But maybe I should get a lightweight toy for my mother's house, a dual sport or maybe a cheap Japanese cruiser. I'll keep looking.

This weather is getting to me - serious bike fever! - happens every year.

Thanks again for your responses!

CBXRider said:
Ive not missed a center stand on the Busa since I bought this.

Not ever sure what this is, but I do have a center stand on my Busa. Lost the belly fairing, but like the convenience of the stand.

Moderator
Donating Member
Registered
Dont feel bad, I am considering selling my 09. Going to get back on the beemer or a Connie.

Registered
One of each for me. 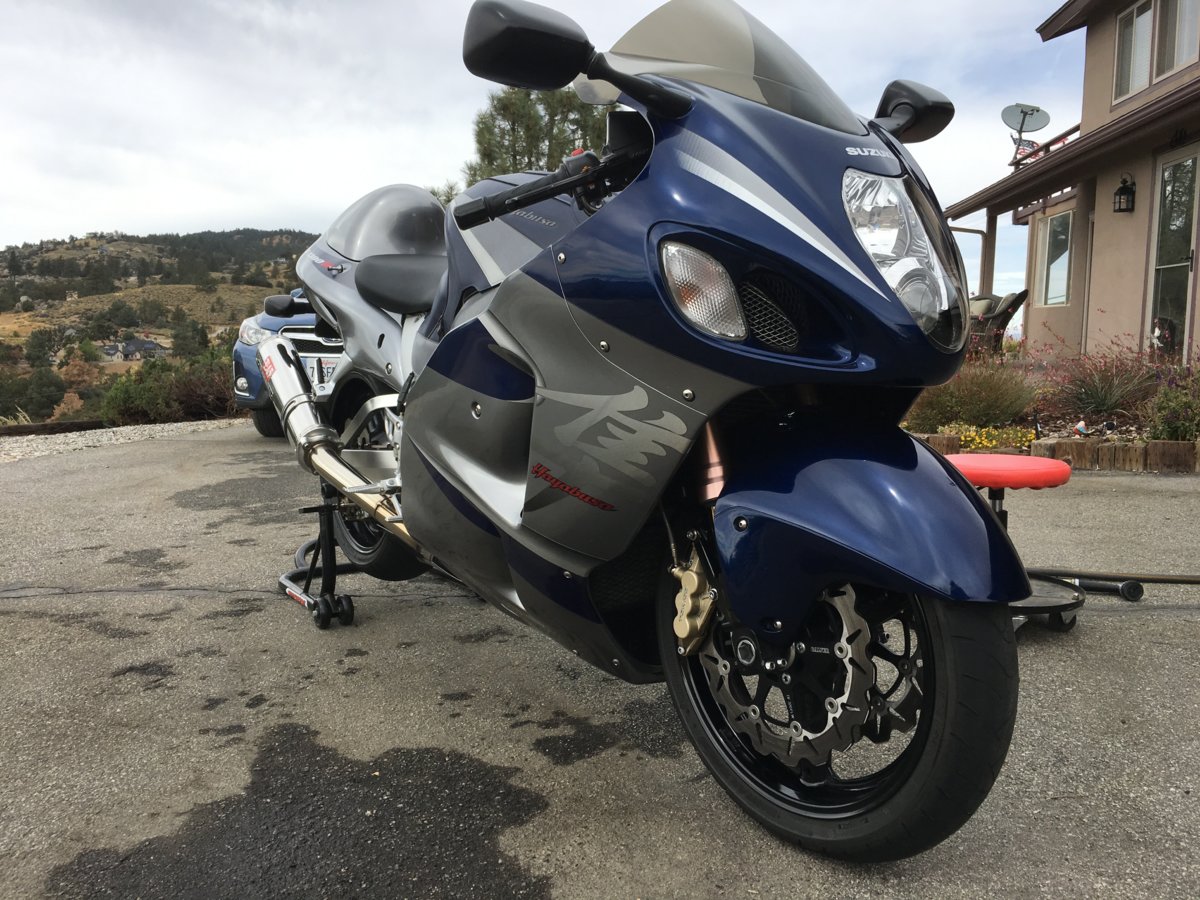 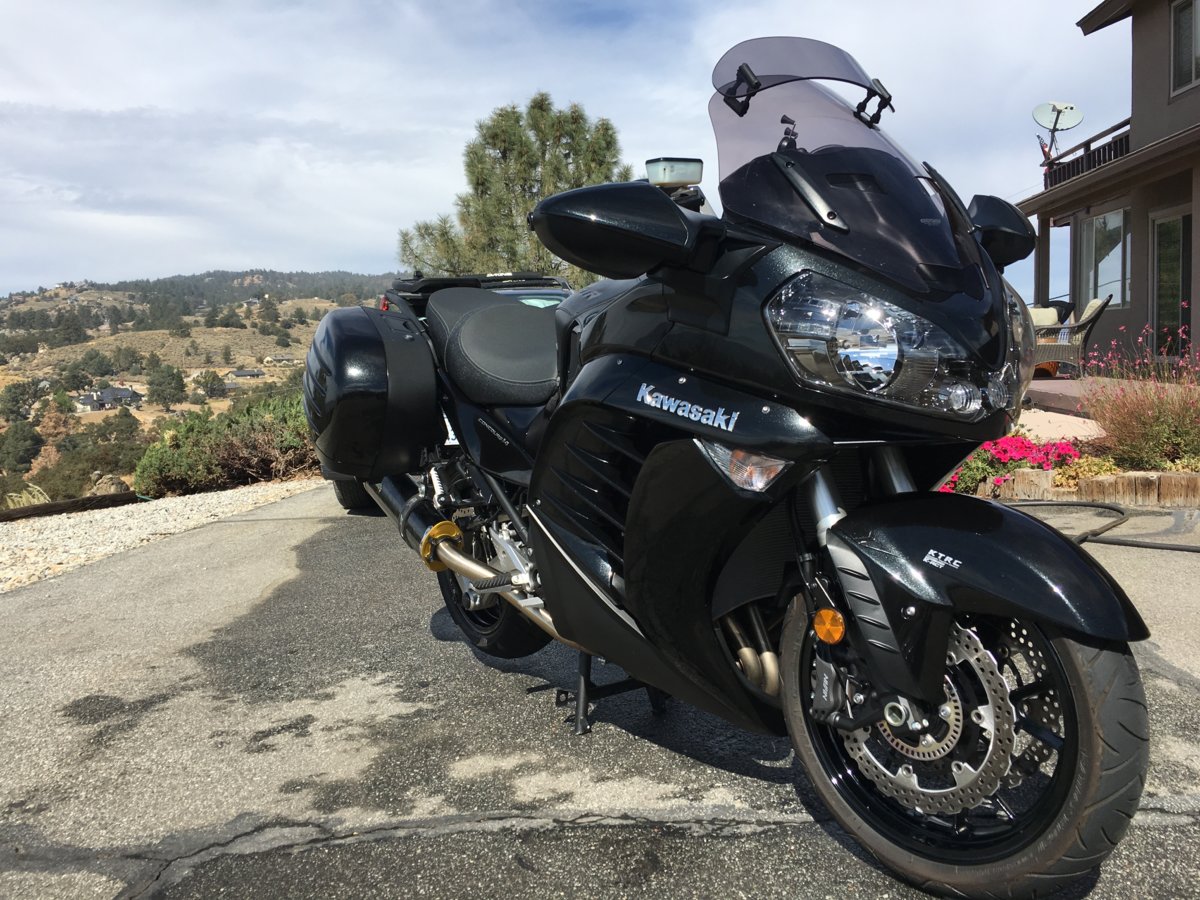 Registered
Not that either of them are my particular cup of tea but why is the K1300GT never mentioned in these conversations? They can be found for a song and from what I read it was even faster than the C14. 160hp and 100lb/ft. I dont have a horse in this race, just an observation. 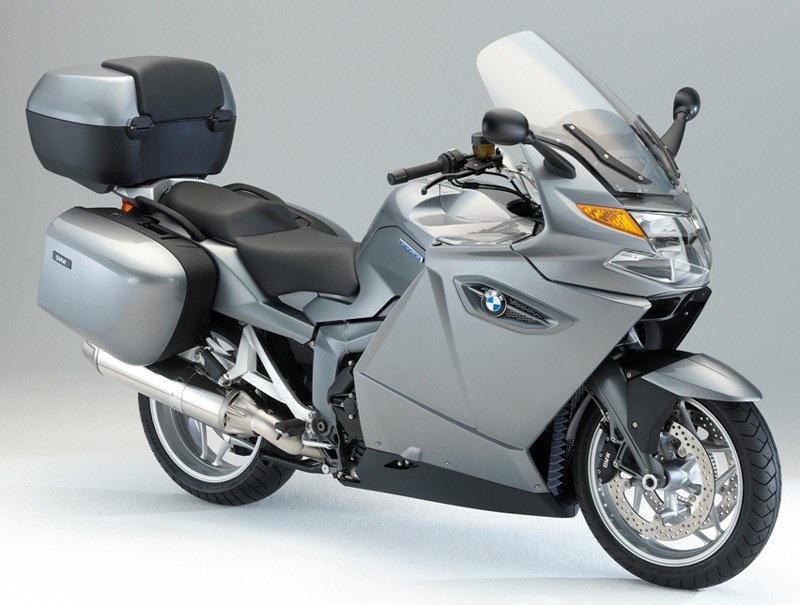 Registered
Haven't seen one for sale anywhere! Pretty rare bike. The R1100, R1150, and R1200 series are prevalent around here. Would definitely consider and R1100S for a good price.