Registered
CCS100 liberated from my previous ride, FJR1300, and newly installed on the Busa with many thanks to this site. Old style vacuum model with the servo and vacuum reservoir tucked under the gas tank. And look ma; no control pad! 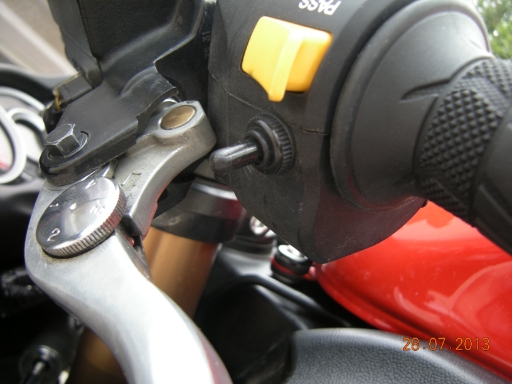 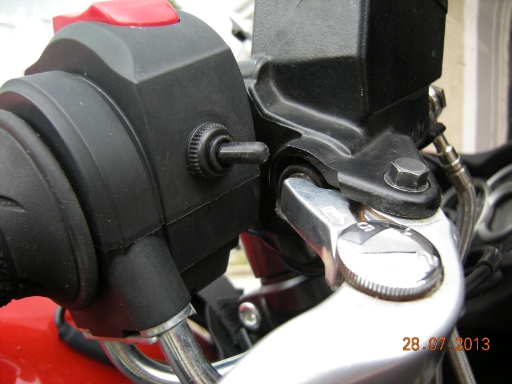 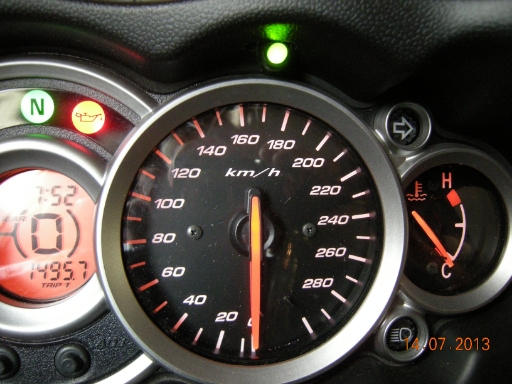 Staff member
AWESOME! That is a great idea, clean and smooth all the way around..

Registered
I would love to see more details on this!

Donating Member
Registered
I am not too fond of the switch, but I can appreciate the effort and research that has gone into the project. Although, I do like the low vis aspect of the switch and the light mounted above the instrument cluster. This has my brain working and thinking of winter time mods.

Registered
I had the chance to really test mine out on the trip to Reno this past week; it worked great! It made the ride so much more comfortable! I felt like dancing! :-)

Toggle switch installation:
- Take the control pad and heave it as far away as you can.
- Run the yellow, brown and green wires directly from the servo to the left bar end, using the existing wire loom to enter the low/high beam bar end switch housing. 22 gauge wire is all that's needed.
- At the servo, feed switched 12V to the red wire and jumper the red and the brown wires.
- At the bar end, once the 3 wires are fed into the housing, solder the brown wire to the center post, the yellow to the right, green to the left. A short (1/8") piece of shrink wrap is desirable on each of the 3 terminals.
- The switch itself is what's called a momentary on/off/on, meaning that at rest it's in the center position (off) and is spring-loaded to return to its center position from left or right.

Advantages:
- With the addition of a rubber boot, the switch is weather-proof.
- No need to take your eye off the road; for 'resume', simply grab the switch with your index finger and pull it. For 'set', push the switch to the right.
- Easy speed adjustments; to increase the set speed, pull the switch for a 2 mph (I believe it's 2) incremental increase. Toggle right for decreases.

Without an on/off switch, the cc is turned off use of the clutch, the brakes or by turning off the motor.
- To eliminate the surprise cc engagement when you think the thing is off and you're in the middle of a tight maneuver, I suggest the addition of the on/off switch. It simply interrupts the 12V at the servo and it can be placed anywhere on the bike, again, using 22ga wire. I ran the two wires to the right bar end, again using the existing wire loom. That switch should also be mounted horizontally for ease of operation.
- The LED + can be fed from the switched side of this toggle switch by tapping into one of these 2 wires near the steering head. The LED is suspended on the black piece of trim above the tach/speedo gauges. I drilled a small hole vertically in that trim piece so that nothing will show when the LED is removed. BTW, that trim piece just snaps into place and is easily removed. Once removed, with a length of haywire, snake the LED wires around the front of the cluster to the bottom side. No need to remove anything else.
R

Registered
This may help decipher my mumbo jumbo above. 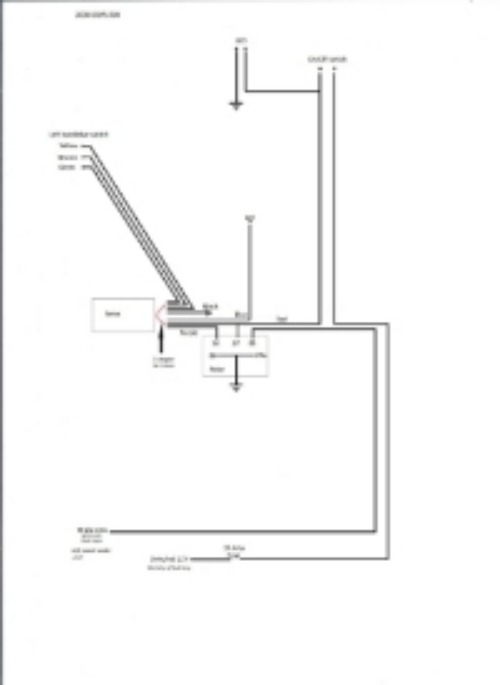 Cruise Control installed, comes on but not engaging. HELP
2 3 4