Cerberus said:
Really sad!!! Prayers to the friends and family.

I can remember a time when I have done something that I later look back on and say that was really stupid and I'm lucky to be alive. I learned from thoes mistakes.

These guys made a very poor judgment call to ride like that in that kind of traffic, and now one paid the highest price.

Dude, I was thinking the same thing. Not just about the way I used to ride in my younger and much more stupid days but at work at the lake at home it's funny how my perspective has changed not to say I don't still have a case of the dumba$$ sometimes just ask my wife.

Donating Member
Registered
The lead driver cut off his buddy, gave no space to let the driver in front know he was passing. Man got knocked off and flipped into the oncoming van. Mr. Bogus is right..many families were affected that night. Not wishing the dead any ill will but this was a video on how to end your life on a motorcycle. Man you just have to wonder what was he thinking? Sad for all involved.Prayers to all. Wardie

Registered
sad but insane riding in that traffic!

Registered
Sad...
Controlled environment is what those craze for speed needed IMHO.

I am sorry for the family and all those involved. Not quite sure I get your speed comment though. You have a Hayabusa right, not a Hyosung...

Staff member
Very sad... Could have been any one of us doing something similiar. I don't think the speed was an issue as much as the fact they were passing in the same lanes as the cars.. Either way, speed or other motoring traffic we all have seen other riders or we have done something similiar...

Donating Member
Registered
i couldn't have said it better.

Mr Bogus said:
ride like a fool and you die like an idiot... how sad for his family..

I feel worse for the van driver...
Click to expand...

captain said:
Very sad... Could have been any one of us doing something similiar. I don't think the speed was an issue as much as the fact they were passing in the same lanes as the cars.. Either way, speed or other motoring traffic we all have seen other riders or we have done something similiar...

We need to talk

Donating Member
Registered
Everyone that rides a superbike knows the rate of acceleration is tremendous. Looking at the time sequence of events, I doubt the driver of the car realized a collision was about to occur. The driver probably never saw the motorcycle. His attention was on the car he was going to pass and the oncoming traffic. It is the responsibility of the person passing to do it safely. You have to ask, had the rider been driving the speed limit, would the collision have occurred. Do the math on the time sequence and think about how often people check their rear mirrors.

How often do you check your mirrors? 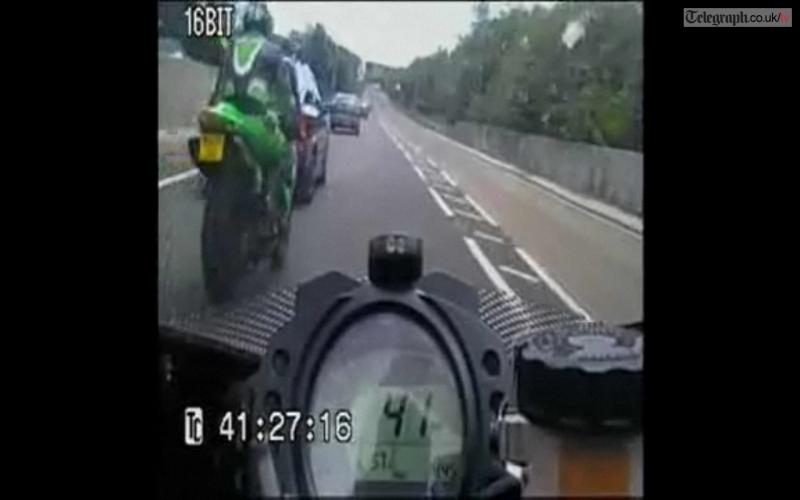 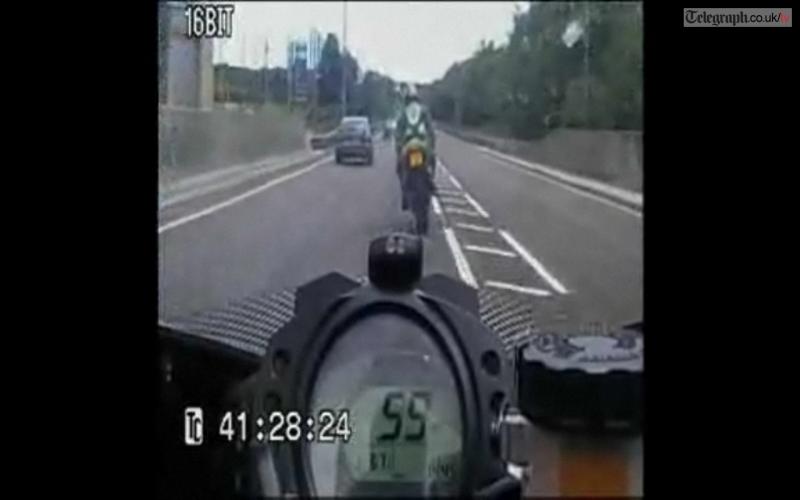 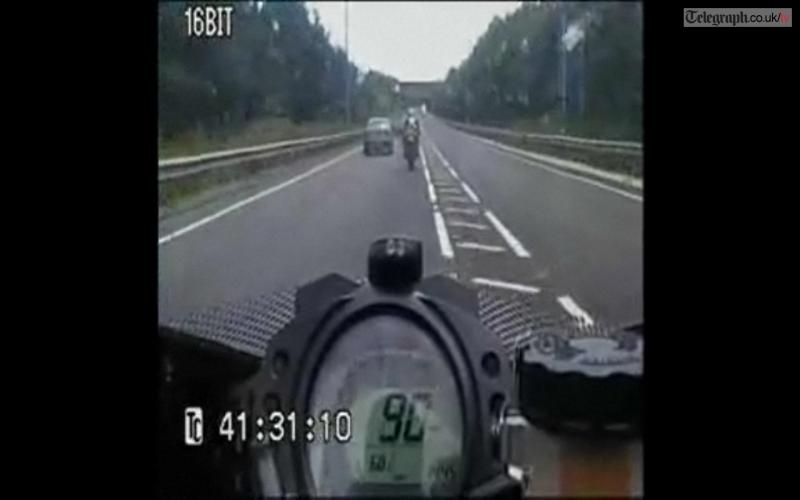 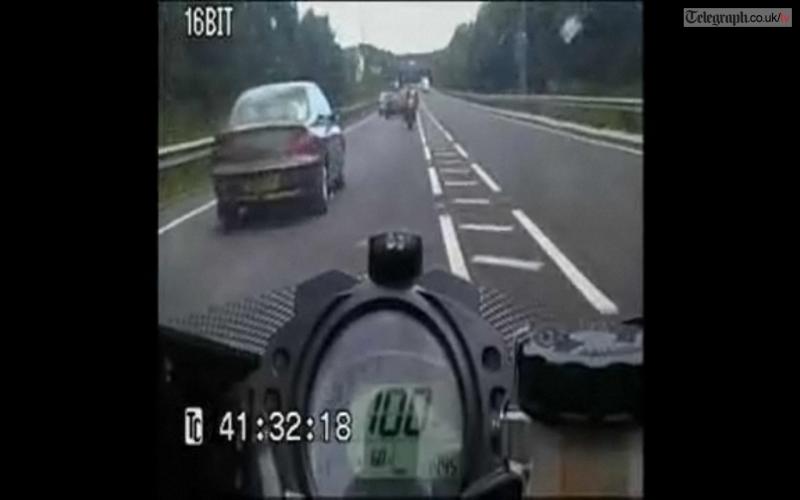 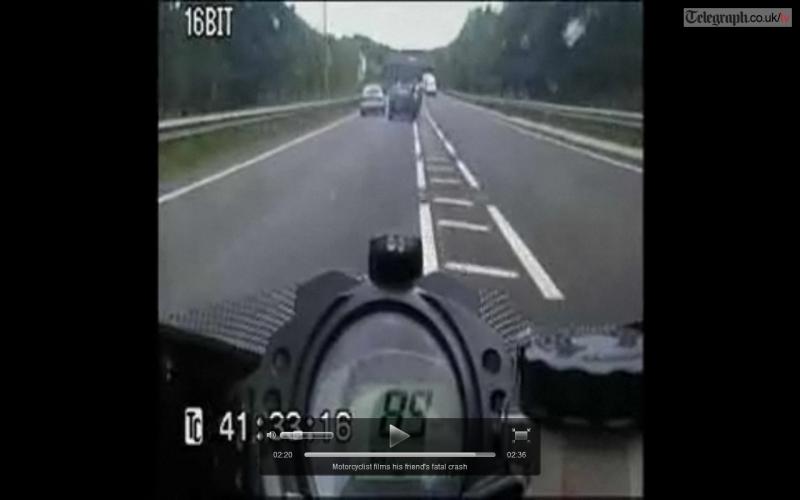 HT_USMC said:
The car that swerves needs to be brought in on charges (whether they stick or not) of some sort just because his driving looked like a deliberate act of homicide. I mean he practically hit the oncoming van himself.
Click to expand...

Plain fact of this type of riding is a wreck was inevitable. Sad for all.

Registered
Trekkie, Your time lapse pics are great and looking at them, I can see that the car, In my opinion, should not have passed with the truck being that close. I DO NOT condone the recklessness of the bike riders. If I rode like that I'd be a nervous wreck. I'd never pass cars like they did because in my mind I see something like that happening and Boom, your dead. It's just not worth taking that kind of chance. Take it to the track where there is a controlled environment. I don't think I could overcome seeing a friend, or anyone, wreck like that. Be Carefull people and have fun.

Registered
Very sad and my prayers go out to all involved.
The most shocking thing to me is the age of the riders involved, and the fact that the deceased had children..... Not getting on a soap box here, but at 38 years old and a father, the thrill of the speed takes a back seat to the importance of being alive tomorrow for my kid. I know no one knows when their time here is up, but each time I ride, I remember that there is someone at home that depends on me and I ride within my limits determined by my environment..
Everyone be safe and remember that everytime you get on a bike, there is someone that loves you and will be forever affected by YOUR decisions.

bazooki said:
Reminds you of so many youtube videos including the Ghost Riders. Sad to see it end in tragedy but not surprising. Was that little car that he collided with actually TRYING to block him? Seems strange that the car would try to overtake with a single lane in each direction and a truck coming the other way?
Click to expand...

Doesn't look like it looks like he was going to do the same kinda pass as the bike. Sad prayers to all parties involved.

Registered
Sad, no reason for it.

Donating Member
Watching it in slow motion, why does the car he hit shift out in front of the rider? Since this is GB it's hard for me to understand, but was the car slipping right to look by the car in front of him to pass, just like how we ride to the far left to see what's coming around the car in front of us? If so, there was a truck coming..,It does look to me like the car he hit deliberately pulled over to cut him off and bounced him into incoming traffic.....I think, based on that video, i'd have a grand jury look into it...
You must log in or register to reply here.
Share:
Facebook Twitter Pinterest