Registered
i woke up to bad news today. My wife called me, as she didn't want me to find out any other way. My friend Aaron "Ginger" Upchurch, is in the hospital.
He was out riding with my brother lastnight after dinner and as they began up the mountain, they traded bikes. Mike got on the sporty Aaron was riding, and Aaron mounted up on Mike's Roadking.
as they proceded up the mountain, at a somewhat quick pace, they cought the attention of johnny law.
Mike pulls over. Aaron pulls a quick U-turn and boogies!

the 1st officer ran mike through a field test, the 2nd officer turned around to see if he could catch up to Aaron.

Mike passses the test as he dosen't drink and ride. the officer noticed a few bottles in his saddlebags. it looks like Ginger stole a couple bottles from the party we had on Sat.

Aaron had a BAC of .2 when they found him.

they beleve he flew atleast 50ft through the air before crashing into trees. the bike was found backwards in a concrete culvert. Aaron was back in the trees.
He never made the 1st corner.

he punctured a lung, broke a leg, had to have a leasion on his brain drained.

i just got a message
"Update on Ginger. he is out of surgery and starting to come around. they are talking about pulling his breathing tube."


i do not know why he tried to run. it's not like you can evade them here.
i hope i get to ask him if/when he wakes up. Oh God, please let him wake up! 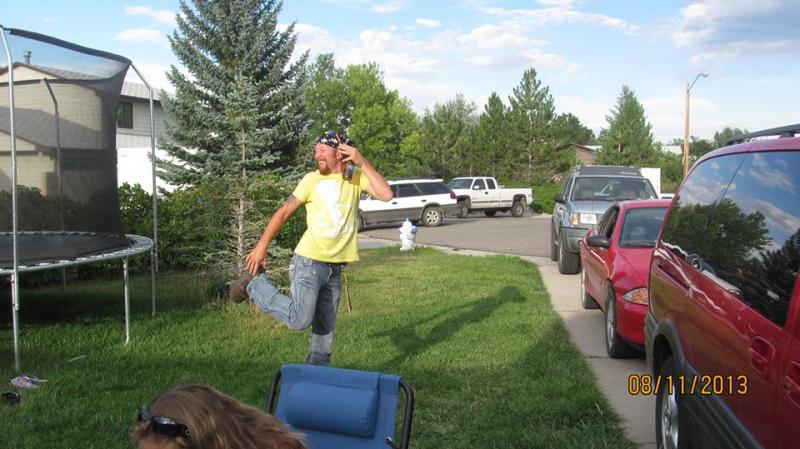 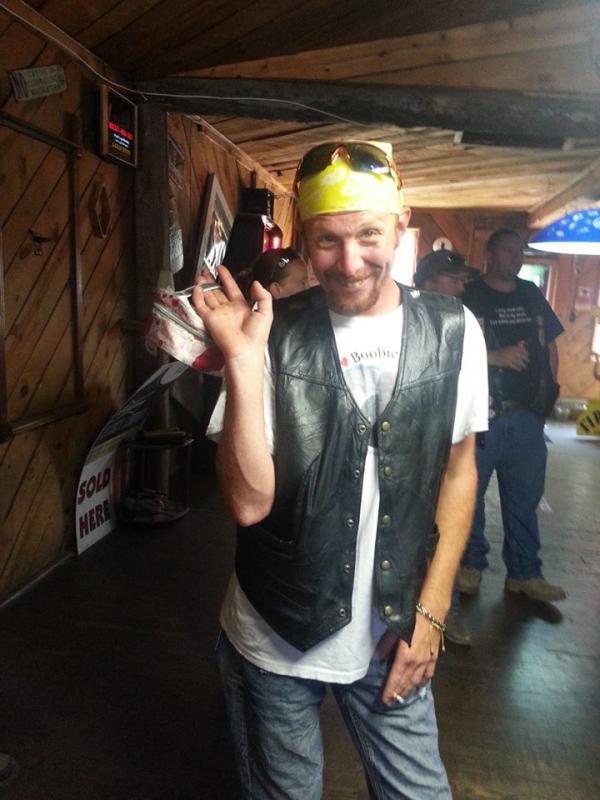 Donating Member
Registered
Sorry to hear, prayers for a quick and complete recovery.

Registered
That's why I stopped drinkin' 8 years ago. Had a bad accident in 99' and received a TBI (Traumatic Brain Injury). It seemed that even after that, I still drank and rode and I stutter from the Brain Injury. Had to make a decision. Sell the Bikes and the Cars OR Stop Drinkin' all together. It was actually a tough decision...I'm still ridin'...I Made The Right Decision. I Love to Drink but I'm Not responsible when I do. I Hope he's going to be alright. That really Sucks man..

Registered
Wow hope he is OK. I finally quit drinking altogether a while back. Could not control it and was sick of trying. My life and marriage are way happier now. I really hope your buddy is OK. Looks like a fun dude.

Registered
thank you my friends.

the next 72hrs are going to be touch and go.im headed to the hospital here soon. i'll update when i know more.
:down:

Registered
Awe man I hope he comes out of this with enough mental ability to make his ass chewing bite and bite hard. Im sorry for his injury's but its all on him, How in the hell did he think he was going to get away on a HD in Wyoming? Hope he heals up.

Donating Member
Registered
why are the lessons in life we need to learn , have to be done the hard way and just not told to us and accepted.

chrisjp said:
why are the lessons in life we need to learn , have to be done the hard way and just not told to us and accepted.

Because alot of us cannot be "told" anything, we have to learn for ourselves. Unfortunately the learning can hurt in certain circumstances. It is better to learn from your elders mistakes but some (me) in our early years choose to learn on our own terms. It sucks when reality meets mortality on a bike.

I also caught the bit about him stealing booze from your house party.

Mistakes can and should be foregivin' in most circumstances I suppose.

Sounds like he has some issues and a tuff road ahead.

Registered
Sad. Makes me even sadder when i see crap like that people thinking they are invincible. People just need to realize the will not beat the GRIM REAPER. Why test his patience?

Registered
well, he is going to live!

we don't know the extent of the brain damage yet. he began thinking he was in 1977 when he first woke up. he has now progressed through 1998, 2008, and he is up to thinking it is 2011. he knew who i was by the sound of my voice today. i told him if he would open his eyes he would see me too. they have him pretty sedated. so he's doing a lot of sleeping. letting his brain heal.

He collapsed a lung, broke a femur and now has a nice rod in it, and fractured the left side of his skull.
he has a long road to recovery ahead of him. Thank you all for your prayers and kind words.


oh, and my Brothers Roadking is a total loss, even with full coverage, he may still end up owing about $1000.00

Registered
Wow! It's amazing what a simple choice can do! I hope your buddy heals fast....
You must log in or register to reply here.

Your busa may fall from it's throne
2

AWESOME!!! Read below pic before making judgment on 'The Finger' gesture and you'll u
2 3