Donating Member
Registered
I got my Beltronics STi driver radar detector from Radarbusters.com a few days ago, after about 15 minutes it was installed and ready to use on my Busa!!

Ordered a direct cord for connecting it directly to the battery, ran the wire along the frame (right hand side) using clamps already present to hold it in place, and got it out along the throttle cables.

I then tries to figure out the best way to install the detector and i was surprised that using the small windshield bracket, the detector went perfectly well in the forward section of the upper, just above and resting a bit on top of the instrument cluster. I gave it a few road tests and the thing is stable as hell... Doesn't seem like the cups would let go! 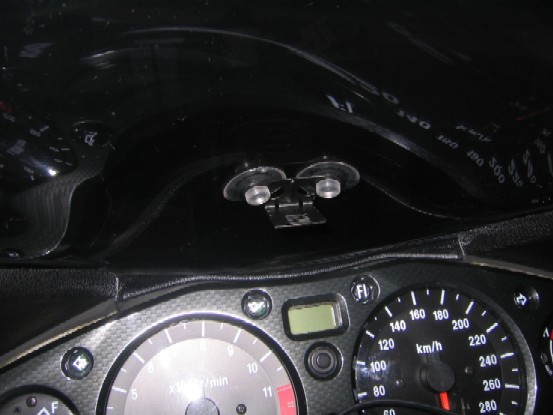 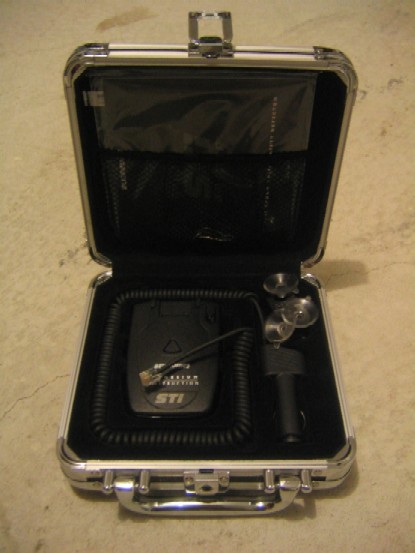 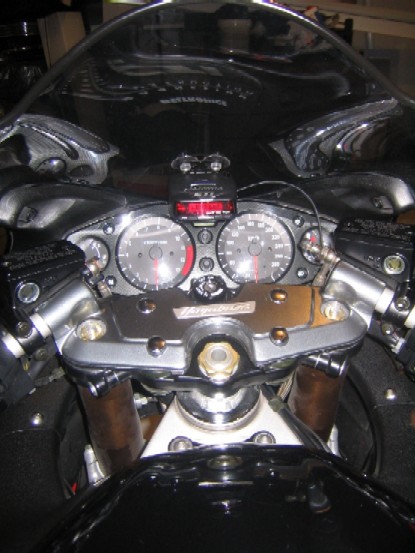 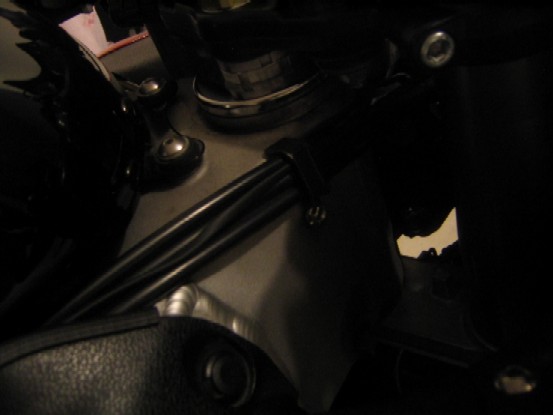 Donating Member
Registered
Very nice, was it delivered by the secret service in that fancy briefcase or is that from deal or no deal.

Donating Member
Registered
when you tested it out, did you go by a bunch of grocery stores and see if it went crazy? Did you actually find a cop and test it? Did you have a friend thats a cop directly shoot it? Need more info on if it works or if its just pretty.

Donating Member
Registered
I still need to install my Escort I got a few days ago (Grouper Buy). I also have the direct wire and will take your advice on the location to run it.

I will probably install mine with the cups for now but would like some type of alternate in the future. I hear the tint in shields may limit them??

(V8N3T @ Sep. 03 2006,12:04) when you tested it out, did you go by a bunch of grocery stores and see if it went crazy? Did you actually find a cop and test it? Did you have a friend thats a cop directly shoot it? Need more info on if it works or if its just pretty.
Click to expand...

Most false alarms (like stores surveillance equipment) are on the X band and i was told that besides NJ, all radars are on K and KA band which barely ever give false alarms, so i just turned off the X band scanning.

The thing works like a charm, i've tried it in a few states. Only in PA did i have some problems because they use instant-on radars which only give you a few hundred feet warning when activated, since when its off it cant be detected!!

Here in Quebec and Ontario (as it was in NY) the radars are passive and very predictible, giving about 2 miles before warning start (its gradual too so you know you're actually getting near it).

Overall i am absolutely satisfied, specially for use where i live! I guess you first have to make sure of what type of equipment is used in your area first.

I will probably install mine with the cups for now but would like some type of alternate in the future. I hear the tint in shields may limit them??
Click to expand...

Installation with the cups is fine if the roads in your area are generally smooth. If like me the roads are sometimes rough and a bit bumpy, i'd use a stem mount (this what i use except when i also need the GPS)

About the tinting of the windscreen, i was explained i doesn't make any difference because it is only plastic and it has no effect on the waves. The only thing affected by it is the ability to detect laser beams, but this is useless to start with since when it's detected, your caught!
B

Damnit. I was going to ask about the tinted lens also. I have a DARK ZGDB and will be buying a new normal smoke/clear or if radardetector is not effected an iridium one. Anyone else using an RD with dark, color or iridium lens?
B

Seems like the pictures have been lost during the server transfer... I'll upload them again in a few hours
B

Registered
has anybody hard wired the escort 8500 here? i rana search and so far have found very few helpful threads on how to install. the directions they give are minimal at best. just wondering if anyone out there has any advice or tips
L

Mine. Also, I use a small radio shack earphone that hangs out the bottom of my jacket. I've installed a small receptacle between the front of my seat and the tank. When I get on the bike, I justplug the phone into the receptacle which is routed through the frame up to the detector. It tells me in plain language what kind of radar it is after the buzzer goes off in my hear. I love it! 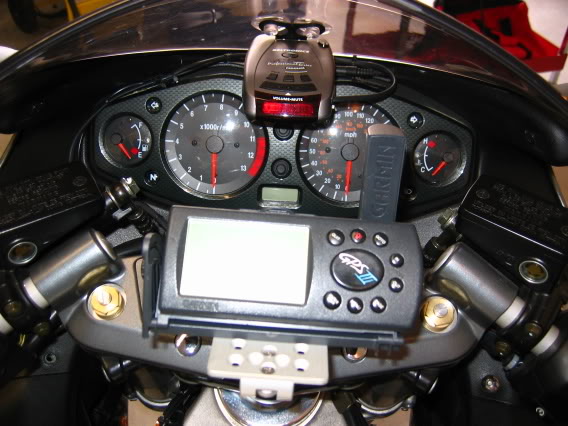 Jul 2, 2005
Creekboy
C
Is anyone using a beltronics sti driver