Here is the first picture of Honda's 800cc MotoGP machine undergoing testing by factory rider Dani Pedrosa.
The new bike has been unofficially dubbed the RC212V, and was tested by the Spanish MotoGP rookie, although team-mate and current championship leader Nicky Hayden didn't get to rider the bike, which appears to be based around a V4 engine configuration. 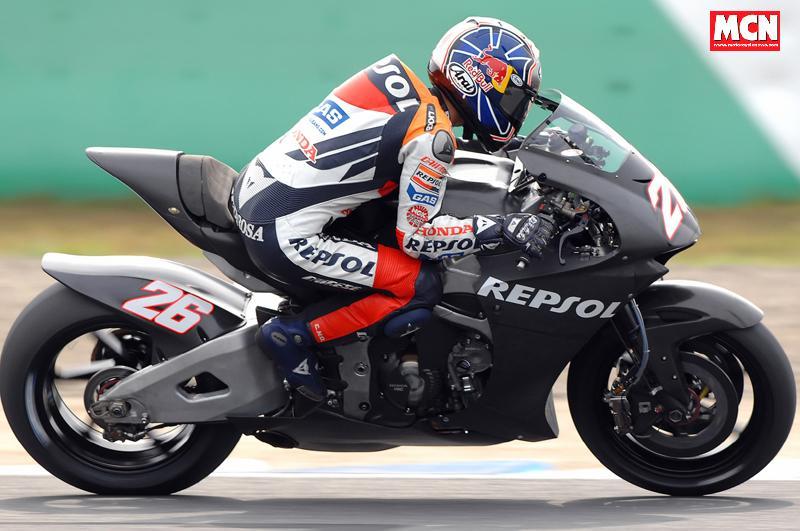 Donating Member
Registered
not for me, I'd like to see the lines in something other than black.

Donating Member
Registered
I like it but why is that swing arm so big and thick looking? ? Shrink that sucker down and drop 10 LBS!!
and paint it black also. yeah yeah I'm sure it's just an early version

Donating Member
Registered
Is that a stinger on the back? The number makes me think NASCAR for some reason. Still a cool looking bike.

Donating Member
Registered
Nothing really sexy about that bike to me! The lines are very pointed and unappealing.

Donating Member
Registered
I thought the Honda was going to be a triple. At least that's what I recall reading...
You must log in or register to reply here.

M
MotoGP - Could Suzuki go all the way