I was going to try Royal Purple oil but I came across this excellent test of multibrand oils. The test is long and comprehensive and very informative and worth a complete read.

Currently I am using Motul 300V full synthetic and not that impressed. I judge the oil based on how well it shifts in the tranny initially and after a few thousand
miles.

Usually I know my oil is pooched when it farts to shift poorly.

Based on the testing I am trying the Amsoil bike oil 10W40.

BTW, all spelling errors intended for hum w/hore us porpoises.... 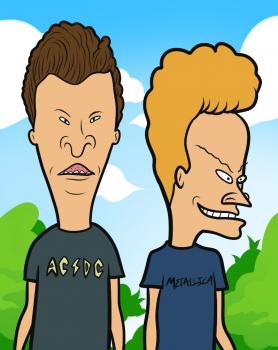 Registered
I read that test a LONG time ago! I was using Royal Purple Multi-Cycle then. It made me think about it for a while. Then I came to the conclusion that they may be a Little Bias. I don't know..I've been using Royal Purple in my 02' Turbo for years and I love it. I use it in my 09' busa, my VW TDI and even my lawn tractor. To each it's own. It's a great oil and I for one, have no complaints.. You ask 10 people and you'll get 10 different answers!

Donating Member
I've been using Amsoil in my bikes for 3 years now...

Registered
I have a load bearing test where Royal purple was at the top but Amsoil was not one of the brands they tested!

I have no ties to Amsoil but there sure is a hell of a lot of BS claimed by MANY oil companies with no data to support their claims....

Registered
Few years back I seen the tests reports from a guy that was selling Amsoil at a bike show. It showed Castrol was better in more tests then Royal Purple and that a few others were better the Royal Purple. He said if it was not true they would not be aloud to print this.

I have a few quarts of Royal Purple for bikes that I never used. I wonder what the shelf life is. I picked them up in 07

Registered
According to the shear stability test, Royal purple went down a full grade in viscosity. That is why I suggest people read the whole paper and draw their own conclusions.

Gear sets found in the transmissions are the leading cause of
shear-induced viscosity loss in motorcycle applications."

Donating Member
Registered
This test was done in 2009. Oil formulations are constantly changing, we need a current test. Just my .02..
You must log in or register to reply here.

Any Amsoil dealers in OK?

Considerable Smell of Fuel in Oil

a simple observation about amsoil
2