10 more days until my surgery..

Registered
I'm starting to get nervous.. ???


Sounds like the rehab process is going to take WAY longer than I expected. I'm supposedly not going to be able to stay home with my son by myself. I won't be able to pick him up. :down:

Looks like minimum 6 weeks before I can even drive my truck.

Alright, enough depression shizzzzzz.. My hip is gonna feel amazing next year, can't wait to rack the miles on the Busa!

Registered
Hip replacement? If so all I can say is everybody I've ever know that's had it done says "Why did I wait so long??"

I worked with a guy that had it done and he hadn't ridden in years because of his hip, in fact he'd given up two wheels and just road 4 wheelers with his wife and kids. The year after his surgery he bought a new Harley and was on that thing every time I saw him in town. Said it was one of the best things he's ever done.

I apologize if I'm way off base since I don't know the whole story, but as someone who has gone through 7 knee surgeries I can tell you that being without pain is worth it. Doesn't make you any less nervous beforehand I know, but just keep looking at the positive side. Like you said, you have lots of Busa miles in your future!

Registered
My mother went through got each one done in consecutive years. The first couple of weeks were a bit rough but she was up and around in no time. The key is to follow their directions and really be cautious in the beginning. People who overdo it take longer to recover. Those timeframes are just guidelines. I would bet you will rehab quicker than you think.

Registered
Just remember doctors give you worst case. They don't want you suing them if they tell you 4 weeks and it takes you 6. When they say 6 and you do it in 4 you're thanking them and kissing the ground they walk on. You're young still (by hip replacement standards that is) so you'll heal quick. Just work hard in therapy but don't over do it..... That's a fine line to walk. Too much or too little PT and you'll be adding time to your recovery. Also keep in mind that you're not always going to have good days during recovery, so expect some down days and don't let them discourage you. Keeping a positive attitude is half the battle. Prayers for a safe, successful surgery and a speedy recovery. I've been through 23 reconstructive surgeries so far so I'm here if you ever want to talk.

Registered
rehab all depends on how well you follow instructions and how well you have taken care of yourself over the years. A normally healthy person will heal faster then someone who doesn't concern themselves with their health. You will be amazed at how well you will heal up if you follow what they say to a tee. Dont push harder then what they tell you to do or you will hurt yourself and be out even longer for sure.

Moderator
Donating Member
Registered
no need to be nervous...if you don't recovery fully and quickly, i'm sure VaB's will volunteer to permanently put you out of your misery...that's just the kind of person she is, caring and willing to do what no one else will do for you

seriously though, i've never had surgery so i can't give any personal anecdotes but i'm sure you'll be fine...who knows, you might be lucky enough to end up with a physical therapist like this 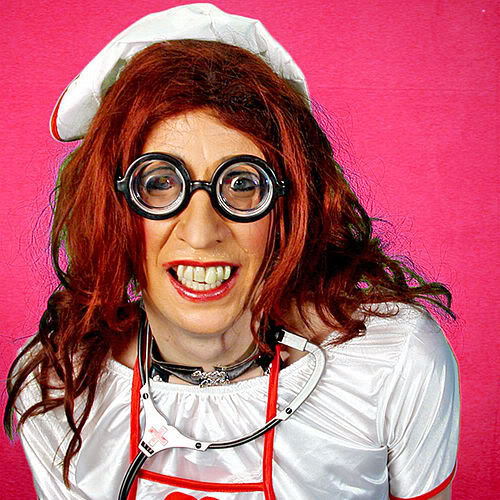 semi said:
who knows, you might be lucky enough to end up with a physical therapist like this

Staff member
Administrator
Registered
Suck it up buttercup!!!! Stop all of the whiny belly-aching and just look forward to those great drugs while you come back around...jeez, you're such a girl!!

I've sent some special requests to your wife...just a few ideas to humor the gang here while you're all doped up...

Registered
In addition to all the great comments on rehab make sure you communicate any questions or concerns to your contact people once you go home. I had home health care nurses and PT people that came to the house. I felt great (no lie, and no, I wasn't high) in the hospital but one of the pain meds started to really wig me out on my second or third day home. Between my wife and the nurse that came to check on me they got my prescription changed to something I could handle. Made all the difference in the world.

VaBusa said:
Suck it up buttercup!!!! Stop all of the whiny belly-aching and just look forward to those great drugs while you come back around...jeez, you're such a girl!!

I've sent some special requests to your wife...just a few ideas to humor the gang here while you're all doped up...

What a coincidence, I made special requests to my wife too, hopefully you have better luck. :down:

When have you known me to back down?

GsxrBots said:
What a coincidence, I made special requests to my wife too, hopefully you have better luck. :down:

Pretty sure she wasn't keen on the idea of dressing you up like a baby and feeding you with a bottle...she told me all about your secret fetishes...she thinks you're gross now...

GsxrBots said:
When have you known me to back down?

GsxrBots said:
When have you known me to back down?

God knows it's not now, as you whine about surgery AGAIN...no really, keep going

semi said:
i've seen you fall down a few times while stumbling over your own feet lunging for Moon Pies but i don't recall you ever backing down

Registered
Good to see the org "support" system is in full effect today..

VaBusa said:
Pretty sure she wasn't keen on the idea of dressing you up like a baby and feeding you with a bottle...she told me all about your secret fetishes...she thinks you're gross now...

The bottle part was her idea...

ah, you remember that night too

Registered
stop being a 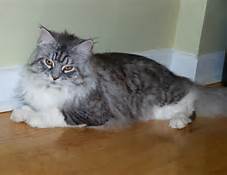 So my Dad's in surgery ATM